Why African Americans Should Seek Therapy, But Don't 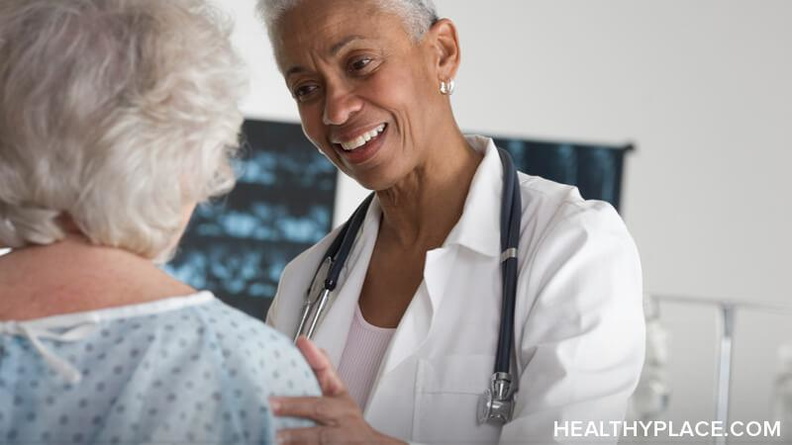 For instance, take studies like the Tuskegee Study of Untreated Syphilis in the Negro Male. According to the Centers for Disease Control and Prevention, this was a study in which, 600 African-American males -- 399 with syphilis and 201 without syphilis -- were being treated for what one researcher called “bad blood” in the early 1930s.1 "Bad blood" included ailments such as syphilis, anemia, and fatigue. The 600 men did not receive cures for the ailments, but in exchange for their participation, they were given free medical exams, meals, and burials. The project lasted for six months, but the study went on over the course of 40 years. Medical experimentation on slaves and other cases like this are behind the lack of trust between African Americans and health professionals.

African Americans and the Rising Need for Therapy

Many African Americans still lack trust in medical professionals and don’t seek therapy or mental health help because of their fear that they will be experimented on and will not receive proper help for their issues. However, in the African American community, the need for mental health treatment, such as therapy, is growing every day.

According to Mental Health America, 13.2 percent of the United States population describes themselves as Black or African American. Of this group, over 16 percent had a diagnosable mental illness in the past year. That is over 6.8 million people.2 People who live in poverty, are homeless, in prison, or have substance abuse issues are at a higher risk of poor mental health. African Americans account for 60 percent of the prison population in the United States. Of that group, 37 percent are drug arrests, but only 14 percent are regular drug users. Also, according to the National Alliance on Mental Illness, African Americans make up 40 percent of the homeless population.3

Issues such as homeless, mass incarceration and substance abuse within the African American community among other issues are reasons to seek help. Even if these issues don’t affect someone personally, someone may be indirectly affected by a friend or loved who are experiencing homelessness, incarceration and/or substance abuse.

In a world where any and everything goes viral, videos of some of the most heinous treatment of African Americans, particularly African American males, are at our fingertips. I believe that this has an astounding effect on the mental health of African Americans. We see these images and either consciously or subconsciously process the person’s experience, in which we could easily see ourselves being the victim of something so unnecessary and inhumane simply because of the color of our skin. According to the Public Broadcasting Service, a 2012 study found that while African Americans are at a lower risk for many anxiety disorders, there is a posttraumatic stress prevalence rate of 9.2 percent. This is compared to the posttraumatic stress disorder prevalence rates of 6.8 percent in whites, 5.9 percent in Hispanics and 1.8 percent in Asians.4

The more the people of the African American community begin to speak out against the stigma that is rooted in our oppression, the more we will see the mental health of blacks improve. I think it begins with a conversation about what can make us better as people and as a community as a whole. In recent years, African American celebrities such as rapper Jay-Z and former First Lady, Michelle Obama, have brought the topic of mental health to the forefront. Just this month, the black actress, Taraji P. Henson announced plans to launch a mental health foundation. The more we see mental health portrayed in a positive light within our community, the less stigma will surround seeking help.

Confessions of a Single, Black Woman with Mental Illness
Tonya Mills
October, 18 2018 at 5:33 am

Thanks for sharing Kara.