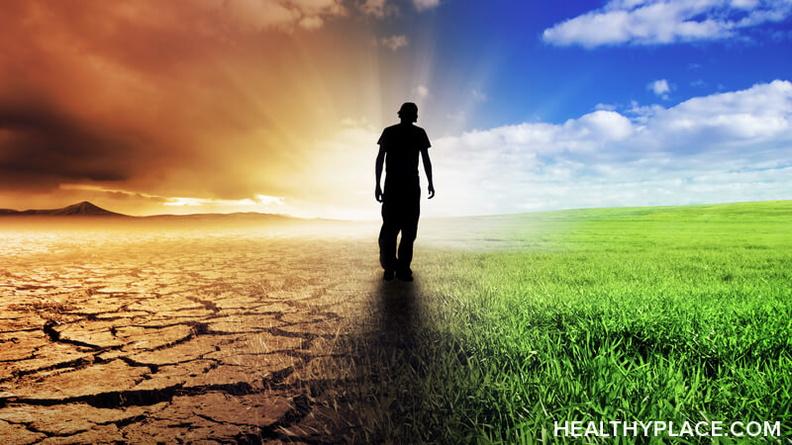 What does life with dissociative identity disorder feel like? May is Mental Health Month and people around the world are sharing what mental illness feels like. To go along with the #mentalillnessfeelslike campaign, I asked a group of people with dissociative identity disorder (DID) to describe, in their own words, what having DID feels like. The answers were varied, with both positives and negatives. To one person, living with DID feels like, "having a war inside my head," yet to another, DID "feels like a gift." The answers show just how diverse DID really is.

Different Descriptions of What Life with Dissociative Identity Disorder Feels Like

Being Lost and Disconnected

Depersonalization and derealization are symptoms that are experienced by many with DID and other dissociative disorders. One person described DID as, "being disconnected to the body and my surroundings."

Several people described having DID as feeling lost in time, never really being sure of what day it is. Sometimes, you lose hours; other times, you lose weeks of your life. These feelings lead to confusion; it becomes difficult to know what happened and what didn't happen. "Is it real or is this just in my head?"

Living in Constant Fear and Pain

To some, life with DID feels like living in constant fear. Fear of the outside world, fear of oneself, fear of one's emotions, fear of the past, present, and future. For those that also experience posttraumatic stress disorder (PTSD), flashbacks can intensify the fear and lead to increased physical and emotional pain. Headaches and migraines can overtake you at any time. Physical pain manifests itself in different parts of the body, as different parts hold pain in different places. Sometimes, there is no medical reason for the pain, but you or your parts feel the pain regardless, and it's real pain.

One of the major symptoms of DID is memory loss, and, aside from alters, memory experiences have the greatest impact on those affected by DID. One person referred to memories as, "currency traded among friends."

People with DID are not always sure what they will remember, and there is sometimes an underlying worry that one will forget who their family members are or forget how to do one's job. It's upsetting when you can't remember things that you know happened. Sometimes, DID means having to ask for validation, because you are constantly trying to figure out if the memories are real.

Considering the struggles that people with DID experience on a regular basis, DID does not always feel so negative; there is good along with the bad. A common theme is that DID feels like never being alone. Even when there is no one else in the room, it feels like you have people there with you: your alters. You learn to adapt to the world with them. As one person put it, "being multiple is as normal to me as being a singleton is to a singleton."

APA Reference
Matulewicz, C. (2016, May 11). What Life with Dissociative Identity Disorder Feels Like, HealthyPlace. Retrieved on 2020, September 22 from https://www.healthyplace.com/blogs/dissociativeliving/2016/05/what-life-with-dissociative-identity-disorder-feels-like