What Does Everyone in the Eating Disorder World Have in Common?

Admittedly, not everyone in the eating disorders world agrees on everything. In fact, I wonder how many fields have as much internal dissent and such a lack of common ground? We don't agree on cause, treatment, or even how to diagnose or measure recovery. We don't all agree on what an eating disorder IS. Worse still, too many people rest in the belief that their view is happily shared by all.

I'd like to be able to convince everyone to see things the way I do. I remain optimistic that I eventually will! But the question is how: by engaging or protesting? By building alliances or shutting down opposition?

I once had a conversation about this with someone I deeply respect, on the day that we acknowledged our paths were diverging. We were able to agree on the value of a range of approaches to bringing about necessary changes. Some of us will be working from within (sometimes with pinched nose) and others need to throw firebombs from outside (with the risk of getting burned). Both these approaches can work, and both can backfire. Both can leave you bruised, burned out, co-opted, or embittered. You can make friends this way, and lose them.

I'm a work from within kind of person. I like to think this comes from my mixed race background. I've always been a bit of a Stranger in a Strange land who doesn't fit anywhere. I can make people uncomfortable just by being. As much as people want to pull me into one camp or another I'll never quite fit. I'm used to finding my own comfort zone among people who don't necessarily want me there.

Having been raised by political activists, I also find it important to speak up with confidence and avoid losing integrity with personal attacks. I do work with th 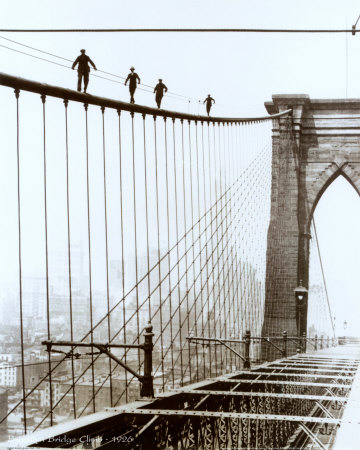 e eating disorder mainstream whenever they'll have me, but I doubt anyone I meet there thinks I go along to get along. By being respectful of people I disagree with, I seek to demand the same of them. By treating people's ideas separately from their value as a person, I hope they'll afford me the same courtesy. Sometimes this works. Sometimes this confuses people. Some people can actually continue, after years of being in the same place at the same time, to refuse to look me in the eye or acknowledge me. The worst part is that by not rejecting other people I lose allies as well, as they don't want to be associated with me. This is not pleasant, but it is more than made up for by the fact that just showing up has meant real relationships with people who disagree with me pretty profoundly. That's a starting point for real conversation. That's also an opportunity for ME to learn and change.

My goal doesn't change: to press for parental empowerment and evidence-based treatment. Yet I can't make everything I do in the eating disorder world into a referendum on the ways I disagree with others. I do try to find common ground when I can, and let others be "wrong" without needing to correct them. We all have this in common: to reduce suffering from eating disorders. I truly believe I can change more minds this way than I could any other way. This is the best way for me to proceed, though it is not for everyone.

APA Reference
Collins, L. (2010, April 28). What Does Everyone in the Eating Disorder World Have in Common?, HealthyPlace. Retrieved on 2023, February 2 from https://www.healthyplace.com/blogs/eatingdisorderrecovery/2010/04/what-does-everyone-in-the-eating-disorder-world-have-in-common

Beautifully put Laura! If we all can be respectful we can help people to heal - in the manner that works for them. And after all, I believe healing is a common goal...but then maybe not for all (or so their eating disorder may lead them to believe). Thanks for all you do to bring awareness to eating disorders and to the impact on those who care about people with these deadly illnesses.
Becky