Causes of Eating Disorders: Is It Parenting?

"And" vs. "But" Important in Discussing Causes of Eating Disorders

Conversations about what causes eating disorders involve a lot of "and, and, and" and "but, but, but."

I think we'd all do better if we make a distinction when it comes to causes of eating disorders.

"But some parents are abusive"

When I say "parents don't cause eating disorders," I hear a lot of "buts."

"But, SOME parents are abusive."

"But, parents are so important to their children's development and self-image."

"But, every case is different."

"But, we can't let parents off the hook!"

Here's an experiment: try using "and" in the place of "but." It works.

I asked him to re-frame this. If the dad was abusive, then that is what bears on the custody issue. Whether the abuse could or could not cause an eating disorder was irrelevant, right? The presence of the illness might bear on her additional need for care but, again, no need to attribute cause.

"But if we let these parents off the hook..."

I asked this doctor to use the word "and." This young woman had an eating disorder AND she was abused by her father. This is doubly tragic. If the patient had been abused and not developed an eating disorder would the father be a more suitable custodial parent?

More to the point, because there is no evidence that abuse causes eating disorders, the real problem with the reflexive "but" in these situations is the pall of suspicion it puts on the great majority of parents who have not abused their children. Abuse is never acceptable, but also no less deserving of our condemnation if the victim remains well.

Let's separate the issues and help patients as individuals and their families as we find them - but start with an assumption of innocence. Hold poor parenting accountable without accusing the rest. 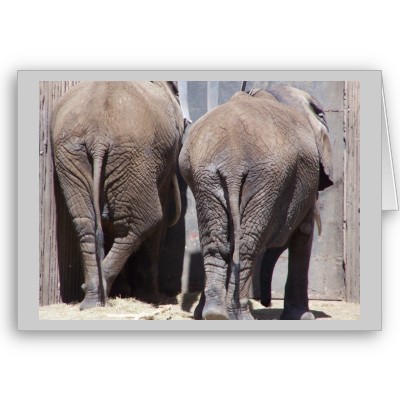 I agree completely.
Abuse is a non-specific risk factor for a variety of physical and mental disorders, including alcoholism, drug addiction, depression, chronic health conditions, dissociative disorders, PTSD, and bulimia nervosa (interestingly, there is no conclusive evidence of a correlation between abuse and anorexia nervosa).
Saying that EDs are caused by abuse is like saying that depression and alcoholism are caused by abuse. Obviously this is not a true statement, as the majority of people with depression or alcoholism have not been abused.
Saying that SOME EDs are caused by abuse is like saying that SOME cases of alcoholism or depression are caused by abuse. This statement is also false. The predisposition stems from genetics and pre-existing personality traits. Abuse may be a trigger for some cases of depression, alcoholism, or eating disorders, but it is not a cause. Any other life stressor, even a less severe one like puberty or injury or breakup of a relationship, could just as easily trigger the illness in a vulnerable person.

Keep sayin' it Laura, and if enough of us say it enough times, maybe the people who need to hear, WILL hear it. Just because a person has an eating disorder and that person was also abused by a parent, does NOT mean that the abuse caused the ED. Do the people who believe that abuse can cause EDs also believe that abuse can cause other mental illness, or that it can cause serious physical illness, or is it just EDs? Do they just "have a feeling" that this is true, or do they have scientific evidence? Since the children of many non-abusive parents have EDs, how do they explain this? Children of abusive parents AND the children of non-abusive parents can, and do, have the same wide range of possible mental and physical illnesses. Those who are abused need help for that issue AND help for any other co-existing health problem.