Personify Mental Illness to Cope with It Better 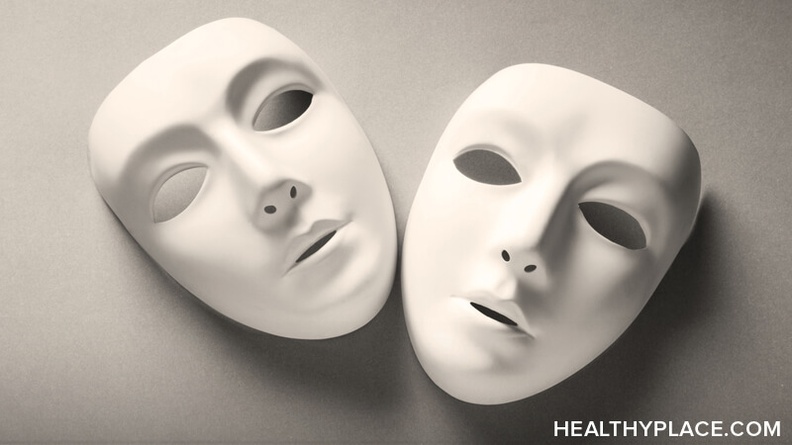 Something I started doing when my brother was first diagnosed with mental illness was personifying his mental illness symptoms. This might sound a little kooky but stay with me here.

I found I was getting angry or upset at my brother for things he couldn't control, things that were directly linked to his illness. There are parts of his illness that still infuriate me on his behalf -- I hate his diagnosis for taking away so many things and causing him so much suffering. I hate it for how small it has made his world. Personifying my brother's mental illness gave me the ability to separate the diagnosis from the person.

You might laugh at this, but I gave my brother's mental illness a person's name. I called it Frank. It caught on in our family like an in-joke -- we'll roll our eyes at how Frank is acting up today or how Frank always demands to be the center of attention. My brother loves the Frank analogy. I think it also helps him to see that his illness is separate from his personality. Sometimes we take turns shouting at Frank when things are really bad -- it often leads to us laughing, which is a pretty good outcome.

I cry about how much I hate Frank in the privacy of my bedroom; I write him strongly-worded emails that live permanently in my drafts folder, I say things to and about him that I could never repeat in a lovely civil blog post like this. The point is that all that angry energy (which is totally valid, by the way) is directed at the illness rather than at my brother. After all, it's the illness that I'm actually mad at.

The Difference Between Frank and My Brother

I really can't stand Frank. I think Frank is cruel, uncaring, and relishes in the destruction he leaves in his path. Frank and I will never be friends. I adore my brother, and I know that he and Frank are the opposite of each other when it comes to personal attributes. My brother and I will always be friends, I hope.

It's completely unfair that Frank has taken up residence in my brother's brain. We didn't invite him, and we've done everything we can to evict him -- but he's persistent. We deal with this because that's just how things are right now.

It's Important for Family to Understand Mental Illness
Fighting the Effects of Codependency
Lizanne Corbit
September, 21 2021 at 7:40 pm

This is fabulous! Creating the separation between the individual and the mental illness has so many benefits. One of the trickiest things can be not associating ourselves with our behaviors, or for others to do it to us. Personifying allows us to make that separation clearer and more easily.