The Power of Listening

WHAT IF WE REALLY LISTENED to people, instead of doing what passes for listening most of the time? The person talking to you would have an extraordinary experience. With your observational powers on full throttle, you'd perceive more than you normally do, and your speaker would feel that something uncommon was taking place. Not only would you understand the speaker's words, but you'd grasp her small nuances of meaning. You'd perceive how she feels about you. You'd understand more of her personality. And you'd probably know something of what she's leaving unsaid as well.

The difference between you (fully listening) and other listeners (with minds wandering) would be so noticeable as to be startling.

Why is this important? Because your overall effectiveness in life depends on your ability to deal with people well. This discipline of listening will send your ability with people into another league entirely!

A man once said of Sigmund Freud, "He struck me so forcibly that I shall never forget him. His eyes were mild and genial. His voice was low and kind. His gestures were few. But the attention he gave me, his appreciation of what I said, even when I said it badly, was extraordinary. You've no idea what it meant to be listened to like that."

Fully concentrating your attention on the speaker is only the beginning of better listening. It's a necessary first step, like the undercoat of a painting, but it's only the start.

To be a first-class listener, you'd encourage the speaker, you'd let her know with your nods and expressions and body language that you appreciate what she's saying, that you enjoy the conversation, and most of all, that you respect her.

When you listen this way, you won't be silent. You won't be passive. On the contrary, you'll be exerting yourself because you need to be doing several things simultaneously: You're taking in the information; you're picking up on the emotional significance being communicated; you're letting the speaker know that you understand and appreciate what she's saying-and you're doing all this without interrupting her flow of speech.

Also, when you're listening well, you're asking the person questions that she'll enjoy answering or questions that she'll find valuable to answer; you're helping her clarify what she's saying so she's left with more understanding about herself after she's done talking with you; and you're communicating silently to the speaker that you respect what she's saying, even when you disagree.

When you do disagree, learn to avoid making a direct assertion that disagrees or invalidates her ideas. Instead, learn to say, "I feel that such and such is the case. I may be wrong but I got my information in this magazine (or wherever you got it)."

This is a lot to do simultaneously. It's not easy. It's a discipline. Treat it like any other difficult skill and practice, practice, practice. The benefits to the person speaking are the satisfaction of being heard and understood. The person gets the joy of intimacy, a feeling of closeness, and the rare experience of talking with someone who really cares.

And what about you? You'll become a better person by practicing this discipline-you'll grow stronger and more perceptive. You'll improve your ability to concentrate. You relationships will be more strongly bonded. You'll understand more about the people in your life.

So practice listening. It will teach you about yourself and other people, and you'll win loyal allies and lifelong friends.

As a personal discipline, practice listening well when someone is talking to you.

We human beings apparently have a need to "waste" time regularly. There are different ways to do it, and some are higher quality than others. Read about a good one:
Wasting Time the Old Fashioned Way

Here's a conversation on how to change the way you interpret the events in your life so that you neither become a doormat nor get upset more than you need to:
Interpretations

The art of controlling the meanings you're making is an important skill to master. It will literally determine the quality of your life. Read more about it in:
Master the Art of Making Meaning

Here's a profound and life-changing way to gain the respect and the trust of others:
As Good As Gold

What if you already knew you ought to change and in what way? And what if that insight has made no difference so far? Here's how to make your insights make a difference:
From Hope to Change

next: Confidence With People 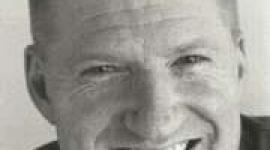 Thinking Clearly Together is Your Greatest Strength

How to Get Rid of Anxiety Without Medication

Getting Practical #1: The Basics

I Am Often Afraid or Anxious