There are two other elements which are to be considered in each stress cycle. The first element is called the"lull stage" (figure 4A).

The lull stage is the inaction time or inaction period between the stress response and the expulsion. The lull stage is where the brain considers the action it will take in order to move from an uncomfortable state back to a peaceful state. In the case of a sneeze, the brain might consider the following choices as part of its action to expel:

The action of sneezing may have many factors for consideration. The lull stage is where the decision making process goes into gear in order to choose the action (expulsion) needed for the occasion.

The lull stage is also where the stress cycle may be "blocked." When a cycle is blocked, it cannot complete itself as naturally as if it were not blocked. Another name for a blocked cycle is called a "double bind" (figure 4).

A double bind is where conflicting choices of action fight for position in the decision making process. As an example, a person may need to sneeze; and the need to sneeze occurs during a busy church ceremony. If the person has a lot of shame around sneezing in church, they will experience a double bind. The double bind will be:

The need to sneeze (Factor 1)

The shame around sneezing in church (Factor 2)

These two factors (in the decision making process) will fight for position and cause a temporary double bind.

There are many types of double binds which cause a cycle to become blocked. Examples:

The need to sneeze in public

The shame experienced in sneezing in public

The need to sneeze

A blocked or plugged nostril

The need to cry

The shame experienced in crying

The need to fart

The shame experienced in farting

The need to laugh out loud

The shame of laughing out loud

The need to urinate

The unavailability of a toilet

The need to expel anger

The fear of expelling anger

The need to scratch an itch

The inability to reach an itch

The need to grieve

The lack of knowledge on how to grieve

The following is list of double binds which I find myself needing to re-inform myself of on occasion. I call these my "Chaotic Control Binds" or binds that hurt when I'm in.

The second element which needs to be considered in a stress cycle is called an "Expulsion Inhibitor" (figure 5).

When the resolution of the stress cycle back to a peaceful state is interrupted by an expulsion inhibitor, it may or may not create a complex cycle (figure 6). 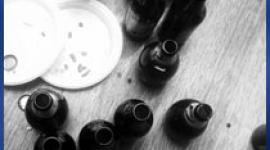 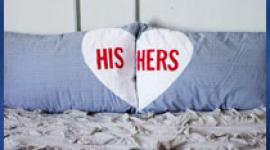 Are You a Compulsive Online Gambler?