"Having a healthy sense of detachment is the working foundation for an intimate relationship. We heal in relationship with ourselves and with others."

A couple of months ago I wrote an article entitled "A Nation Unaware" that served as a way for me to process the events of my childhood. I believe there is a strong correlation between childhood abuse, codependency, addiction, compulsion, lack of identity, and the national consciousness of the country.

"I'll beat you to a pulp!" An adult out of control; a child looking at someone bigger than they are; and a beating that lasts a lifetime with no recourse except to submit.

Thirty six years later the violence continues to haunt me around each corner and in each decision. I still hear the fury in her voice and the rhythm of each cutting blow as the belt whirls down onto my naked bottom, "Don't (hit) you (hit) ever (hit) do (hit) that (hit) again (hit) (hit) (hit) (hit) (hit)." Naked and unprotected, my body parts squeeze together tightly to absorb the rage inflicted onto my young body. After the fury is expelled, she holds her weapon of abuse in my face and says, "Stop that crying right now!"

After the violence, and alone without comfort, I don't remember anyone saying, "I'm sorry, I shouldn't have beaten you." We all kept pretending like it never happened. How come God lets little kids go through this? Why does this continue to happen?

I've grown up to be a codependent. And just like my mom and dad, a codependent is someone who is uncomfortable with someone else's feelings or actions, to the point that they feel compelled to control that other person. A codependent is a control addict who is obsessed with controlling and compulsively tries to control. They're unable to cope with the terror of their own feelings, so they try to control the feelings and actions of other people. 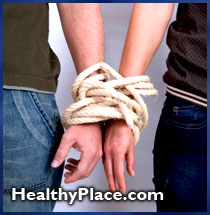 Codependents are connected in an unhealthy way to the people and even the objects in their environment. They constantly react as if there was some invisible and painful cord connecting them to other people. This makes it almost impossible for them to listen without becoming reactionary. Talking with a codependent may leave you feeling hurt and empty or like you haven't been heard at all. Chances are, you haven't been heard.

My daughter might say to me, "I don't like going to school." My reactionary response to her might be something like,"Don't be silly, your friends are at school so just get going to school now." By calling her "silly" I've discounted her feelings. Now, not only does she feel bad about going to school, but she feels bad about feeling bad. I do this because I'm uncomfortable with her feelings. I am codependent with her; attached to her in some unhealthy and invisible way.

Now considering that I've attached myself to her, how does she grow and become a fully functioning human being with all this extra weight to cart around? The answer is she can't. It is impossible for her to become a functioning, self aware, and independent adult under these conditions. She will become codependent just like me.

It will become painfully apparent to her that her actions and feelings will somehow trigger me. She will become a "people pleaser" to avoid having to deal with my reactions to her. She knows she can't be herself without me reacting to her, so she becomes what she thinks I want her to be. This is how children of codependents learn to survive. They can't be themselves so they become what they think will keep them from getting hurt.

She'll learn how to control other people by being a "people pleaser." She'll become very good at guessing how I feel and very poor at knowing how she feels. Her focus will become directed towards other people outside of herself. She'll obsessively try to figure out what everyone else needs and not be able to figure out what she needs. And if someone resents her for trying to take care of their needs without being asked, she will become angry and resentful because it scares her not to take care of someone else.

As the belt came sizzling down onto my bare skin, I could feel the rage in my mother. The rage seemed to carry a message that said, "How dare you make me feel this way; and you're going to pay for it!" Codependents claim they are victims of someone else's actions and feelings. I still hear the cry of a victim behind my mothers words, "How dare you victimize me, I'm going to get even with you now so you won't ever do this again."

I remember feeling the shame that I had somehow hurt my mother. I think this is how she must have justified beating me and expelling her anger and rage onto me. Somehow she had believed that I had hurt her by being myself. So in order to survive, I became something other than myself (a false self).

It's going to take a long time for our country to heal from child abuse and codependency. We have become a nation of codependents. If you haven't noticed, we are very good at recognizing what other nations need and very poor at recognizing what we need. We take care of other countries better than we take care of our own. This codependent skill is something we are going to have to get rid of before we become self aware as a nation. And once we become self aware as a nation, we may begin to heal our problems from the inside out and not the other way around.

What I had originally termed as "codependency," I now change to the term "direct dependence." Codependency refers to a person who becomes dependent on another person; and that other person is dependent on something else like alcohol, drugs, etc. An example would be the stereotype of the wife who becomes dependent with a husband who is addicted to alcohol. The prefix "co" means shared. In this case the word codependency means shared dependence. Co-addict is another term used for the same behavior. It means shared addiction. An addiction and a dependency are the same thing.

In my own case, my mom was not dependent with me as a result of my having a dependency on alcohol or drugs, etc. My mom was directly dependent on me. My mom was addicted to me; not codependent with me. Fortunately, however the terms have evolved or are being used, the concepts for recovery are the same. 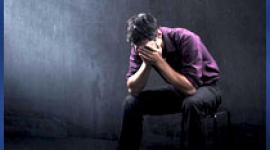 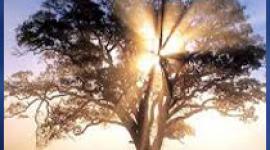 Chapter 7: The Beginning of a Spiritual Awakening
Addictions Library 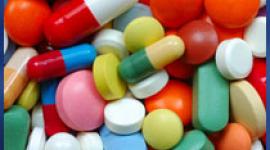 Has Your Relationship Been Hurt By A Cyberaffair?