Why can't people just stop using drugs, and should addicts be maintained on drugs?

A big distinction, obviously, is between controlled and addicted use. It's oversimplified, but obviously why people don't give up occasional or moderate drug use is a non sequitor — why would they want to? In one case at my site, a man who was formerly addicted worked to resume moderate substance use, which he finds a great and desirable pleasure in life.

In a number of places, I answer the question that people give up drugs when they have something reliable with which to provide replacement (and superior) rewards. Check my review of the book, "The Steel Drug."

I will return to the methadone question. People do give up opiates all the time, but some don't and some take a while. So (harm reduction goes), let's allow them to lead a life in the meantime. Isn't that a modern, humane, medical approach?

The question, "Why can't people just give up?" has still got me confused. As you said, some people give up, some don't and some take a while. Methadone is a fine compromise for those who take a while. Is methadone treatment part of "therapy impeding the cure" (that you speak of) which makes giving up opiates harder by taking away the dependant person's sense of power and self control? Or does methadone allow for periods of "time out" from the hassles of heroin use until the person reaches the appropriate time for them to give up all opiates completely?

It would be ideal to have a methadone program which allowed you to drop in and out of treatment and didn't punish you for using heroin when you wanted to. Hassle-free heroin use!

I can't add much to your excellent summary, other than to add something to the question of, "Why don't people just stop using drugs?" It's the same as asking, "If addiction isn't a disease, then what continues to propel the addict in using drugs?"

My answer is that not much off an explanation is needed for why people do more or less the same things over time. When you wake up in the morning, and think of your day, you think of yesterday. Familiarity and habit dominate. It's the human condition.

Meanwhile, I talk below with a woman who wants to continue here addiction without hassle, raising some of the same pros and cons you do about maintenance. 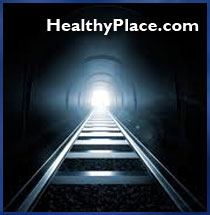 First, I would like to thank you and your staff for this informative and enlightening website. I found it through DRCnet while doing research for my problem.

I am a recovering addict (drug of choice was prescription opiates, barbiturates). I have been clean of these drugs for three years now. However, I continue to have problems for which my questions will be forthcoming.

First, I need to give you some background on my particular situation. I suffered from endometriosis as a very young teenager and was finally given narcotics for the pain in my early twenties. My doctor apparently did not realize the severity of the situation, but continued to prescribe the drug (phenaphin #3) for over six years to me before he finally did a laproscopy and found the reason for my pain. This was in 1986 and I finally had a complete hysterectomy in 1987. I was free of narcotics for the next four years until I developed migraines for which I sought help from a neurologist. He put me on several drugs (elavil, fioricet, fiorinal). It was finally discovered that I had a severe hormone imbalance and was suffering from rebound headaches due to the drugs I was taking.

That's when the addiction, in my opinion, finally took hold of my life. I had always enjoyed the tingling sensation of well-being that the drugs produced as an asset second to the primary reason of pain relief. But now I missed that feeling and wanted to maintain it daily, if possible. In addition, I had another pain problem from consecutive herpes outbreaks, which had been diagnosed in 1981. Now, I've learned the nerves have been permanently damaged as a result of all the outbreaks I've had over a 17 year period. To conclude, the addiction progressed from 1992 to the end of 1995 when I finally went in for treatment after a 48 hour blackout. I got off the drugs, but the other problems persisted. A couple of months later I was prescribed Ultram for pain, supposedly because it was not a narcotic and non-addictive. Then in 1997 a warning by the FDA came out that said Tramadol did have the potential for abuse. To be perfectly honest with you, I was already aware of this because I was having problems with it by that time myself. I wasn't abusing heavily, but was taking the maximum daily dose of 400 mg. daily. This dose achieved the level of pain relief I needed.

I realize now after reading your website extensively that my environment, lack of self-worth and interaction with people have all contributed to my being an addict. I was always a good girl growing up. I stayed away from drugs in the 70's and did what I thought was expected of me, but when the doctors gave me the narcotics a sleeping demon awakened, and frankly it hasn't gone back to sleep since. I am presently off the Ultram, but still my pain from herpes persists. Also, I am currently being treated by an addictionologist. She has prescribed Serzone for depression and neurontin for the herpes pain and headaches that I still get occasionally.

Finally, for my questions. Do you think or believe it's possible that now after all that my addiction has taken me through that my body might never recover fully to the way it was before I started taking narcotics, and would it not be beneficial or at least more humane to give the body what it craves in regulated doses? I actually feel better with a certain amount of narcotics in my system. My brain seems to function better, I'm more centered and motivated, I'm not in pain. I know this is done with people withdrawing from heroin or other drugs. But what about *just* maintenance? Wouldn't it be more humane for the addict in the long run? In other words just give them what they crave and let it go. I know, I'm asking for a license to use. But several of the articles I've read here says that drug abuse is a disease for which relapse is more probable than curable. And please believe me I've tried everything from Narcotics Anonymous to religion to therapy. My life is not perfect, but I'm not shopping for doctors, walking the streets for dealers or robbing drug stores for drugs.

I would like to be the person I was before a drug was ever put into my body, but that's not my reality today. I want to be free of pain and feel good about myself, but I don't know where else to turn. I am seeking answers though, and by the grace of God I hope I find one one day.

I appreciate your reading and listening to my story.

I have mixed feelings about your plans, as many people do.

But first, before considering whether you should be maintained on opiates, we should acknowledge that you are currently being maintained on psychoactive drugs by your addictionologist! These seem to be antidepressants, but also an analgesic? Of course, this is true for many people in the United States and elsewhere who do not even think they are being maintained on drugs. (According to the N.Y. Times Business Section on October 11, 1998, "Sales of antidepressants. . . are expected to reach $8 billion in the United States at about the time Lily loses its exclusive rights to Prozac [@2001]."

Second, I would like to point out that at this late date, pharmacology confidently prescribes painkillers said to be nonaddictive, but which people who use analgesics for addictive purposes continue to become addicted to. This is because they imagine that addiction occurs in relation to a specific chemical structure of a given drug, when in fact it is the analgesic experience itself to which they are addicted.

Third, I am sorry to see you feel you have little choice but to be addicted. That is, I am constitutionally against people deciding that (a) they were born addicted, (b) they were habituated to being addicted (both of which you seem to say about yourself). It is for this reason that, when I wrote Love and Addiction and for some time thereafter, I opposed methadone maintenance. One of the main things I still cringe at is the way those who support methadone, from Dole and Nyswander on, have reacted to the discovery that most of those they released from methadone relapsed by agreeing with the disease concept that people are born/made into lifelong, irreversible addicts.

But, perhaps as I have aged, I do agree that not every addiction is remediable, and certainly not in the short run. Of course, the advent of harm reduction as a treatment policy has moved me in this direction. That is, accepting needle exchange because it saves people's lives while they are taking drugs they would be better of quitting altogether, has led me to accept that taking narcotics in a situation that is constructive for their overall lives (control of quality, avoidance of criminal underworld, reliable sources) is a better way to be addicted. (For me, the difference between methadone and heroin or other narcotic maintenance is insignificant. Incidentally, your explication of the value of narcotic maintenance is eloquent.)

Now, turning to your situation: whether you would do better to be maintained on narcotics. I can't say no. I believe you can find a comfortable range of narcotics use. I even believe that, after a period of maintenance, some percentage of the maintained feels like struggling free altogether from narcotics et al. I can only ask a series of questions: (a) Is this practically possible? (b) What will be the consequences for your work, your relationships, your free time? (c) That is, please be inclusive in calculating the costs and benefits to yourself (some of which you have done), so that you can both make an informed decision, and so that you can evaluate the impact of this course of action on your existence.

I am glad you could discuss this question with me. It is my view that many people who are seeing addictionologists (or psychiatrists) are unable to ask fundamental questions about their situation, and I welcome treating them at the same time that they see conventional therapists. Of course, you might simply propose the questions you ask me to them and compare the answers! 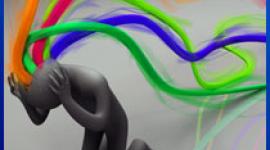 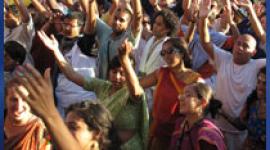 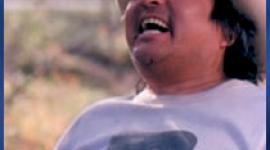 Does the Disease Concept of Alcoholism Benefit Native Americans?

How To Quit Video Games, Gaming. How Tough is It?