Signs of Spiritual Abuse: When Religion Is Painful 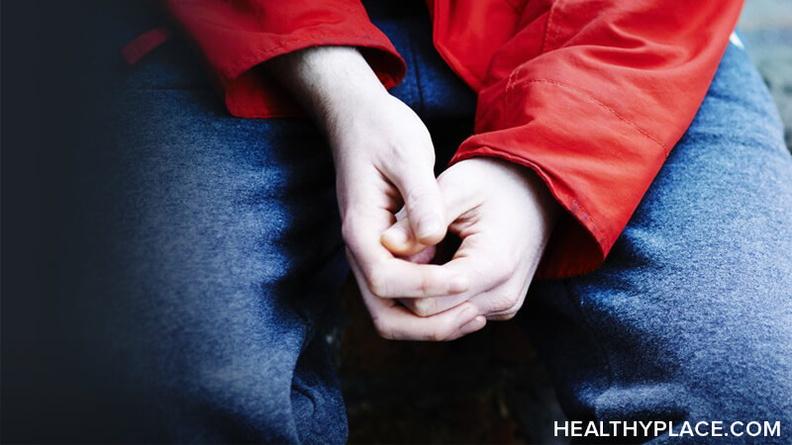 A new documentary, "Kidnapped for Christ", was recently released. Although I haven't seen anything other than the promo, the movie made my must-see list. The movie is about a dysfunctional Christian behavioral modification school and the teenagers who were sent there involuntarily.

It brought back memories. While my parents thankfully never sent me off to the Dominican Republic because of my psychiatric disorder, I feared that they would. Some kids, including a high school friend of mine, weren't that lucky. I was, however, abused in the name of God, just like these folks were, as a form of mental health treatment.

Incident One: Kicked Out of Counseling 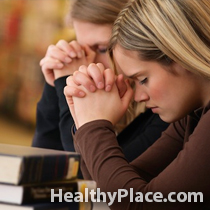 During my junior year of high school, I started having symptoms of a severe psychiatric disorder. I saw a therapist until my family suddenly moved from Indiana to Georgia. I went through my senior year with no treatment but plenty of psychiatric symptoms. When I got to college, I decided - with a lot of pressure from my friends - to see a counselor at the Highland Center for Biblical Counseling in Waco, Texas.

To say the place was chaos is an understatement. I was assigned a counselor who didn't complete her training, which was reading a book. That meant she couldn't treat me until she had. Unfortunately, summer came before that happened, and I returned home. I sought treatment again during my sophomore year of college, and was assigned to the director of the center.

After two sessions, she said I was too angry to work with. She would not treat me until I was willing to let go of my anger. I was released from her "care" with no follow-up planned and no referrals. Once again, I went without treatment. My first hospitalization soon followed.

The first one was voluntary. I wrote in my journal that night that the exorcism just made things worse, and at the time was at a genuine loss as to why. Looking back on it, I was experiencing a psychotic episode and needed psychiatric treatment. I was discouraged from seeking help, however, because the university's counseling center was "worldly".

The second one happened without my consent. Long story short, three people pinned me to my apartment floor and attempted to cast out Satan. They then anointed me and my apartment with olive oil and left. I blamed myself at the time, then realized that I was the victim of religious abuse.

In the name of God, they'd gone against everything He stands for.

Signs of Religious and Spiritual Abuse

In the book Toxic Faith, authors Stephen Arterburn and Jack Felton identify several warning signs of religious abuse. According to TheWartburgWatch.com, they are:

1. God's love and favor depend on my behavior.
2. When tragedy strikes, true believers should have a real peace about it.
3. If I have real faith, God will heal me or someone I am praying for.
4. All ministers are men and women of God who can be trusted.
5. Material blessings are a sign of spiritual strength.
6. The more money I give to God, the more money he will give to me.
7. I can work my way to heaven.
8. Problems in my life result from some particular sin.
9. I must not stop meeting others' needs.
10. I must always submit to authority.
11. God uses only spiritual giants.
12. Having true faith means waiting for God to help me and doing nothing until he does.
13. If it's not in the Bible, it isn't relevant.
14. God will find me a perfect mate.
15. Everything that happens to me is good.
16. A strong faith will protect me from problems and pain.
17. God hates sinners, is angry with me, and wants to punish me.
18. Christ was merely a great teacher.
19. God is too big to care about me.
20. More than anything else, God wants me to be happy.
21. I can become God.

Reeling yet? Identify with some of this? Recovery from religious and spiritual abuse is difficult but possible. But that's for next week's post. Healing the Pain of Religious and Spiritual Abuse

APA Reference
Oberg, B. (2014, January 28). Signs of Spiritual Abuse: When Religion Is Painful, HealthyPlace. Retrieved on 2022, August 13 from https://www.healthyplace.com/blogs/borderline/2014/01/abused-for-christ-part-one-when-religion-becomes-painful

It can be a very powerful and dangerous thing when in the wrong hands, to do horribly wrong things. All religions. Sent me to a psychiatric ward, causing a psychotic break.

I am so, so sorry this happened to you. I am leery of organized religion, and experiences like yours want me to run far, far away from anything that smells of Christianity. I wish you love and light; best wishes on your healing journey!

Becky,
I identify with so much of this. About three years ago I renounced my faith after struggling my whole life to reconcile what I'd been taught with doubts about those beliefs. Mine wasn't as blatantly toxic as some, but a lot of the beliefs on that list were mainstays of my home and church: God’s love and favor depend on my behavior; everything in the Bible is 100% true and completely trustworthy; all ministers are men (and only men) of God who can be wholly trusted; I must always submit to authority; everything that happens to me is in God's plan and for my ultimate good.
That particular strain of Christianity was difficult to doubt and to leave because the people there were so nice. How could it be abusive when everyone seemed so happy? Yet for years, I struggled with depression, thinking that my lack of outward joy was a sign of a serious lack of faith. My father did attempt an exorcism on me as well--traumatic in itself.
It wasn't until I'd left the faith that I saw how self-loathing was at the center of most of its teachings. We were taught to deny ourselves things "for the sake of Christ." Any doubts or fears are the result of not trusting God entirely. If there are problems, there's no one to blame but the believer. For those of us brought up in that world, those lessons form the core of who we are, so that even after leaving, those thought patterns haunt the corners of our mind.

Becky, I read your post and you have my sympathy. As I read, a lot of thoughts raced through my mind. I am Bipolar so thoughts are always racing through my mind but in this case it was about my past experiences. To start with, I was stunned to hear you say that your Counselor (so called) refused service because of your anger. Anger is the number one attitude anyone facing any mental crises has. I feel that if she can not deal with angry clients, she should find another profession.
Second. In short, all the people who told you to stop taking your medication and trust in God are idiots. I have gone off my medication twice in my life. Both times I ended up attempting suicide. Both times the Doctors did not expect me to pull through or if I did, I would have sever brain damage. Neither of these happened which tells me God does exist. This is were I truly feel sorry for you. I do believe in the Holy Trinity (God the Father, God the Son and God the Holy Spirit), however the people you had dealings with apparently were closed to the true message. The number one being that no man or woman knows the mind or actions of God. Further more, our bodies are the temple of the Holy Spirit. We are charged to take care of our bodies. By the use of medication you (and me) bring thought and emotional patterns to a normal level. This in turn is honoring God through our work in caring for ourselves.
Now for the Exorcisms. Here again, stunned is all I can say. I do pray that you can come to a point were you can release the thoughts and trauma you faced. I am realistic and know this may not happen. I do believe in exorcisms, but only after all physical and psychological issues have been ruled out by a licensed Doctor and/or Psychiatrist. Then determined, by an Ordained Minister, that a super natural state exist.
In closing, I do pray for peace of mind for you. You have gone through a lot. I also pray that you do not give up your faith because of what you went through. I am talking about true faith. Not whether or not you belong to this church or that denomination. I mean in the belief of Christ our Redeeming Savior. Not one human is excluded from sin since we all inherited sin through Adam and Eve. All of us sin and will continue to sin. That is our nature. Only through the acceptance of Christ can we hope to come in the presence of God our Father. It does not matter whether we took medication or not.

I´m really sorry. I had some similar experiences, and its true, sometimes christian people don´t understand mental illnes and they can hurt. But they´re any others who show his love, and patience.
Anyway God love us, give us his Word and his presence. I hope this fault of undestandig doesn´t make people believes God see them that way. Blessings, your blog is very interesting :D

Becky, I'm so sorry for the trauma you went through at the hands of people who did not know what they were doing, and did not reflect the love God has for you. "In the name of God, they’d gone against everything He stands for." I love this line from your post. It's spot on.
Thankfully, not every Christian is like that. Thankfully, awareness is growing. Thankfully, there are those who understand that Jesus was all about relationship, not rules, not performance. Thankfully, you are adding your valuable voice to the conversation.
Compassion and love should be the first responses to mental illness, regardless of spiritual belief. I believe this is God's response and should be ours as well.
With respect and appreciation,
Monica

To be a victim of halfbaked religious brainwashing
is enough to bring a mental breakdown ....where
one is taught of a fictional heaven as that one is
a sinner ... being that SeX preached a Sin and as all be born of SEX then all are SINNERS...religion is one long ongoing fraud /centuries of religious
christian brainwashing having done greatest wrong.
Religion christianity is buisness which having a
yearly turnover of $billions selling a fictional
heaven to the religious brainwashed // the fraud
in main is they claim SINNERS can't enter heaven
however their cure being their claimed leader is not a SINNER thus has the ability to remove the SIN of others thus free of SIN one enters heaven
( a fictional heaven somewhere above the clouds
one but follow the YELLOW BRICK ROAD till reach
the land of OZ /heaven being 50 miles beyond OZ.
I will write a further comment soon as give the advice in having peace of mind / in how one can know the power of creation/ understand creation
where abled to live in clarity of understanding
as know the joy of life / not pain as suffering.