The Link Between Identity and Shame in BPD 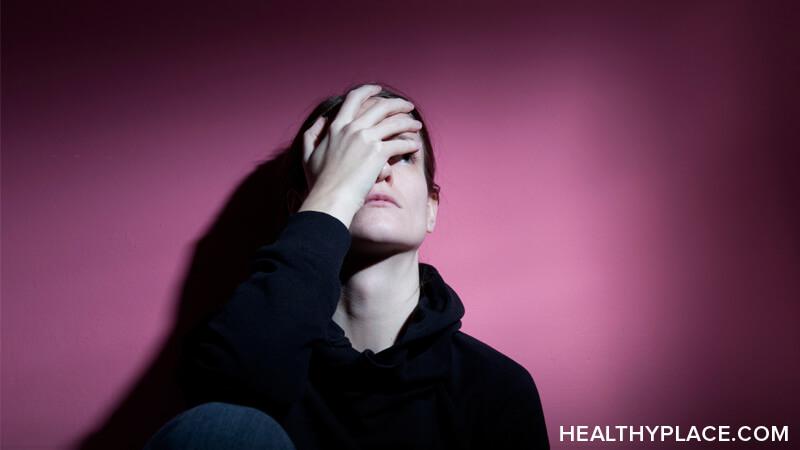 Shame and borderline personality disorder (BPD) have gone hand in hand throughout my life. It contributed to the manifestation of almost every symptom, but I saw it most concerning identity and sense of self. Here, I talk about how shame and identity relate to each other in my experience living with BPD.

The Shame of BPD and My Unstable Self of Self

Shame is different from guilt or embarrassment. Guilt is associated with actions that conflict with social norms. Embarrassment occurs when other people become aware of those actions. Shame, however, does not judge the action but the self. It does not maintain that you did a bad thing. Shame assumes you are the bad thing.

Before I knew about BPD, I hated who I was; I hated being clingy, pushing people away, feeling numb, and feeling too much. I hated suffering in silence, but I also hated expressing myself. I made desperate attempts to control my emotional reactivity. I agreed with myself not to get attached to people and had lists handy to remind myself why; I experienced long periods of numbness (One period lasted a year.) and was disturbed by my apathy.

To maintain any sense of dignity, I distanced myself from all the characteristics I hated — so all of me. I wanted to embody the opposite of everything I was, which led to some pretty risky behavior, including criminality, reckless promiscuity, and excessive drug and alcohol use.

Living Without an Identity: Shame and BPD

I became impressively good at adopting the personalities of others. I emulated opinions, beliefs, and values with the same tone, emphasis, and sometimes even voice as those I was copying. After a while, I stopped being able to tell the difference between my true self and when I was acting. I became so out of touch with myself that I didn't know how to interact with people if I didn't have a persona to embody.

One of the issues living disconnected from your sense of self is that it takes an incredible amount of energy to keep up. In my early-to-mid 20s, the extra effort became unsustainable and almost every social situation began giving me intense brain fog.

Brain fog is the worst when you’re acting. Managing my interpretation of the social environment and how to interact with it (according to the fake persona) suddenly became next to impossible amidst the fog. My anxiety skyrocketed when my brain got foggy. My biggest fear was that someone might be able to tell that even though I seemed confident and in control, the truth was the opposite.

Overcoming the Shame of BPD

When I started learning about BPD, it blew me away that other people also experienced intense attachment, emotional numbness, and losing touch with reality. Once I had a name for what was going on, I could google it. I could learn about it. I could talk about it. I could admit it. I could look at myself. It was as if I had been searching for something in a dark room with a flashlight, and then somebody turned the light on.

I still feel the compulsion to lie in uncomfortable social situations. I still catch myself studying mannerisms and tonality for replication. I still feel like an imposter and a fake sometimes. But the better I get at putting words to these impulses and feelings, the less ashamed I feel, and the more I accept myself.

I now know how detrimental shame can be and how important it is to acknowledge and accept who you are. I have learned that I am allowed to own my demons. To admit that I'm not always a fan of everything I say, do, and think. It's okay to be wrong. It's okay to admit your failures. And just because my actions might sometimes be wrong, it does not mean that I am wrong.

What are your experiences with shame? Let me know in the comments below.

APA Reference
Brown, D. (2022, April 19). The Link Between Identity and Shame in BPD, HealthyPlace. Retrieved on 2022, June 27 from https://www.healthyplace.com/blogs/borderline/2022/4/the-link-between-identity-and-shame-in-bpd

Mental Health Labels: Helpful or Unhelpful?
How Understanding Neurodiversity in Borderline Can Help