What Schizoaffective Disorder, Bipolar Type Means for Me 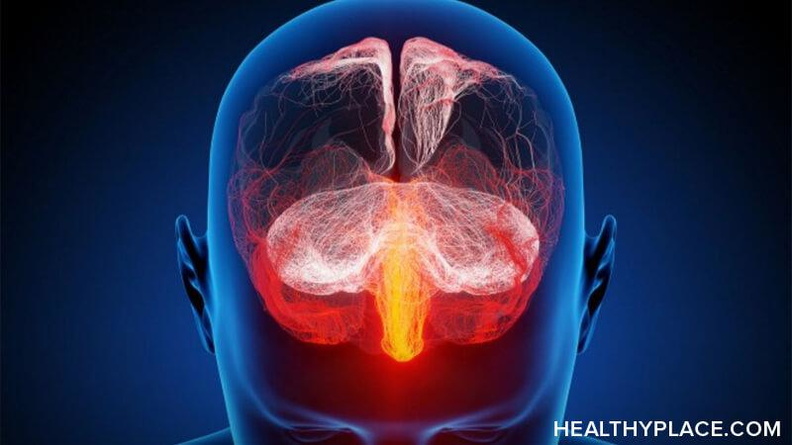 As you may already know, bipolar disorder itself is defined by a combination of depression and mania. Depression symptoms include feelings of worthlessness, pain, and suicidal ideation. Bipolar mania, by contrast, is characterized by feelings of elatedness, irritability, and euphoria.

According to Wikipedia, a major depressive episode is a period characterized by:

The symptoms of major depressive disorder: primarily depressed mood for two weeks or more, and a loss of interest or pleasure in everyday activities, accompanied by other symptoms such as feelings of emptiness, hopelessness, anxiety, worthlessness, guilt and/or irritability, changes in appetite, problems concentrating, remembering details or making decisions, and thoughts of or attempts at suicide. Insomnia or hypersomnia, aches, pains, or digestive problems that are resistant to treatment may also be present.1

What Schizoaffective Disorder, Bipolar Type Means to Me

So what does all of this mean to me? Well, in my experience, the bipolar aspect of my schizoaffective disorder diagnosis implies that, since I was premorbid or prodromal, as psychiatrists call it, I have mostly exhibited signs of extreme sensitivity to things such as brutality, criticism, and obnoxious behavior in general. At first, I was just sensitive to these kinds of things, and I had a self-image problem.

Later on, in college, this sort of sensitivity developed into a loss of interest in things in general. I became, at that time, sarcastic, aloof, and supercilious. Then, after my eventual first, and I think pretty much last, psychotic episode, I did suffer from multiple extreme instances of anxiety -- anxiety so severe that it landed me in the hospital at least two different times. I'm not sure if I have really ever been too manic, honestly, in a stereotypical way, but I guess at some point one or more of the psychiatrists I saw pegged my immediate behavior as manic. I can tell you, although sometimes I may feel mildly euphoric, if I am ever exhibiting mania, it is probably mostly in the form of irritability.

Even to this day, my general energy level is very strange. It seems that no matter what kind of medication I am on (I have tried antipsychotics, antidepressants, mood stabilizers, stimulants, beta blockers, and other "agonist" and "antagonist" medications), my fluctuating energy level is always changing from states of pain and depression to average to high. It seems anything -- literally, anything -- a car whizzing by, the TV playing in the other room, or a fly landing on my shoe, can quickly change my energy level. I suppose this really is the bipolar aspect of my disorder. Despite all this, I always do and always have looked to the future with optimism, patience, and hope.

APA Reference
Crawford, A. (2017, November 13). What Schizoaffective Disorder, Bipolar Type Means for Me, HealthyPlace. Retrieved on 2022, September 25 from https://www.healthyplace.com/blogs/creativeschizophrenia/2017/11/the-bipolar-aspect-of-my-diagnosis

I have bipolar I with psychotic features and believe me I have been a victim of targeting. I was a truck driver for 17 years and I constantly thought people were bothering me and it seemed just thinking it made it happen. I chased plenty of people down in the truck and in my car especially if I got flipped off. It brought this intense angry that I couldn't control because I heard a very loud voice edging me on saying "get them"
I couldn't stop even though a little voice in the back off my mind saying "don't do that".
I used to hear a talk show playing constantly playing in the back of my mind. Yet all I could hear is mumbling.
Meds stopped that. I don't drive anymore and I don't miss it.
I have been deemed unemployable by my psychiatrist and currently waiting for SSDI. I hate this illness i suffer every day even though i take 6 types of meds for it. I don't drive at all. I still have those feeling and manic and irritable so much it hurts my head

My friend, as a co-suffer myself with schizoaffective disorder bipolar type, you helped other people, by writing this article, to better understand what we are going through. I wish I could give this article to everyone to read.

Could someone explain the facts that someone who suffers froM Schitzoeffective Disorder is more likely to be the target of an attack rather than the perpetrator. It seems that the stigma attached leads people to believe otherwise

This is a really tough question because I feel I would need a PhD in psychology to explain why people with schizoaffective disorder are more likely to be the victim of a violent crime than the perpetrator. It's just a fact, and we have been so conditioned by stigma to think otherwise that it surprises us and we question it. I know that doesn't really help, but it's the best answer I can give.

Excellent article! Thank you for teaching us to understand!