Life with dissociative identity disorder (DID) is often filled with self-doubt. People with DID doubt their memories and doubt themselves. It is especially difficult in the beginning of a DID diagnosis, when the urge to engage in denial is often the strongest. But the tendency towards self-doubt doesn't stop there; it can continue for years. One cause of consistent self-doubt is related to a type of psychological abuse experienced by many with DID: gaslighting.

Gaslighting is a type of psychological and emotional abuse that occurs when an abuser purposefully manipulates a victim into believing things that aren't true, and doubting things that are true (Gaslighting: Designed to Destroy Your Sanity). Abusers can use gaslighting as a way of covering up other types of abuse. When confronted, abusers deny the reality, and instead turn it on victims, convincing them that they are wrong and crazy (Gaslighting: Defined by Types of Gaslighters). Gaslighting causes a tremendous amount of confusion, questioning, and self-doubt in the victim, and the effects can last long after the abusive relationship has ended.

The Connection between Gaslighting and Self-Doubt in Dissociative Identity Disorder 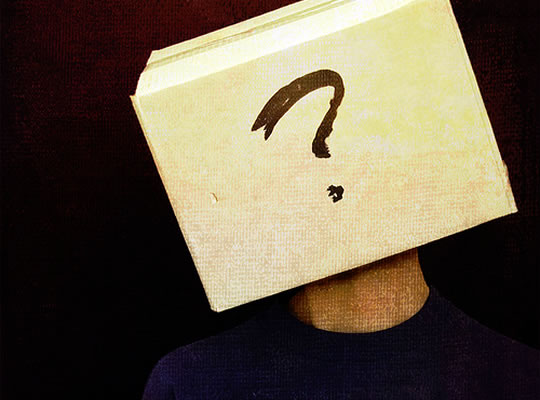 It's not uncommon for those with DID to have been victims of psychological abuse, including gaslighting. People with DID doubt their memories and accounts of past events because their abusers tricked them into believing that no such abuse occurred. This can complicate the healing process when working through traum
atic memories. Instead of believing the memory, the person resorts to doubt and denial, as if it were in automatic response. Sometimes, people with DID will even doubt their diagnosis, believing that no abuse occurred and that they must just be making it up.

The effects of gaslighting in DID are further complicated when other parts, or alters, have also experienced that type of abuse. Younger parts can be more susceptible to manipulation, and their ability to understand can differ significantly from that of the host and older alters. The confusion and doubt have to be worked through with each alter, in age-appropriate ways, just as if he or she were any other person.

It is not easy to reverse the effects of years of psychological abuse, but it is possible. Remind yourself that you are not crazy (a common term used against victims in gaslighting). My abuser spent over a decade telling everyone in my life that I was crazy and delusional. It took just as long to realize that it wasn't true. It was just her way of isolating me and making me doubt myself.

Tell yourself your experiences, your memories, and you as a person are all valid. Instead of trying to find ways to disprove your reality, look for things that validate your experiences. When I struggle with doubts about my diagnosis, I look at the pictures my alters have colored, pictures that are nothing like what I would ever color. When I struggle with doubts about my abuse, I remind myself of the proof that it occurred; the scars, the body memories, and the posttraumatic stress disorder (PTSD) would not have appeared for no reason. I counteract the tendency to invalidate by saying, "Well, what if it did?" Most of the time, the evidence is there, and I can't deny it.

I've also learned that doubting my diagnosis and doubting my memories and experiences makes it difficult to work with my system. When I doubt my experiences, I am also doubting theirs, and denying their reality. I wouldn't want someone doubting me.

It can be difficult to acknowledge when psychological abuse like gaslighting has occurred, but when you do, healing from it is possible, even when you have DID.

I have been a victim of gaslighting psychological and emotional abuse for years and didn’t realize it. A co-worker started telling me that I was being setup and that I would be shocked when I found out who was behind it, in 2012 a bible study friend would tell me that someone was saying really bad things about me, that there were lots of people involved and later she would come back and tell me that I was a victim of “gaslighting” . In 2013 my husband convinced me that I needed to quit my job as a Sr Business Applications Analysts IT Project Manager and in 2016 we were in a car accident he walked away unscathed and I was hospitalized for 12 days and Am having subsequent surgery’s to date as part of the healing process. The gaslighting is ongoing and with my skill set I haven’t been able to obtain a professional position. The gaslighting and abuse has impacted ever area of my life, my children stop speaking to me, Friends and family, organizations that I have membership in no longer wanted me to be a member or they would not allow me to participate or attend functions, this was reflected in family & friend gatherings as well. They rumored that I was a whore, involved with drugs, human trafficking and the list goes on.

Thank you so much for this, this article was a lifesaver for me!