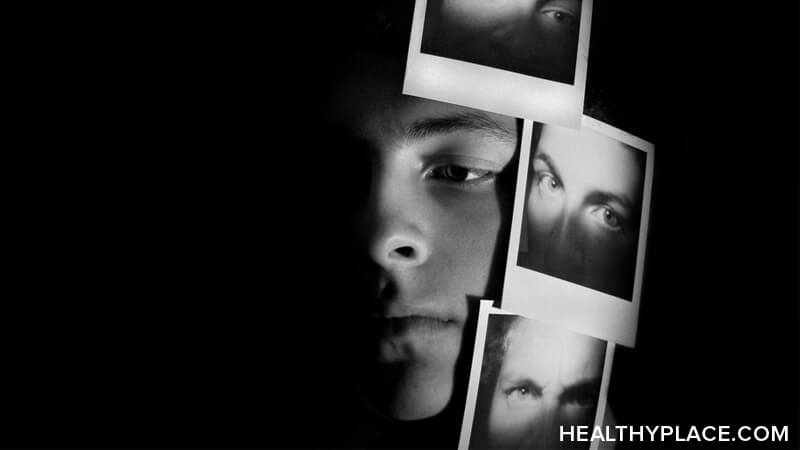 Should a loved one or a friend ever be allowed to force a switch in someone with dissociative identity disorder (DID)? What does forcing a switch mean? Let's go back to basics first.

In DID, a switch is when a person changes from one alter ego state to another, or, in very loose terms, from one personality to another. This is usually caused by a trigger that initiates or activates a switch. Triggers can be either positive or negative. A positive trigger is something non-trauma related and is pleasant enough to cause an alter to come forward and experience happy emotions, such as a special toy, cute puppies, or a favorite ice cream flavor. A positive trigger, in some instances, can be used to bring forth an alter.

Alters within a system switch for a variety of reasons, but there is always a trigger, whether or not we can define what it is. Alters (headmates) can switch for all types of reasons depending on the trigger. Switching between headmates is usually involuntary, and can cause a great amount of distress with the alter.

Every DID system is unique. Some people with DID have more control over their switching than other people with DID. In a typical system, one alter generally takes over if the circumstances need it. For example, there was an occasion when I was under extreme emotional duress, and I wrote in my system's shared journal that if there was a headmate that was able to come forth and take my place, please do so. I then felt myself disappear and I remember nothing after that. A different headmate volunteered to step forward (or "front") because she had the skills and abilities to function under circumstances in which I could not.

Forcing and Triggering an Alter to Switch

I cannot speak for all DID systems, but there are times when it isn't appropriate to call, trigger, or force another alter to switch.

Repercussions of Forcing an Alter Switch

Headmates will come out when there is a need for them. Switches happen when there is a trigger and a different headmate with a different role and skills is needed. If a member is not ready to come out, but you provoke him or her by using a name and triggers, it can ultimately be damaging to the headmate and the system. This casual lack of thought and consideration can lead to feelings of mistrust and betrayal. At the very least, it's abusive to the alter that was intentionally triggered.

Furthermore, it teaches the system that they have no control or voice as to what happens to their system or themselves. Feeling out of control will also lead to feelings of helplessness and powerlessness, feelings from which they already experienced from earlier traumatization.

Lastly, forcing a switch is a violation of their safety and protection.

Switching can be very unpleasant and stressful for an alter, especially if it is not done by choice. Please understand that if an alter has something to offer and is capable of coming forward, he or she will, but we are not a magic trick. We are not a freak show exhibit in a circus for the peanut-crunching crowds to view.

Another time we should avoid switching when possible is with our children. I know my child alters want to come out to play but when they do that around my children it can be terribly confusing for them. Also, when child alters are out playing, they are focused on their own fun (as all children are) but as an adult, I need to always be focused on my children and THEIR play.

Hi Becca
You have done it once again. What’s that you ask? Answered a question about DID I didn’t even know I had. Thank you for helping me get to know you that much better. P.S. Bravo for your great ending. I don’t even eat peanuts!

Thank you for your comments and you interest in DID. I hope you continue to find beneficial information amongst these pages.