Did Therapy for Your Dissociative Disorder Stop Working? 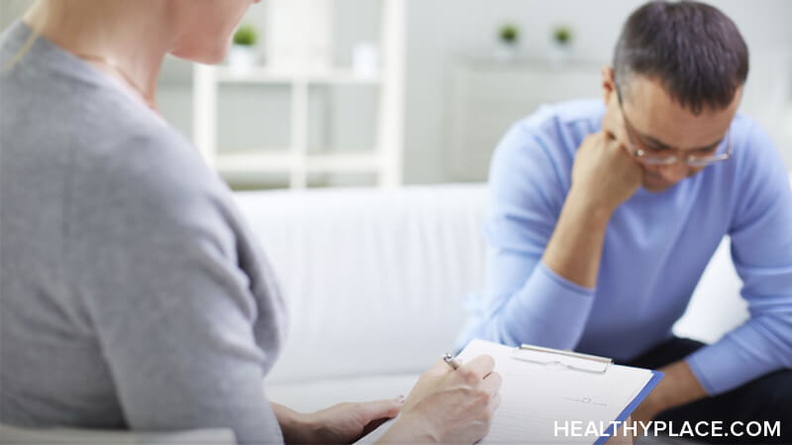 Signs That Therapy for a Dissociative Disorder Isn't Working

You may be have been in therapy for just a few months, or have been going for several years. Sometimes, no matter how long you've been in therapy, your dissociative symptoms may get out of control. It's not you or your therapist's fault. Every mental illness has its ups and downs.

Dissociation may become your normal. You find it difficult to stay grounded in the present, even when there is no threat; your day-to-day functioning may decrease because of it. You start shutting down and isolating yourself, even in session. Risky behaviors, including self-harm and suicidal ideation, may increase to unsafe levels. When these signs occur, other options aside from therapy should be put in place.

What to Do If Therapy for Your Dissociative Disorder Quits Working

There are different options depending on your needs. If your symptoms are not controlled and are severe, inpatient hospitalization may be the best option. There are several trauma-focused hospitals across the United States that specialize in DID treatment (Dissociative Identity Disorder (DID) Treatment Centers).

If symptoms are less severe, a partial hospitalization program (PHP) or intensive outpatient program (IOP) are good options to help you work towards stabilization and help you learn more coping skills. There are different types of PHP/IOP programs, and while many don't specialize in DID, the structure of the programs can provide the needed help and support that you need. Additional support groups may also be an option when individual therapy isn't enough.

Therapy for Dissociative Identity Disorder Stopped Working for Me

Back in January, I was struggling. Even though I was going to individual therapy twice a week, my symptoms were getting worse. I was actively suicidal. My dissociation was out of control. I was shutting down in session and wasn't progressing in any way. That's when my therapist suggested additional services.

I hesitantly started a trauma-based PHP back in January. At first, I didn't want to be there. I felt like I failed. I felt like my therapist had given up on me. It took a few weeks before I started accepting that I needed the help and support that I couldn't get in individual therapy.

Three months later, I am getting ready to finally leave the program and re-enter individual therapy. It's been a lot of hard work, but I can see the improvement, and so can the therapists at the program.

It may feel difficult at first, and you may be unwilling, but it's okay if therapy for your dissociative disorder doesn't work all the time. There are options. A different type of therapy worked for me, and it can work for you.