I'm Not Dangerous, I Just Have Dissociative Identity Disorder 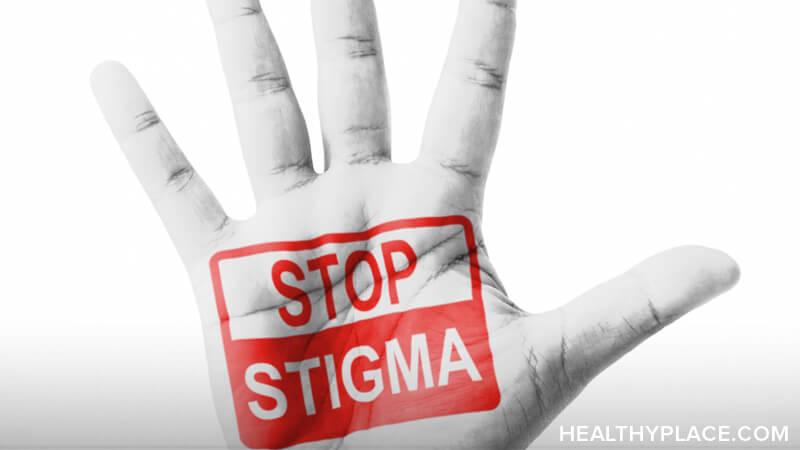 I'm not dangerous, although some people think people with mental health disorders are dangerous -- especially, it seems, when it comes to dissociative identity disorder (DID). A diagnosis of DID can bring about a lot of changes. The person can feel different, sometimes better, knowing that they have a diagnosis, and sometimes worse, knowing that the diagnosis is not an easy one. Treatment can include a variety of medications and really difficult, intense therapy. Then there are the changes that you experience from people on the outside, some of whom don't believe I'm not dangerous. While many people are supportive, there is no denying that a DID diagnosis comes with a tremendous stigma that can change a person's life forever.

My Initial Experience After My Dissociative Identity Disorder Diagnosis

When I was first diagnosed with dissociative identity disorder in 2015, I felt a plethora of emotions, from relief to depression. I had an experienced therapist that made everything much easier to deal with. We didn't rush into anything I wasn't ready for. When I came out and revealed my DID diagnosis to my friends, they were incredibly supportive of me. I didn't experience anyone making rude comments or turning their back on me. I was surprised, because I had heard about the huge stigma that DID carries with it, and I was afraid I was going to witness it first-hand with the people closest to me.

To People in the Mental Health Field: I'm Not Dangerous

The fact that I'm not dangerous hasn't protected me from stigma. Ironically, my first experience with discrimination came from others within the mental health field, the people who should be the least discriminating. When the dean of my graduate school found out about my DID diagnosis, my position in the program was questioned (The Risks of Being Open About Your DID Diagnosis). Despite having a 4.0 grade point average and no incidents, I was told that my DID made me a threat to others. I ended up leaving the program and the counseling profession for good.

My worst experience with DID stigma occurred just a couple of months ago when I was in the hospital. After nearly three days of asking to speak with someone from psychiatry, a crisis worker from Monmouth Medical Center came to see me. She asked me the usual questions and asked me to explain the situation. I told her about my posttraumatic stress disorder (PTSD) and my dissociation, and that my symptoms were worse around certain trauma anniversaries, which is part of the reason I ended up in the hospital.

A short time later, the crisis worker came back and started aggressively talking down to me, telling me that I was ruining people's lives. She also told me that my mental health issues made me a danger to be around people and children. I was floored. I never posed a risk to anyone; I would never hurt anyone. I'm not dangerous.

I'm Not Dangerous: DID Doesn't Change Who I Am

The stigmatizing treatment I received at the hospital that day changed my life. It left me homeless. I tried several times to find housing, only for people to Google my name, find my writing here, and tell me they didn't feel safe renting to someone with DID. I've lost everything I had because of a diagnosis that people wrongly assume makes me dangerous.

I've come to get to know a lot of people with DID through my work. Not one of them has ever harmed another living thing. They are kind, thoughtful, caring people who have been through unspeakable traumas.

There is this belief that we, people with DID, are the ones who are dangerous. We're not the dangerous ones -- the people who hurt us are, and we do everything in our power never to be like them.

My name is Crystalie, I have DID. I am not dangerous.

Surviving vs Thriving with Dissociative Identity Disorder
Balancing Dependence and Independence When You Have DID
KM
July, 25 2018 at 9:03 am

I'm so sorry this has happened to you! But you sound like a remarkably intelligent, articulate and therefore resilient person. I hope you will be able to rebound quickly from all of these most recent attempts to damage your sense of who you are. Don't give up! Just the fact that you wrote this blog PROVES that YOU ARE NOT DANGEROUS! I wish you peace.

This is exactly why I am having such a hard time accepting this diagnosis!!!!! People are freakin cruel and I don't want anyone to know because of this!!!

Thank you for sharing your story! Everyone has a special place in this world, and story to share, and it's so empowering to see you authentically showing up and telling yours. Thank you for being brave enough to do so. Just by sharing your words you demonstrate so much kindness and thoughtfulness for others. Your unique voice is a gift to so many, know this.