Online DID Support Groups -- The Pros and Cons 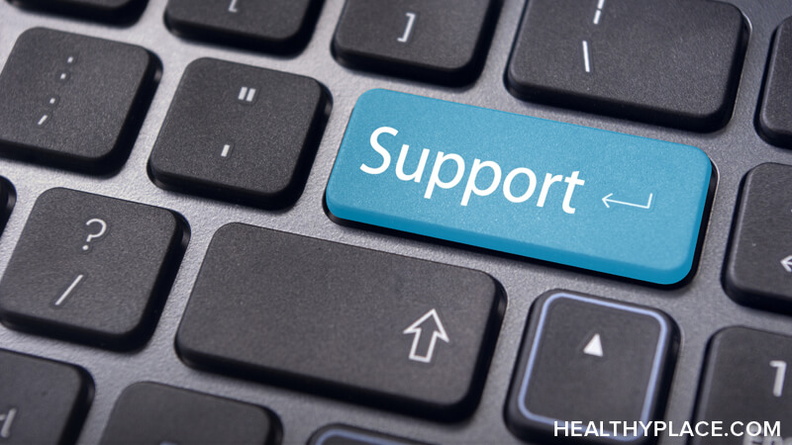 Online dissociative identity disorder (DID) support groups are all over the Internet. This is good because finding support when you have dissociative identity disorder can be difficult. Sometimes one-on-one therapy isn't enough, and you want to be able to talk with others who understand what you are going through. Finding local DID groups can be difficult, and oftentimes impossible, leaving many to turn to online DID groups to find support. But are online DID support groups always the best option?

One of the biggest concerns people have when joining an online support group, especially about DID, is privacy. It is important to check the privacy level of the group before you join to make sure it fits with what you are comfortable with. While some people are open about their diagnosis, others, for various reasons, prefer to keep their mental health private.

Public groups on Facebook are accessible to anyone, which means anyone can see what you post. In closed groups, posts cannot be seen by everyone, but the fact that you're a member can be seen, which can still be a little too revealing for some. Secret groups on Facebook are the most secure and private. Some people also create separate accounts under a different name, or an account for their alters to use specifically for groups.

Non-social media-based groups can be joined under an alias, so it is easier to ensure privacy is maintained.

Online DID Support Groups Are Available Whenever You Need

There are some great benefits to online DID support groups. Since members come from everywhere around the world, there are always people around when you need some support or just someone to talk to. Quite a few times I've found myself unable to sleep in the middle of the night and being able to talk with fellow group members. Many groups also have chats that also run alongside the groups for faster responses.

Another pro is that everyone in the group understands dissociation. It's not like a therapist whose knowledge of dissociation came from a textbook. These are people from all walks of life -- and yes, some are even therapists themselves -- who experience dissociation and DID throughout their life. Some people are newly-diagnosed with DID, some have been diagnosed for decades. Everyone is at different stages and may even be taking different paths to heal.

Online DID Support Groups Can Be Abusive, But Don't Give Up

I recently experienced something I wish I could say didn't happen, especially in the DID community. There was an online support group for DID that started to become harmful for members. If members didn't use the right words or agree with an exact method of healing, they were reprimanded. People were made to feel bad if they wanted to keep their DID diagnosis private ("The Risks of Being Open About Your DID Diagnosis"). They were muted from the group just for disagreeing with the moderator. It became traumatizing for members, members who had already dealt with enough trauma in their lives.

Unfortunately, instances like these do happen, and it can take a long time for members to recognize these behaviors as abusive. Just remember you never have to stay anywhere that makes you uncomfortable, even if it's just online.

There are many, many online support groups for DID and dissociation out there. Take the time and find the one or more that work for you and fit with your experience of DID. Do you believe in functional multiplicity? Search for a group that focuses on that. Do you need a group for coping with ritual abuse? They have those, too. If you need help, just reach out. There are quite a few of us in the DID community who are always willing to help you find the right support.

When Dissociation and Chronic Illness Collide
Is It Possible to Know All of My Alters?
CaZ
April, 29 2022 at 9:55 pm

Can some one please point me in the direction of decent online DID Support Groups? Trying to help my child with finding friends or someone like them to chat to. Things are getting very tough and difficult for them and I’d appreciate any guidance please.

I was abused in a support group years ago and have not been to online support for anything since. I wasn't allowed to be myself and I was bullied whenever I tried to be. Everything I did and said was wrong and all heII broke loose if I dared disagreed with the wrong person or even suggest any alternatives or personal experience. It made me feel so bad about myself, I isolated myself from life. I'm glad online abuse was mentioned here, because I did not know it was a "thing". I blamed myself for it and I didn't realize others had experienced this. Thank you.

So, I think that I have DID but I'm not sure if I do 100%. How can I tell that I'm not faking it like my friends think I am? Because a lot of my friends think I'm faking but I have big memory gaps and I don't remember pretty much anything from my childhood from age 4-12. And my mom thinks my dad did some things. So how do I know that I'm not faking? Because I also hear voices and talk to myself all the time. So I don't know what that means. Do I actually have DID?
I need help finding a online community to help me explain all of this because I am very confused.

I just left a long message and lost it by, hit wrong button I guess. So I will be brief. Can you suggest an online group (I have never used net for my issues), for D.I.D, P. T..S.D., depression and drug use. Thank you,
Melanie

My son in law has DID & has left my daughter twice within the past month. This is a new diagnosis ( he self diagnosed). She is trying to deal with this, and I am feeling so overwhelmed by every thing. My husband & I are both in out 70's & not in the best of health ourselves, but we are trying to be supportive to both of them

I am looking for a free support group. I cannot afford conventional therapy. I was diagnosed with multiple personality disorder ( now called DID) back in the early nineties. Had inpatient and outpatient therapy for a few years. ( 3 or 4 years) been on my own with it since. Thought I was doing good but not really. I can only explain it as this, I feel everything and yet I feel nothing. I know that makes no sense. Just recently I have been feeling my alters near and somewhat taking over. My speech changes in mid conversations, elevated mood changes and my physical pain suddenly temporary gone. My loss of time has been increasing to a scary level.
So not sure why I am even here. Please direct me in some way.

Hello, Natasha. Thank you for being part of our online community. I am so sorry to hear how badly you are struggling. While HealthyPlace has no affiliation with this website, I would recommend you look to the International Society for the Study of Trauma and Dissociation. Their website is found here. https://www.isst-d.org. You will find they have many public resources to offer you. Also, while I would use caution and discernment, you can always find support groups on Facebook. Just type "dissociative identity disorder" in the search field. Also, continue to search HealthyPlace for help and resources on how to cope with DID. There is help available.

I went through a very bad time with a fairly prominent person in the DID online community. I know it was partly my fault for being too trusting and gullible. They came across as so helpful and kind at first, but things got worse and worse. I was blamed for not getting better using their recommendations. They leaned on me through their extreme emotional highs and lows, but I could not do the same without being told I was just getting triggered. I met them in on large online group and then they started their own online group. There was constant drama. At this point, because I had heard them talk viciously about others, I became afraid of saying no to them for fear of them being vindictive.
I finally realized when they recommended some type of partial integration in a post I made in their group, that they had crossed a line and were being irresponsible and possibly intentionally mean.
Because of my own DID, it took awhile for me to realize they were not behaving in healthy ways. I still blame myself, because I have a lot of amnesia. I believe they probably had compassionate intentions, but they , like me, have a complex and difficult disorder. I still feel like I can’t really talk about this in any DID online spaces for fear of vindictiveness.
So I mostly just don’t participate in any online DID spaces and if I do, I keep my mouth shut.
But staying silent bugs me. Thankfully I have a good health care team and friends who are willing to listen.
This person still has a large online group and presence. I just hope others don’t get hurt the ways I did.
My amnesia and internal communication has gotten a lot better since disengaging from them.
Online support seeker beware!