What Are Opposite-Gender Alters in Dissociative Identity Disorder? 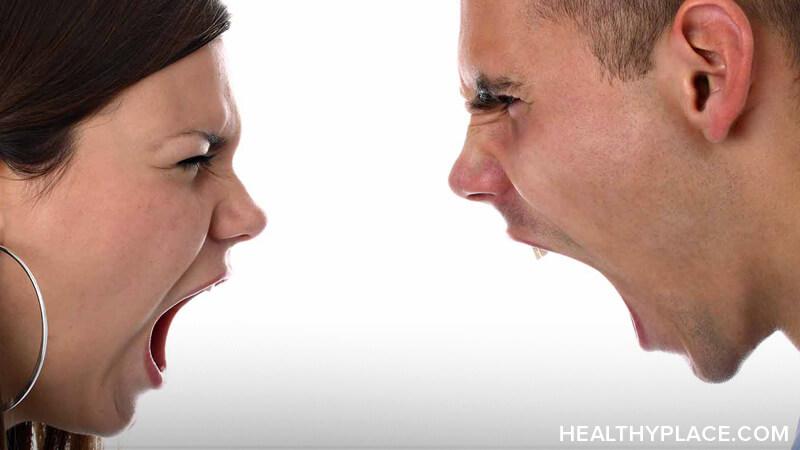 If living with dissociative identity disorder (DID) is not challenging enough, it can be even more difficult and imposing when learning your system might include opposite-gender alters.

You probably know already how alters are formed in the first place, but just in case, let's refresh our memory. An alter is created in a dissociative identity disorder system when the child can no longer bear the harsh, prolonged abuse inflicted upon him or her. Alters, or headmates as I call them, develop when there is an overwhelming need for someone to undergo the trauma that the original child cannot handle.

What Does It Mean to Have an Opposite-Gendered Alter

When I refer to opposite-gender alters, I am not discussing sexuality, sexual orientation, or the topic of being transgendered, although these topics are worthy of future consideration. For the purposes of this post, we are focusing solely on the role of alters who are oppositely gendered than that of the physical body. For example, we will focus on male headmates in a female body and female headmates in a male body.

Why is this important to discuss? It has been suggested that at least 60% of all DID systems have at least one opposite-gendered headmate. These headmates that are of a different sex are formed almost always because the DID system needs safety.

So how does the opposite-gender alter create safety? What is his or her role?

Let's talk about protection first. An opposite-gendered alter might be created to protect the child from the trauma. How? When a female child is sexually abused repeatedly, the mind might develop a male alter that can handle the constant trauma because he naturally has different body parts. In the child's mind, if she does not have the sexual female parts that are repeatedly being violated, then the trauma can't exist because she doesn't have the body parts that are repeatedly violated. In other words, if you don't have a vagina, then you cannot be vaginally raped. An opposite-gendered alter is created to take on the abuse because he does not have vaginal parts. In other words, no female body parts equal no abuse in the child's mind, and that is protection.

A female child might also create a male headmate that is a persecutor to other headmates or to the currently fronting host. This male persecutor, in his attempt to fix the traumatic situation, might victimize other women in an attempt to get psychological control over the system's own traumatic circumstances. Being in control, even if it is harmful, equals protection.

Though there is not as much research on male systems which contain female headmates, it has been suggested that a male child that is being abused might create a female headmate because he needs a "mother" role in the attempt to soften what might be angry and aggressive behavior on his part as a male DID sufferer. This maternal headmate would serve as protection by mitigating the destructive emotions he might have.

The Opposite-Gendered Alter in My System

My own system has an opposite-gendered headmate. His function is protection. He provides safety and comfort when we feel the need to be taken care of. Unlike other systems, our male headmate does not come forward or ever take executive control. He stays in the background, always ready to care for us when we feel abandoned, unloved, or unsupported.

For example, a female body and its system might feel uncomfortable if her opposite-gendered male headmate desires to dress in a stereotypical male fashion, thus looking more masculine than is comfortable for the female alters.

Conversely, a male DID system might have a female headmate who wants to wear long hair, dresses, and makeup. This might embarrass the male headmates.

Some headmates might recoil when they discover that their system contains a gender that is different than the physical body. However, it is important to remember that the opposite-gendered alter has been there all along, so it is not really news or different from how the system already functions, you just were not aware of his or her existence beforehand.

Though it might be difficult to learn you have opposite-gender alters, it is important to keep in mind that these headmates of the opposite sex need just as much compassion as the rest of the system, and they need not be feared. They were created to handle the abuse that was too overwhelming for you, and for that reason alone, they need to be supported and accepted as well as the other headmates in your system.

For further discussion, please watch my video below as we discuss how to support the system and our opposite-gendered alters who might want the same freedom to front and exist in a manner that is different than the stereotypical forms of the physical body.

APA Reference
Hargis, B. (2019, September 4). What Are Opposite-Gender Alters in Dissociative Identity Disorder?, HealthyPlace. Retrieved on 2022, July 3 from https://www.healthyplace.com/blogs/dissociativeliving/2019/9/what-are-opposite-gender-alters-in-dissociative-identity-disorder

I have a large system; currently 108 alters. My system started out with many poly-fragments , 100 plus, that are now integrated. The system which remains consists of 3 control groups with of 12 alters each (36) which were identified in the very beginning of discovering my system.
Recently 72 gay male alters emerged and initially called themselves the Trauma Time alters. Their ages range from 3 to 30 years old (some having grown up). The host and body is a female. They started being created when I was 3 years old because of my father's abuse of me and others. He was a sexual sadist and a serial killer. They’ve been the presenting personality/ties since I was 5, so about 64 years.
The more I accept and nurture the 72 gay male alters, the more cooperation there's been between them and the rest of me.
In the past gay men have been attracted to me and yet never figured out why. Of course I didn't know why either. My mother tried to change my outward behavior from an early age with countless feminizing and etiquette courses. She thought I was a tomboy. I wasn't. I requested boy's toys rather than girl's toys from around age 5, and she flat out refused to buy them for my birthday and Christmas.

Hello. I just wanted to know if anyone else with DID ever made a sort of mental hub (a place in our head where we manifest into our preferred forms, and meet to socially interact with each other), and maybe how can we search our minds for "hidden" alters.

I don’t really know how this could apply to us, we are with almost all males and one female in a female body. I am the host and considered the core, and my gender is male, and all other alters are male, but we have this one girl who is an avenger/caretaker, would then the cis male thing apply to us, that she was made to be a motherly figure? I know that we were not sexually abused, only physically, so there was no business with our genitals.

I've been studying psychology for 30 years, only got a bachelors but its still my passion. I can trace the origins of each of them and understand what they represent, yet I still struggle with one of them.
There are 4 of us total, 3 male one female, in a male body. The problem is I'm the only one who feels ashamed of the female, and I hate that. I worry any time she gets a chance to host, I want to learn how not to be afraid of that part of me. Shes timid and quiet, its just the clothes, and her feelings, as she feels attraction to males and I do not. Would love some advice.

My mum was abusive and used to call my brother and I mary and jane when we used to muck around, fight etal.
Once she punished us by taking us to see Cinderella, and put ribbons in our hair...and called us mary and jane. Other times she would punish us by making us wear a dress and stand in the corner at relatives places. And she would often put lipstick on me before we out shopping.
Her rages were incredibly voilent and unappeasable. In my teenage years i crossed dressed and the habit stopped when I went to work.
I suffered dv from my now ex wife when i collapsed with encephalitis and was hospitalized for 2 months relearning to walk. She would spit on me and decare I wasn't a real man.
Recently my mother erupted in a rage (2 years ago.) And said I wasn't a real man, but was homosexual. I told her to git and stormed out...
Since then cross dressing became a thing. I discovered I had pierced ears, shaved my beard, and body, and that I would discover I was wearing makeup.
My new wife and I are aware of DID, but I never considered I had it..until I started a communication journal... ok, I got 2 female alters, and it seems one has been switching and remaining as a host on a regular basis. Ahhh yes, i forgot about the nail polish.
I'm not transgender. My female alts are kinda lesbians ( happy for me to be the married one.) and not into men. (Thank god for that.)
Anyways...oh yeah. Im in my mid 50s and finding all this kinda very confusing.

I am male with DID and have a few female alters (about as many as male ones). Our primary trauma holder is male, with some feminine tendencies (particularly with clothing). The first female alter appeared around the same time this other alter did, they were the first two… she is clearly a protector, but also functioned as an escape mechanism, as a gatekeeper of sorts.
Her personality and “image” is similar to a tinker bell character (though she is a more person alter than introject of the character). Best we can figure her role was protection by moving people to and from, and ensuring the trauma holding one for the given situation was present.
Others developed later with lack of mother’s presence during early child bus and marriage troubles in the home, keyed to ballet which she had put me into at 5-6 years old for a year or two.
Another came about trying to help fit in with kids in the neighborhood after moving, mostly girls. She played dress up and cheerleader and princess with them.
Another in slightly later youth was an attempt to be a “perfect” kid and fulfill a known role of “if you’d been a girl… this or that, your name would have been…”
Another came from a period of helplessness when dad was gone for a year and mom sick and nearly killing her self. Why a girl? Not entirely sure - and this one isn’t “paired” with a male counterpart from the same period of our life or similar circumstances like most of the others.