Schizophrenia and the Social Brain: Why It Matters

If you, too, have a child or other relative living with mental illness, you know that this is a small miracle - or maybe not so small. Ben's social brain function has been among the victims of his schizophrenia. But it's possible that it can come back - and, in some ways, it has begun to.

What is the Social Brain?

The Yale Child Neuroscience Lab is currently doing research on this topic. According to their website,

Humans are an intensely social species. Social cognition refers to our ability to perceive, categorize, remember, analyze, reason with, and behave toward other people. We are specifically interested in how the brain processes socially relevant visual stimuli, including faces, emotions, gestures, body movements, and eye contact. These basic building blocks form a foundation for complex skills such as theory of mind, the ability to represent others' mental states such as thoughts and beliefs, even if they are different than our own, and to use our understanding of other people's beliefs to predict what they might do next. 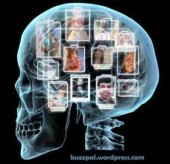 Add that to the research reported in this past weekend's Schizophrenia Conference at Columbia University, which confirmed for me what I already knew: there are a whole set of cognitive and social changes that come along with the documented negative and positive symptoms of schizophrenia.

What has that meant for Ben, and for us?

Schizophrenia and the Social Aspects of Life

While I know we are lucky to have Ben back with us, in a recovery phase, talking with us instead of to his voices (most of the time), and doing well at school, work, and with his family.....I still miss him sometimes.

What do I miss? Here are a few things:

In the 18 months since my book Ben Behind His Voices was published, enough has happened to warrant an epilogue should we go into a second edition. Among the developments, as readers of this blog know, are: discharge from his group home, relapse, re-recovery, part-time work, and current living situation at home with us. Lately, these changes have included the miracle of friendship. Ben's friend "J" is, in fact, currently living with us - long story - and this "roommate" situation has opened the doors to a social life I thought Ben had lost forever. Ben and J have a few more friends to hang out with (nice guys, too!), and all of them know that Ben takes schizophrenia medications, has his moods... and they seem to love and accept him anyway.

I have prayed for this, for Ben - yet didn't expect it. For as long as this lasts, I am so grateful. It's like Ben is getting his teen years back, even if I do end up buying a lot of pizza (a joyful expense, believe me).

"Just for a Moment, No Schizophrenia"

At a recent neuroscience symposium at Yale University of Medicine, Dr. Ralph Hoffman presented a session on this topic, and ended with a trailer about a soccer team whose members have schizophrenia. At the moment of victory, though the words are not in English, the expression of pure joy on the face of one player on the winning team transcends language. Dr. Hoffman remarked:

"Maybe just for a moment - that player does not have schizophrenia."

He sure didn't look like it. For that moment, there was no blunt affect.

Maybe Ben's brain can repair itself - given time, patience, and retraining. In the meantime

- I hope that if I had seen his basketball game, maybe I'd have seen that expression of joy too. I hope so - for his sake. I miss Ben's joy, and perhaps he does too.

But with more research, more treatment, maybe there will be more moments of cognitive - and social - brain repair.

PS -The PBS series called Healthy Minds has an episode on treating schizophrenia which includes a segment about a cognitive remediation program. The episode streams live here.

APA Reference
Kaye, R. (2013, April 17). Schizophrenia and the Social Brain: Why It Matters, HealthyPlace. Retrieved on 2020, October 27 from https://www.healthyplace.com/blogs/mentalillnessinthefamily/2013/04/schizophrenia-and-the-social-brain-why-it-matters

As I read your article, I can relate so much to your story. After four years of dealing with so many medicines and ups and downs with my son squizoaffective disorder, he recently and out of the blue enroll this spring at school and in a soccer team. I enjoy seeing him at soccer practices and games. I feel that I got my son back, he is having the blast and camadery he missed by isolation all his teen years. After a game one of his team players said, " Your laugh it is so contagious...." Something is happening, I don't know if his brain it is repairing itself, but I know that this is God's miracle, that our prayers, patience, understanding, support and that the greatest gift that we can give to him "Love" is helping him in so many ways.