Tonight, the boys and I watched "A Charlie Brown Thanksgiving" in honor of the coming holiday. When I was a kid, I developed an obsession with Peanuts, the Charles Schulz comic strip. I spent a summer poring over a garage-sale anthology of the strip, almost feeling as if I was a member of the Gang. I even had my own "Psychiatric Help" booth a'la Lucy, courtesy of my grandfather's carpentry skills and willingness to indulge.

I still love all things Peanuts, but the characters have fallen out of favor with modern kids. I have to wonder--why was I drawn to them? Could it be because each character seems to have been plucked from the pages of the DSM-IV?

Did Charlie Brown and the Peanuts Gang Suffer From Mental Illness?

Charlie Brown is obviously depressed--that's kind of his shtick--and has major self-esteem issues. Considering the company he keeps, it's not really surprising. His primary companion, Linus, is a thumb-sucker who carries a blanket. The blanket is his Achille's tendon--take it from him, and he grows faint, anxious and nauseated. Either the blanket 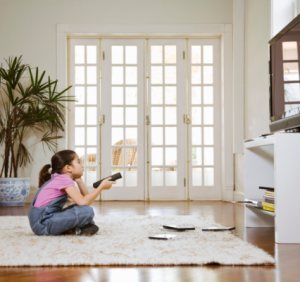 soothes some severe anxiety, or the kid has a flannel fetish.

Charlie's younger sister, Sally, obviously shows signs of wear from living with her brother's severe depression. At the tender (and eternal) age of six, she has already developed a flair for the melodramatic--could she suffer from histrionic personality disorder? (She has, after all, spent years stalking her brother's blanket-toting pal.)

Linus's own sister, Lucy, is a real piece of work. Some might consider her no more than a bully with anger management issues, or a classic narcissist. But take into account her delusions of grandeur (a psychiatric help booth?), depressed episodes (which she describes every year before Christmas), and chronic irritability, and it's plain to see the poor girl suffers from bipolar disorder.

There's Schroeder, who is never as happy and communicative as when he's behind his beloved piano--is this, perhaps, a musical savant? PigPen seems reasonably well-adjusted, albeit filthy--could one or both of his parents be compulsive hoarders, rendering housekeeping and hygiene impossible? Peppermint Patty is a case study in gender identity disorder. And don't get me started on Snoopy--the poor beagle who switches from dog to WWII pilot to mystery author to tennis pro and everything in-between.

The Power to Persevere

Obviously, this is all my own speculation. I'm no more qualified to diagnose anyone (real or fictitious) than Mr. Schulz was. I think we can all agree, however, the Peanuts Gang had some problems.

That said, they managed to persevere for 60+ years, and were quite successful in their prime. I like to think they all went on to lead fulfilling adult lives at some point, and have retired comfortably on the earnings of their misspent youth.

At any rate, they gave me considerable comfort as a kid dealing with anxiety and depression. As much as I could relate to Garfield's love of lasagna, it was Charlie Brown's determination to just get through the day that really registered with me.

Amazing post! I never thought of my favourite comic strip characters like that. Made me chuckle a bit.

Interesting. I liked the peanuts gang & your analysis is right on!