Continued from Part 1
As you may have guessed, the large dog, startled by the remote control car fast approaching it, bolted--knocking its elderly owner off her feet and dragging her along the sidewalk before she was able to regain control of it. (The only witnesses to this were the kids, the victim, and the dog--but the victim's neighbor came to our door the next day looking for the glasses she lost in the scuffle and reported she was "pretty bruised and scraped up.")

Yes, this is why we have homeowners' insurance--but what if our insurer denies any claim she may end up making? What if our premium increases because of a claim? These are all "what ifs" for the time being, but they could easily turn into reality. 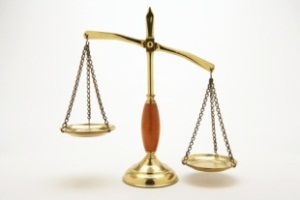 To think I may eventually have a judgment leveled against me for monetary damages because of something Bob did irritates me to no end. Like the thousands upon thousands I've already spent on medical bills and prescriptions and therapists isn't punishment enough. Like the sleepless nights, restless and anxious days, and unending hours of worry isn't worth a little credit in our favor. Isn't this just another way to Blame The Parents for their child's psychiatric illness? Another way of saying, "if you were better parents, this wouldn't have happened"?

I don't know for certain the law is always against the parent. It could be some courts take into consideration the child's medical condition and treatment and whether or not the parents have truly been working toward the child's best interests to that point. (I'm presently looking for case law and will publish an updated post with my findings.)

However, public opinion certainly seems to indicate the parental responsibility laws aren't going anywhere, and they will be used against parents of children with psychiatric illness. This study, although four years old, demonstrates the general public's perception of the mentally ill as dangerous and violent. 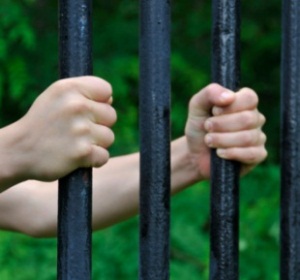 So...I suppose I should continue to spend exorbitant amounts of money on somewhat-effective treatment for Bob. And just in case it doesn't work, I should lock him up in his bedroom (or, better yet, a cage) to prevent him from doing any damage to the general public or their property. And if I fail to do so, well, I deserve to pay a hefty fine and/or spend some time in jail.

What year is this?