Psychiatric Illness May Drive a Wedge Between Family Members

When I picked up Bob from a week-long visit with his father last weekend, I knew it was going to be a tough day. It always is when he comes back from these visits. I never know what exactly to expect, just that conflict will arise.

This time, the conflict was within me. 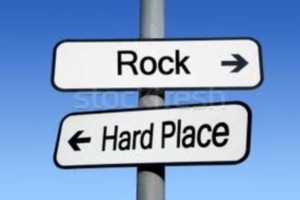 I noticed Bob was more reserved and polite than usual in the car. Finally he mentioned how it was "weird" that he "felt shy" after having been at his dad's for so long. (That's Bob-ese for "coming back to your house after such a lengthy time away has left me feeling awkward.") I told him I understood (I did) and that it wouldn't take long for him to feel "right" again.

At the house, there was no warm reception, and the tension was just as palpable as ever. There weren't any obvious disturbances or arguments, but any outsider could likely see us all trying to avoid each other.

After dinner, Bob called to me.

I thought he was talking about some kind of physical ailment--a stomachache, a headache, or one of the other aches he seems to often have. So I asked for clarification.

That, I wasn't prepared for. Especially since the first thought that came to mind was "I understand--I don't feel right being here, either." 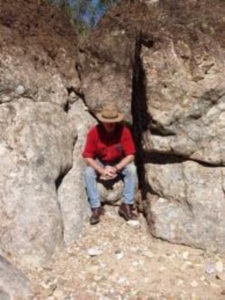 It ate at me all evening. So later, after the boys had gone to bed, my husband and I had a conversation. I told him what Bob had said. I told him how I felt. And I told him I can't spend the next however-many years feeling like it's Bob and me on one side and everyone else on the other. I already feel that way when it comes to most of the outside world; I won't in my own house.

I don't want it to come to that point. I love both my boys, and my husband. But I can't handle any more misery, and if our leaving would alleviate that for any of us--even just a little--it will have to be done.

It's not my intention for this blog to become a "poor me" diatribe. It is what it is; I will have to accept it and adapt, regardless of what eventually transpires. This is the reality of parenting a child with a psychiatric illness and entering a step-family situation. Even among families in which both parents are biological, there's no guarantee the stresses created by psychiatric illness won't drive a wedge between family members.

APA Reference
McClanahan, A. (2011, August 10). Psychiatric Illness May Drive a Wedge Between Family Members, HealthyPlace. Retrieved on 2021, September 19 from https://www.healthyplace.com/blogs/parentingchildwithmentalillness/2011/08/psychiatric-illness-may-drive-a-wedge-between-family-members

I am a step-parent of a bi-polar, ADHD, transgender, sexually abused cutter with suicidal tendencies and moderate to severe learning disabilities. My 14 year old step-daughter, whom I didn't meet until 6 months ago, moved into our home when her older brother was arrested for inappropriate sexual contact with her. If that wasn't enough to handle, two weeks before my step-daughter arrived, I gave birth to twins. My son died from complications 3 days before the 14 year old moved in and the surviving twin girl has some medical issues.
As you can imagine things are quite difficult in our home. With the needs of a sick infant and the needs of a mentally ill teenager, our home is no longer a sanctuary. It's probably better described as a battleground of exhaustion and heartache.
I feel awful for my step-daughter. She has a horrific relationship with her mother and is just now trying to build a relationship with her father. I try understand her view point and try to be the parent she needs. However, I'm not sure I can do it. I'm not sure I have the energy and desire to do it. I am currently contemplating taking my infant and leaving my husband and the teenager. I feel like a scum-bucket for even thinking of leaving my wonderful husband. But, I'm out of energy and hope.
Thank you for writing this blog. It comforts me to know that there is someone else out there that struggles with similar issues. I truly hope things work out for you and your family.

@MicheleH--wow. that is a LOT on one plate. i really, really hope things work out for you all, too.
angela

My son is 25 and has had problems since birth. He has debilitating social anxiety and serious anger management issues. I think he may be bi-polar. His illness has caused many problems within our family and his siblings want to distance themselves from him. I am determining what to do with his antics and may have to have him taken to hospital at some point but this is never what I expected when I had a family and it is tearing us all apart. So I understand part of what you are going through. It seems like I am the only one who understands that this is an ILLNESS we're dealing with and not just someone in a bad mood forever. It's tough and very sad.

I am the wife of a bipolar sufferer and I know that his family did not cope with him as a child and what has happened is he has very little contact with his brother and sister and their children and his parent who are divorced. I know its hard but if you can hang in there and not let it drive a wedge as the long term result is that he has no real relationship with his family and nephews and its very sad for him and for them. He is close with my family and he loves that but it will never make up for the loss of connection with his own. I am not judging I am just telling of my experience of someone who has been left alone as the wedge was too great to repair. My heart goes out to all of you as no one can truly know what it is like to care for someone with mental illness unless you live it..take care of yourselves.

@michele - thanks for your comment. i guess i should point out the problems between bob and my husband aren't the ENTIRETY of our issues--just one of the primary issues. and since we had our discussion, my husband has been making a concerted effort. an optimist would say things could turn around. a pessimist would say you can't change a person overnight and you can't force anyone to love someone else. i say...we'll see what happens and cross the bridges as they appear.
best of luck to you in your situation.

Oh, I'm sorry this is happening. My son has adhd and anxiety, he is on meds and going to a therapist. However that is not what is causing the wedge between me and my husband. It is me. I have bipolar and anxiety disorder plus I self harm. My husband can't understand that I can't do certain things, my anxiety keeps me house bound, he also does not understand the self harm, I know it's hard to understand. But these things have made our relationship a parent/child relationship and that's not what I want.
Michele