Isolation Common for Parents of Children with Psychiatric Illness

I remember the day I met my friend, Sharon.* Bob had turned four the month prior, and I was--for the third time since then--preschool shopping.

Sharon was the owner/director of a small, private Montessori preschool (which I fell in love with almost immediately). She was confident, secure, and highly knowledgeable when it came to children. She had two of her own, in fact, and they were honor roll students and star athletes. In other words, she was everything I felt I wasn't. And she intimidated the Hell out of me. 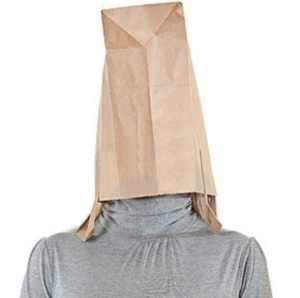 It's been nearly seven years since that first meeting, and Sharon and I have developed a friendship (my youngest now attends her school). She no longer intimidates me, but it took a very long time for me to realize--no parents are perfect.

Being Labeled A "Bad Parent"

When your child is different, you feel exposed. If your child demonstrates behavior issues, it's as if you're walking around with a big flashing neon "BAD PARENT" sign attached to your head. When I was around parents of Bob's classmates, I didn't want to introduce myself and get to know them--I wanted to quietly apologize for whatever harm Bob may have inflicted on their offspring and run far, far away.

Obviously, this didn't do much for my own social life. I spent many years in self-isolation because I didn't feel "fit" to hobnob with any other parents. No one else's children did the things Bob did. Even if it wasn't "my fault" he did the things he did, other people surely thought so. And because Bob wasn't selective as to the targets of his rages, the parent next to me at Friday's pancake breakfast may have been the parent demanding Bob be removed from school just that Wednesday. 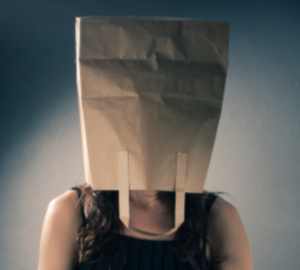 No Such Thing as "Perfect Kids" and "Perfect Parents"

It's only been within the last couple of years I've "come out of the closet" and started talking to other parents. Perhaps it's helped to have a neurotypical child--maybe that's validated my self-worth as a parent in some way. Maybe, in getting to know parents like Sharon, I've come to learn no kids, and no parents, are ever as perfect as they may seem. I've learned problem kids can come from "good" homes, and some kids excel despite devastating origins.

At any rate, I don't hide in my closet anymore. I introduce myself to other parents. I'm always waiting for someone to respond unfavorably ("oh, you're HIS mother"), but so far, no one has. If anything, I've gotten to know parents of other children who are less-than-perfect. I've learned I'm not as alone as I once thought.

And that makes a world of difference.

APA Reference
McClanahan, A. (2011, September 23). Isolation Common for Parents of Children with Psychiatric Illness, HealthyPlace. Retrieved on 2023, February 2 from https://www.healthyplace.com/blogs/parentingchildwithmentalillness/2011/09/isolation-common-for-parents-of-children-with-psychiatric-illness

Psychiatric Issues Deserve a Place in Educators' Training
Right, Wrong, and Children with Psychiatric Illness
Sue
September, 30 2011 at 10:17 am

Michele - It might help to join a support group for parents/caregivers of children with mental illness or learning disorders. You will find so much understanding and acceptance in a group such as this, and it will boost your self-esteem and help you to be able to deal better with your son's concerns. You will definitely meet people there that may even become your friends. I have found this to be of great help to me. It also helps me to be honest about my concerns with my children with trusted friends and relatives. Believe it or not, all families and children, even if they seem perfect, have their own problems - you just may not know it! I sometimes fall into socially isolating myself when I'm going through more difficult episodes with my children, not realizing that those are the times that I need friendship and support the most. Take good care and realize you are doing the best you can under the circumstances (I know - easier said than done!).

That's so sad that you isolated yourself for so long. Then again, you may have spared yourself some hurt because some people just don't understand. But if you can be grateful for those that do and use those that don't as a contrast of how sweet it feels when people get it, it is so worth seeking support. People are becoming more and more educated and while there may be those who judge people are starting to realize mental issues more. As someone said, there are some children any person could parent and the child would do well and there are other children that any parent would have an incredible challenge with. It's not the parent. Hopefully as your son gets a little older he will be able to monitor his behavior better. Well, I taught preschool age children years ago in Sunday School and one of the parents would often seem to apologize for their son and maybe they thought he was a hand full. But I enjoyed him and like lively children. I don't think I had incidents. At one time, I wanted to teach children with mental illnesses in school so I have an affinity towards then. I don't know if I would have been good at it. But I hope I could have made a difference.

Thank you for this, it's what I need to hear. I'm always comparing myself to other parents mostly in my family and my son to my relatives kids. They seem so good where my son has rages and talks back and hates school. Why do they have perfect kids and why am I not a better parent? I'm already socially withdrawn because of my own problems but it would be nice to meet people and have a friend.
Michele