I've been shopping for a new psychiatrist for my chronic severe depression and anxiety, and I think I've found a good one. Female, office nearby, personable, good reputation, and covered by my insurance. 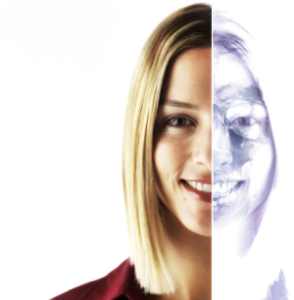 I've wanted to "break up with" my current psychiatrist for a while now. Not only does he seem to never hear a word I say (I repeat things more than once during every session), he seems to have an interest in my sex life that I find a tad excessive. Psychiatrist shopping, however, is an exhausting endeavor (almost worse than shopping for jeans), so I've put it on the back burner.

Until now. At one of Bob's last medication management appointments for his mood disorder and ADHD, his psychiatrist informed me she was leaving the practice (the same practice my psychiatrist is part of) and going solo. She also told me the remaining doctors (including mine) would be closing that office this spring and only seeing patients in their primary office, some 40 minutes from my house.

Delightful. Fending off unusual questions about my "relations" with my husband, I can handle. Driving 30 miles in rush hour traffic? No, thank you.

I haven't asked Bob's doc if she'd be willing to take me on yet. I'm still debating my own willingness to be her client. She knows me as Bob's Mother--Cool, Calm, Collected, Knowledgeable and Wise. Can I maintain that persona if she also sees me as Angela, Complete Hot Mess? 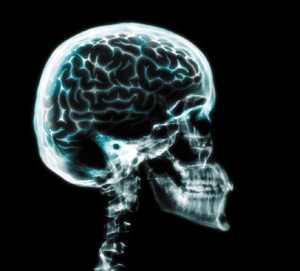 (So much for attacking stigma at its source. If WE don't want to tell the world, "look, I can be a hot mess AND parent effectively AND hold down a job and a marriage!" how can we expect anyone else to think we can?)

On the other side, I wonder if having both me and Bob on her roster would help her help us. I've always thought Bob and I have more in common than I like to admit. Perhaps information about one of us would be helpful in treating the other?

Of course, as is often the case where I am concerned, sheer laziness will be the deciding factor. I simply don't want to spend time hunting down a new psychiatrist. Sometime in the near future, I will be calling Bob's psychiatrist and asking her if she's willing (or even ethically able) to assume responsibility for my mental health. And hope she understands what goes on in my head doesn't always project itself onto my outside world.

APA Reference
McClanahan, A. (2012, February 19). Should Parent and Child See Same Psychiatrist?, HealthyPlace. Retrieved on 2021, May 7 from https://www.healthyplace.com/blogs/parentingchildwithmentalillness/2012/02/should-parent-and-child-see-same-psychiatrist

Recalling Mentally Ill Child's Hospitalization Provides Perspective
How to Find a Psychiatrist for You or Your Child
Chowdary
May, 30 2014 at 1:02 am

Ya, I agree with you, it is better to consult one best psycharist for both children and parents

What do we do when the fourth psychologist has "given up" on my son? They are all afraid of the mental illness and tell us to just enjoy his strengths and love him through a crises. What do I do when my son has lost 8 months of the year to depression/suicide ideation/ incontinence, halluciations and anger? I feel like I have to convince them of his problems. My son will not tell them how he cries every night, refuses to shower or brush his teeth.

Hi Denise,
Thank you for visiting and sharing your story. I can't imagine what it is like for you to see your son in so much pain and not having him open up about it. I'm wondering how old your son is and how his age affects his willingness to talk about his symptoms. In my experience, pre-teens and teens have a very difficult time talking about their feelings in general. Much more so if it is a therapist, psychologist, etc. You also mentioned that you have psychologists treating him. I wonder who else is currently working with you to help him. I can say that you are a great mom. By continuing to advocate for him, you'll be able to show how much help your son needs. I'm thinking good thoughts for you. Take care and please come visit again soon.

Angela,
The mental health care industry has a strong ethical code, which it appears your psychiatrist is about to break. It is my opinion he should be reported so that the accrediting body and the state can make sure that he is behaving inappropriately with clients in a more delicate and fragile state than yourself. Please strongly consider it...
Perhaps a psychologist might be the way to go? It is true that they cannot prescribe medication but they have cognitive (behavioral) therapy which is similarly effective. Most psychiatrists are not well trained to offer psychotherapy/talk therapy... a few seek out the extra training necessary but in general psychiatrists have gone to medical school and are trained for psychopharmacology. Just something to think about.
However you feel about the psychologist/psychiatrist debate If you really like the doctor and you click, definitely ask her if she would be willing to see you! It is so hard to find good mental health practitioners! If you worry so much about putting up appearances in front of any therapist they will never be able to give you what you really need. Be honest, they know how hard these situations are!
Best of luck finding the right therapist!

I personally don't think it's a good idea. I know when my son and I were seeing therapists we made sure they were two different ones in the same practice. Then we have my old psychiatrist, my father started seeing him after I did, he asked if I minded and I didn't. But after a little while I saw the problem. I wouldn't talk much about my father which I needed to. He is an alcholic (he doesn't drink any more and he wasn't a mean drunk) but I needed to talk about him. I didn't want the psychiatrist thinking ill about my father. I also know my father is a private person so I didn't want to say much about him, like the fact that all he does is lay around all day. He used to be so active. He has OCD by the way. But that's just my opinion. It might be okay in your situation.
Michele