How Did PTSD Change from the DSM-IV to the DSM-5?

The Diagnostic and Statistical Manual of Mental Disorders (DSM) is the manual that outlines all known mental illnesses, what they are, how they are diagnosed, and in some respects, treatment. In May, the DSM released its fifth version and with it came a change in how post-traumatic stress disorder (PTSD) is viewed. While PTSD used to be categorized with the anxiety disorders, it now has been moved into a separate chapter called “Trauma- and Stress-Related Disorders.”

PTSD begins with a stressor. Previously, that stressor was narrowly defined as having to have been experienced or witnessed. In the DSM-5, however, the stressor criteria have been broadened to include: 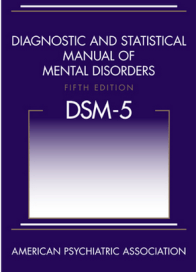 More attention in the DSM-5 is placed on the symptoms of PTSD rather than on the immediate reaction of the individual upon experiencing the stressor. For this reason, the DSM-5 has outlined four distinct diagnostic symptom clusters instead of three. The symptom clusters of PTSD are:

Like in the DSM-IV, symptoms must persist for at least a month. Unlike the DSM-IV, however, the DSM-5 does not separate acute from chronic phases of PTSD.

The DSM-5 will also include two new subtypes:

Post-Traumatic Stress Disorder in the Military

Some military leaders have requested a change from “post-traumatic stress disorder” to “post-traumatic stress injury,” as they feel the latter would create less stigma and encourage soldiers to more readily get help for the condition. However, other argue that it is the military that needs to change so that all types of mental health care are readily available to military personnel. In the DSM-5, PTSD will still be termed a “disorder.”

Terminology powerfully contributes to stigma. I am a woman who has been diagnosed with PTSD further to experiencing extreme trauma. The "disorder" label is inaccurate, and worse, it stigmatizes and harms me in numerous ways. The label wrongly perpetuates the misperception that post-traumatic symptomology equates psychiatric illness, when in fact it is a normal response to an abnormal experience of overwhelming trauma. Replacing "disorder" with "injury" appropriately redresses that problem.

Excellent and useful summary - I'll be passing it on.
The biggest problems I saw, and still see, with the request that PTSD be termed PTSI ("Injury"), were:
1. It appeared to be an attempt de-mentalize a mental illness. This is NOT how we should deal with mental illness stigma - by playing word games.
2. MOST PEOPLE WITH PTSD ARE NOT SOLDIERS! They are women who are largely undiagnosed and untreated. This change does nothing for them, and appears to further perpetrate the illusion that PTSD is primarily a military problem, when in reality (according to the NIMH catchment studies) it is quite clearly primarily a civilian problem.
I never ever saw this last issue raised - not once n all the discussion about this request. When will women start to matter, in the world of PTSD?

Thank you Dr. Cloyd for bringing up the biggest issue I personally have had with the definition of PTSD. It is not always linked to an extreme violent event as that which would occur in the Military. I also believe that many women suffer from PTSD that has not been caused by a single traumatic event, like being shot, however they suffer from a cumulative form of Trauma. You see this in women who have been consistantly sexually harassed or abused. You also see it in battered women.
By the way, one of my biggest disagreements with the mental health community on spousal abuse is that it is not always physical. A woman who is physically battered has scars, broken bones and other artifacts which can be identified easily. Women who have gone through Emotional and Psychological abuse do not have visible scars. They do not have broken bones. All of their injury is on the inside, invisible until they choose to reveal them.
Even when a woman does choose to discuss her abuse, she is met with dismissal or other behavior that diminishes the pain she is feeling. After several episodes of this she begins to blame herself and doubt that the abuse she is receiving is really abuse. She begins to normalize the abuse and blame herself.
PTSD can be quite debilitating and cause a person to withdraw from society, or worse, self medicate. The PTSD I described is just as debilitating, yet the subject does not have a specific event to work from nor do they receive the empathy that they need and deserve.
The DSM can't cover everything, yet it could be more inclusive in realizing that abused women (and men) also can suffer from PTSD.