The Link Between Traumatic Brain Injury and Combat PTSD

Link Between TBIs and Combat PTSD

In a study published last year, Association Between Traumatic Brain Injury and Risk of Posttraumatic Stress Disorder in Active-Duty Marines1 shows that 19.8% of Marines reported sustaining a deployment-related TBI where most (87.2%) were mild in nature. It was noted that while predeployment PTSD symptoms and severity of combat intensity did predict a higher risk of postdeployment combat PTSD, a better predictor was the experience of a TBI during deployment. Moderate or severe TBIs predicted the presence of PTSD symptoms at three months postdeployment more than mild TBIs did.

What this all means that a TBI during deployment actually predicts the presence of PTSD symptoms better than other known risk factors and that the more severe the TBI, the greater the risk of combat PTSD. 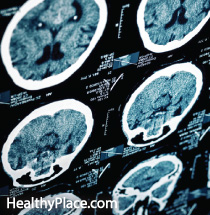 In the latest study, Prospective Longitudinal Evaluation of the Effect of Deployment-Acquired Traumatic Brain Injury on Posttraumatic Stress and Related Disorders: Results From the Army Study to Assess Risk and Resilience in Servicemembers (Army STARRS)2, 4,645 soldiers who were deployed to Afghanistan were studied and results showed that 18% of soldiers experienced mild TBIs while 1.2% of soldiers experienced more-then-mild TBIs during deployment. Even after taking into account other known risk factors for combat PTSD causes such as pre-deployment mental health, prior TBIs and severity of deployment stress, it was found that:

This study shows that there is a risk of, not only PTSD for those who have suffered a TBI, but also other mental health issues as well.

The Link Between Traumatic Brain Injuries and Posttraumatic Stress Disorder

While we don’t currently understand why the link between TBIs and PTSD exists, it’s clear that it does. What this, like other studies, suggests is that PTSD is, indeed, a physical illness and not “all in one’s head” like some would have you believe (You Don't Have A Mental Illness: It's All In Your Head!). What this means for soldiers is that greater care should be taken in screening for PTSD after a TBI is sustained and, critically, even mild injuries can increase a soldier’s risk of PTSD.

While this may seem like a bleak finding, really it is not. What this finding does is further our understanding of combat PTSD and it allows us to further target risk groups to better treat those in the military as a whole; because, we know that treatment of combat PTSD is possible and we know that people successfully recover from combat PTSD every day.

i"m a vn vet 1967-68 & alittle more in 69. recently upgraded to 100% due to postrarate cancer 6 mo follow upexam. had been at 50% for past 40 years ptsd/ mental reasons. lost my career job 25 yrs went on ltd till could get early retirement lost my marriage after 3 yrs in federal prison still live in same house. what is link between ptsd & tbi both from Vn pilot attached to special opns cambodia, laos ect. for Lbj & Rmn and kissinger's secret war. only a little in Pentagon papers all that really changed my life. got out during planning to in vade NV. SV tried thru Laos and lost 20K killed in 1969