How to Talk To Your Boss About Depression 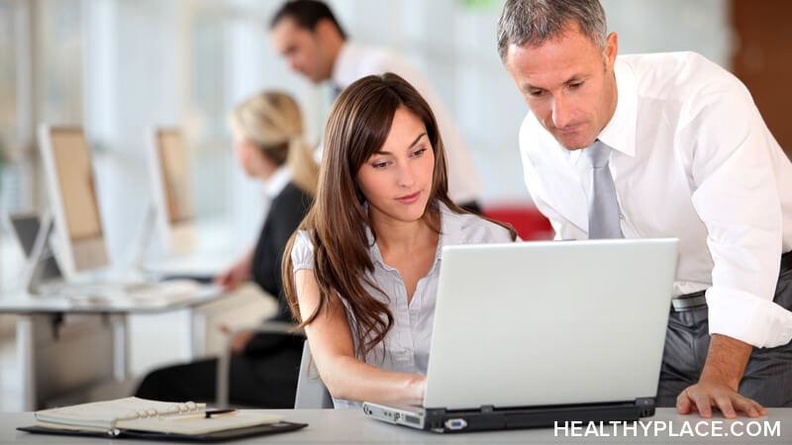 Sometimes you have to talk to your boss about depression. It might be difficult for you to imagine talking to some of your friends about your depression, much less your boss. Personally, I have disclosed my depression to my bosses at several different jobs, and it was never easy, but it was always worth it. Before you jump into this tough conversation, there are several factors you should consider.

Should You Talk to Your Boss About Depression?

First, you have to decide whether or not you should even tell your boss about your depression. The Americans with Disabilities Act protects people from being fired for their mental health disorder, but that doesn’t mean you won’t face repercussions. If your work culture is close-minded, you may fear judgment or discrimination from your coworkers or boss.

That being said, if your performance is suffering or you have to miss work, it’s better to talk about it sooner rather than later. One summer in college I had a depressive episode. During the worst of it, I didn’t show up to my internship for a week. It was much harder to explain my behavior to my supervisor after the fact. In retrospect, I wish I had been more upfront about my depression.

Before You Talk to Your Boss About Depression

If you believe talking to your boss about depression is the right decision for you, here are some tips:

Mental health awareness in the workplace has come a long way, so your boss may be more understanding than you expect. Consult these depression facts and statistics to learn more.

I took a more proactive approach to this conversation recently, and it was much more successful. When my boss responded empathetically, I felt like a weight was lifted off my shoulders, and I was able to relax more at work. It felt great to not have to hide my secret anymore. I hope that when you talk to your boss about depression, you feel the same relief.

Tags: talk to your boss about depression

APA Reference
Boyles, V. (2018, January 23). How to Talk To Your Boss About Depression, HealthyPlace. Retrieved on 2023, January 31 from https://www.healthyplace.com/blogs/workandbipolarordepression/2018/01/how-to-talk-to-your-boss-about-depression

Introduction to Virginia Boyles, Author of 'Work and Bipolar or Depression'
Letting Go of Perfectionism at Work When You Have Depression