Why Low-Functioning Depression Can Make It Impossible to Work 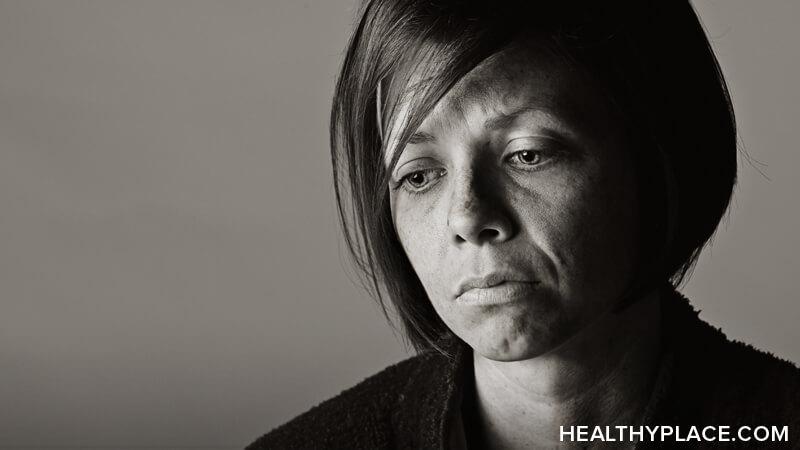 As the term indicates, "low-functioning" depression is the kind of depression in which your ability to function is impaired to such an extent that you have trouble getting everyday tasks done. The definition of "low-functioning" varies from person to person. For example, person A may be able to work for three-four hours a day before they feel too tired to go on; whereas, person B may be unable to maintain basic personal hygiene and self-care.

Regardless of whether one is like person A or person B, one has low-functioning depression as one's ability to function is below normal. Due to this, individuals who have this kind of depression can be easily recognized by their behavior and appearance. This is in sharp contrast to high-functioning depression, which can be difficult to detect because the person is able to function just as well as someone who is productive and does not have depression.

Low-Functioning Depression Is Not a Choice

Many of us are aware that our depression is not a choice, but how many of us know that neither is our level of functionality? Yes, no one can choose to be either low-functioning or high-functioning, yet people think it is a conscious choice.

I believe the media is largely to blame for this school of thought because when it comes to mental health awareness, the media tends to focus on celebrities who have made a name for themselves in their chosen field. What the media fails to mention is that these people made it because they have high-functioning depression, not because they are "brave" or have "strong willpower." But I guess mainstream media prefers to stay away from the non-glamorous, ugly side that we know as low-functioning depression. Owing to this choice, society at large remains ignorant of the reality that depression is on a spectrum and sometimes, its effects cannot be tamed.

Be Kind to Yourself

Whether you ever get to hear this from anyone else or not, I am here to tell you that if you are unable to work full-time because of depression, you are not weak or lazy. If you think you are lazy or unmotivated because you feel apathy, please know that apathy itself is one of the signs of depression. No matter what the rest of the world says, you did not choose to be low-functioning. However, you should choose self-preservation -- even if that means working part-time or going on disability. As I say in the video below, low-functioning depression isn't your fault, so it's high time you stop blaming yourself.

APA Reference
Shaikh, M. (2020, February 18). Why Low-Functioning Depression Can Make It Impossible to Work, HealthyPlace. Retrieved on 2020, November 27 from https://www.healthyplace.com/blogs/workandbipolarordepression/2020/2/why-low-functioning-depression-can-make-it-impossible-to-work

4 Signs to Tell the Difference Between Burnout and Depression
Battling Daily Depression? How to Thrive at Work
Ravi
February, 19 2020 at 7:59 am

I lost my job recently due to low-functioning depression. I am freelancing as that's what I can handle. Shame most workplaces care about productivity more than being human.

I am sorry to hear that, Ravi. It must be hard to lose your job for no fault of your own. Yes, there needs to be more mental health awareness and empathy in general at workplaces around the world. We are not machines, we are not resources, we are people. Real people with real problems need to be accommodated instead of discriminated against. It's disgusting and downright inhumane to not be inclusive in this day and age.