Why is Glucophage prescribed?

Glucophage is an oral antidiabetic medication used to treat type 2 (non-insulin-dependent) diabetes. Diabetes develops when the body proves unable to burn sugar and the unused sugar builds up in the bloodstream. Glucophage lowers the amount of sugar in your blood by decreasing sugar production and absorption and helping your body respond better to its own insulin, which promotes the burning of sugar. It does not, however, increase the body's production of insulin.

Glucophage is sometimes prescribed along with insulin or certain other oral antidiabetic drugs such as glyburide or glipizide. It is also used alone.

Most important fact about Glucophage

Glucophage could cause a very rare—but potentially fatal—side effect known as lactic acidosis. It is caused by a buildup of lactic acid in the blood. The problem is most likely to occur in people whose liver or kidneys are not working well, and in those who have multiple medical problems, take several medications, or have congestive heart failure. The risk also is higher if you are an older adult or drink alcohol. Lactic acidosis is a medical emergency that must be treated in a hospital. Notify your doctor immediately if you experience any of the following:

How should you take Glucophage?

Do not take more or less of Glucophage than directed by your doctor. The drug should be taken with food to reduce the possibility of nausea or diarrhea, especially during the first few weeks of therapy.

If taking Glucophage XR, be sure to swallow the tablet whole; do not crush it or chew it. The inactive ingredients in the tablet may occasionally appear in the stool. This is not a cause for concern.

What side effects may occur with Glucophage?

Side effects cannot be anticipated. If any develop or change in intensity, tell your doctor as soon as possible. Only your doctor can determine if it is safe for you to continue taking Glucophage.

If side effects from Glucophage occur, they usually happen during the first few weeks of therapy. Most side effects are minor and will go away after you've taken Glucophage for a while.

Why should Glucophage not be prescribed?

Glucophage is processed primarily by the kidneys, and can build up to excessive levels in the body if the kidneys aren't working properly. It should be avoided if you have kidney disease or your kidney function has been impaired by a condition such as shock, blood poisoning, or a heart attack.

You should not use Glucophage if you need to take medicine for congestive heart failure.

Do not take Glucophage if you have ever had an allergic reaction to metformin.

Do not take Glucophage if you have metabolic or diabetic ketoacidosis (a life-threatening medical emergency caused by insufficient insulin and marked by excessive thirst, nausea, fatigue, pain below the breastbone, and fruity breath). Diabetic ketoacidosis should be treated with insulin.

You should not take Glucophage for 2 days before and after having an X-ray procedure (such as an angiogram) that uses an injectable dye. Also, if you are going to have surgery, except minor surgery, you should stop taking Glucophage. Once you have resumed normal food and fluid intake, your doctor will tell you when you can start drug therapy again.

Avoid drinking too much alcohol while taking Glucophage. Heavy drinking increases the danger of lactic acidosis and can also trigger an attack of low blood sugar.

If you are taking Glucophage, you should check your blood or urine periodically for abnormal sugar (glucose) levels. Your doctor will do annual blood checks to see if Glucophage is causing a vitamin B12 deficiency or any other blood problem.

Glucophage does not usually cause hypoglycemia (low blood sugar). However, it remains a possibility, especially in older, weak, and undernourished people and those with kidney, liver, adrenal, or pituitary gland problems. The risk of low blood sugar increases when Glucophage is combined with other diabetes medications. The risk is also boosted by missed meals, alcohol, and excessive exercise. To avoid low blood sugar, you should closely follow the diet and exercise plan suggested by your doctor.

If your blood sugar becomes unstable due to the stress of a fever, injury, infection, or surgery, your doctor may temporarily take you off Glucophage and ask you to take insulin instead.

You should stop taking Glucophage if you become seriously dehydrated, since this increases the likelihood of developing lactic acidosis. Tell your doctor if you lose a significant amount of fluid due to vomiting, diarrhea, fever, or some other condition.

The effectiveness of any oral antidiabetic, including Glucophage, may decrease with time. This may occur because of either a diminished responsiveness to the medication or a worsening of the diabetes.

If Glucophage is taken with certain other drugs, the effects of either could be increased, decreased, or altered. It is especially important to check with your doctor before combining Glucophage with the following:

Do not drink too much alcohol, since excessive alcohol consumption can cause low blood sugar and alcohol enhances some effects of Glucophage.

If you are pregnant or plan to become pregnant, tell your doctor immediately. Glucophage should not be taken during pregnancy. Since studies suggest the importance of maintaining normal blood sugar (glucose) levels during pregnancy, your doctor may prescribe insulin injections instead.

It is not known whether Glucophage appears in human breast milk. Therefore, women should discuss with their doctors whether to discontinue the medication or to stop breastfeeding. If the medication is discontinued and if diet alone does not control glucose levels, then your doctor may consider insulin injections.

Your doctor will tailor your dosage to your individual needs.

The usual starting dose is one 500-milligram tablet twice a day, taken with morning and evening meals. Your doctor may increase your daily dose by 500 milligrams at weekly intervals, based on your response up to a total of 2,000 milligrams.

An alternative starting dose is one 850-milligram tablet a day, taken with the morning meal. Your doctor may increase this by 850 milligrams at 14-day intervals, to a maximum of 2,550 milligrams a day.

The usual maintenance dose ranges from 1,500 to 2,550 milligrams daily. If you take more than 2,000 milligrams a day, your doctor may recommend that the medication be divided into three doses, taken with each meal.

For children 10 to 16 years old, the usual starting dose is one 500-milligram tablet twice a day with meals. The dosage may be increased by 500 milligrams at weekly intervals up to a maximum of 2,000 milligrams daily. Glucophage has not been tested in children younger than 10.

This form of the drug has not been tested in children younger than 17.

Older people and those who are malnourished or in a weakened state are generally given lower doses of Glucophage because their kidneys may be weaker, making side effects more likely.

An overdose of Glucophage can cause lactic acidosis (see "Most important fact about Glucophage"). If you suspect a Glucophage overdose, seek emergency treatment immediately.

back to: Browse all Medications for Diabetes 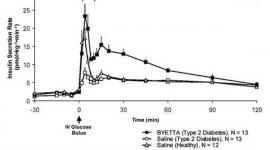 What is Uncontrolled Diabetes?