Roy Young talks about "Gay and Lesbian Relationships." He also touched on the reason for sexual orientation; issues and differences in gay, lesbian and heterosexual marriages; and rape as a precursor to homosexuality.

The people in blue are audience members.

David: Our topic tonight is "Gay and Lesbian Relationships." Our guest is psychotherapist, Roy Young, MSW. Mr. Young is based in New York City. He specializes in treating gay men and lesbians in individual and couples therapy.

David: Good evening, Mr. Young and welcome to HealthyPlace.com. We appreciate you being our guest tonight. When I announced the tonight's topic, I received an email from a lesbian couple who essentially said it's difficult to have a committed relationship when the law won't let you have one, ie, no marriage certificate. I'm wondering what your answer to that would be and what suggestions you have to deal with that.

Roy Young:I think that they are correct, but that may not be the main problem to the stability of marriages. Eric Erickson noted that It is the "sad truth that in any system based on suppression, exclusion, and exploitation, the suppressed, excluded and exploited unconsciously believe in the evil image which they are made to represent by those who are dominant."

David: So how would you suggest that gay and lesbian couples deal with that issue?

Roy Young: There are a lot of ways to deal with internalized homophobia. Having a good gay support network to talk with is important. Then, of course, you may decide to live in a community which is homosexual friendly. Therapy can be really helpful for some people. Coming out publicly may be a way of facing your fear.

David: Since you work with gay and lesbian couples, what would you say are the biggest relationship issues that they face?

Roy Young: There are a number of issues: there are all the issues which faces straight couples, which we can talk about also. I don't know the exact statistic these days, but straight couples divorce about 60% of the time--if anyone has a better statistic please let me know. There are a lot of reasons for this in both straight and lesbian couples, and those are often dealt with in-family therapy. A lot of the problems come from issues (not necessarily gay or lesbian) having to do with the couple repeating in their marriage or seeking in their marriage certain familiar things they experienced in their family of origin. A good book explaining this is Getting the Love You Want: a Guide for Couples, Harville Hendrix, Ph.D. I recommend that you talk with a qualified Imago therapist if you really want to understand this stuff, but the book is written for the layman.

David: Here's an audience question regarding sexual orientation prior to getting involved in a relationship:

Joden: So even before a relationship, what sort of work might a therapist do with someone who is uncertain of their sexual orientation. For example, identifying if the attraction to the same sex is due in part to abuse issues?

Roy Young: Good question. It's really two questions. I think it's always helpful to work with a therapist when someone is not sure of their sexual orientation. The therapist might explore with the client, for instance, the nature of his or her sexual fantasies, especially masturbatory fantasies. After all, its the client who was making these fantasies up.

As for the second question, people are complex, but it seems unlikely to me that abuse would change sexual orientation. Sexual orientation seems to be incredibly strong and fixed very early in life.

David: Yet, Mr. Young, there are many people who aren't sure of their sexual orientation until they get into a relationship and it becomes more settled in their minds.

Roy Young: Well, getting into a relationship could go a long way as to settling the question of sexual orientation. Unfortunately, all too many people, both men and women, get into a relationship early in life, perhaps have children, and discover in their 30's, 40's, or 50's that they had always wanted the sexual companionship and love of someone of their own sex.

mucky: I wonder if you might address the splitting of a relationship after 12 years and how to separate property etc. We have a house, cars, etc. together, and since there is no legal standard, what do you do?

Roy Young: Good question. I'm not sure whether there being no legal standard is a disability or an advantage--Shakespeare said "the law is an ass," but that doesn't answer your question, how do you separate property, etc.? I don't know how to answer that. One of the standards which is often applied is that each partner is entitled to take out of the relationship in proportion to what he put in.

Peg26: Good evening Mr. Young. My question is about sexuality and abuse. I am 27 years old and was raped 7 years ago. Before the rape, I never really dated. Since then I began to realize that I was a lesbian. However, being in a committed relationship with my partner of the last three years, I am beginning to wonder if I really am gay or straight. Do you think this questioning is related to the rape? How does one know what kind of relationship he/she is orientated towards?

Roy Young: Sometimes it's really hard to know whether you are gay or straight. Sexuality covers a broad spectrum, and sometimes you can have feelings both ways. Also, societal and family pressures can make a person not want to admit their gayness. As I said, looking at your sexual fantasies may give you some indication, but if you have sexual fantasies for both men and women, it's going to take more than that to sort it out. I suggest psychotherapy.

Again, I doubt very much that your being raped (I am so sorry) would have anything to do with your sexual orientation. However, it often helps to talk about it in therapy.

mucky: I agree that sexual orientation is a fixed thing; there are numerous heterosexuals who were sexually abused, and I have always said I did not think it was a precursor to homosexuality.

Roy Young: It depends on whether you think that separation is a good thing. Sometimes the marriages are a good thing for a while, but one or the other of the partners change and grow and the other doesn't.

Even more than that, there is some good research showing that there are strong Darwinian forces which make couples change partners after the first children are old enough to take care of themselves. I believe that. I don't think that the extremely high divorce rate is a sign that people these days are weak or bad. Changing partners--that is, divorce--seems to be part of the evolutionary scheme of things. You may just have to go with it.

David: So, are you saying that the belief that many of our parents grew up with that "marriage is forever," isn't something we should carry with us anymore. That we should get used to the idea that changing partners is "normal" and "acceptable?"

Roy Young: Yes, but not necessarily desirable. I think, perhaps, I have been talking around the real question here, which is how can I save my lesbian or gay marriage. That's a very hard question to answer because it depends on a number of things. I suspect that you have already tried talking with the other person, carefully listening to each other, compromise, and the other mature, commonsense things that people do and it hasn't worked. There can be a lot of reasons it has not worked. If alcoholism, addiction, or abuse are part of the problems, then you need to seek the help of a therapist or alcoholism counselor. This is a very difficult problem since alcoholics and addicts seldom stop voluntarily until they are in a lot of pain. Simply being divorced may not be enough to ease the pain.

Peg26: Is it possible for sexual orientations to change? I mean, what if you really thought you were gay, lived that life for years and years - happily and unhappily - and then begin questioning?

David: Thank you, Mr. Young, for being our guest tonight and for sharing this information with us. We appreciate you coming. Good night, everyone.

Roy Young: Thank you for having me.

Disclaimer: We are not recommending or endorsing any of the suggestions of our guest. In fact, we strongly encourage you to talk over any therapies, remedies or suggestions with your doctor BEFORE you implement them or make any changes in your treatment. 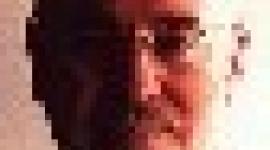 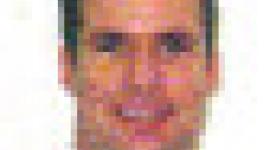 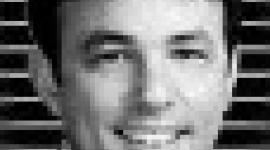 Stories about Paying the Price of Being Gay

Coming Out To Parents LGBTQIA+