The Narcissist - From Abuse to Suicide

"Suicide - suicide! It is all wrong, I tell you. It is wrong psychologically. How did (the narcissist in the story) think of himself? As a Colossus, as an immensely important person, as the center of the universe! Does such a man destroy himself? Surely not. He is far more likely to destroy someone else - some miserable crawling ant of a human being who had dared to cause him annoyance ... Such an act may be regarded as necessary - as sanctified! But self-destruction? The destruction of such a Self? ... From the first I could not consider it likely that (the narcissist) had committed suicide. He had pronounced egomania, and such a man does not kill himself."

"A surprising ... fact in the process of self-splitting is the sudden change of the object relation that has become intolerable, into narcissism. The man abandoned by all gods escapes completely from reality and creates for himself another world in which he ... can achieve everything that he wants. as been unloved, even tormented, he now splits off from himself a part which in the form of a helpful, loving, often motherly minder commiserates with the tormented remainder of the self, nurses him and decides for him ... with the deepest wisdom and most penetrating intelligence. He is ... a guardian angel (that) sees the suffering or murdered child from the outside, he wanders through the whole universe seeking help, invents phantasies for the child that cannot be saved in any other way ... But in the moment of a very strong, repeated trauma even this guardian angel must confess his own helplessness and well-meaning deceptive swindles ... and then nothing else remains but suicide ..."

There is one place in which one's privacy, intimacy, integrity and inviolability are guaranteed - one's body and mind, a unique temple and a familiar territory of sensa and personal history. The abuser invades, defiles and desecrates this shrine. He does so publicly, deliberately, repeatedly and, often, sadistically and sexually, with undisguised pleasure. Hence the all-pervasive, long-lasting, and, frequently, irreversible effects and outcomes of abuse.

In a way, the abuse victim's own body and mind are rendered his worse enemies. It is mental and corporeal agony that compels the sufferer to mutate, his identity to fragment, his ideals and principles to crumble. The body, one's very brain, become accomplices of the bully or tormentor, an uninterruptible channel of communication, a treasonous, poisoned territory. This fosters a humiliating dependency of the abused on the perpetrator. Bodily needs denied - touch, light, sleep, toilet, food, water, safety - and nagging reactions of guilt and humiliation are wrongly perceived by the victim as the direct causes of his degradation and dehumanization. As he sees it, he is rendered bestial not by the sadistic bullies around him but by his own flesh and consciousness.

The concepts of "body" or "psyche" can easily be extended to "family", or "home". Abuse - especially in familial settings - is often applied to kin and kith, compatriots, or colleagues. This intends to disrupt the continuity of "surroundings, habits, appearance, relations with others", as the CIA put it in one of its torture training manuals. A sense of cohesive self-identity depends crucially on the familiar and the continuous. By attacking both one's biological-mental body and one's "social body", the victim's mind is strained to the point of dissociation.

Abuse robs the victim of the most basic modes of relating to reality and, thus, is the equivalent of cognitive death. Space and time are warped by sleep deprivation - the frequent outcome of anxiety and stress. The self ("I") is shattered. When the abuser is a family member, or a group of peers, or an adult role model (for instance, a teacher), the abused have nothing familiar to hold on to: family, home, personal belongings, loved ones, language, one's own name - all seem to evaporate in the turmoil of abuse. Gradually, the victim loses his mental resilience and sense of freedom. He feels alien and objectified - unable to communicate, relate, attach, or empathize with others.

Abuse splinters early childhood grandiose narcissistic fantasies of uniqueness, omnipotence, invulnerability, and impenetrability. But it enhances the fantasy of merger with an idealized and omnipotent (though not benign) other - the inflicter of agony. The twin processes of individuation and separation are reversed.

Abuse is the ultimate act of perverted intimacy. The abuser invades the victim's body, pervades his psyche, and possesses his mind. Deprived of contact with others and starved for human interactions, the prey bonds with the predator. "Traumatic bonding", akin to the Stockholm syndrome, is about hope and the search for meaning in the brutal and indifferent and nightmarish universe of the abusive relationship. The abuser becomes the black hole at the center of the victim's surrealistic galaxy, sucking in the sufferer's universal need for solace. The victim tries to "control" his tormentor by becoming one with him (introjecting him) and by appealing to the monster's presumably dormant humanity and empathy.

This bonding is especially strong when the abuser and the abused form a dyad and "collaborate" in the rituals and acts of abuse (for instance, when the victim is coerced into selecting the abuse implements and the types of torment to be inflicted, or to choose between two evils).

Obsessed by endless ruminations, demented by pain and the reactions to maltreatment - sleeplessness, malnutrition, and substance abuse - the victim regresses, shedding all but the most primitive defense mechanisms: splitting, narcissism, dissociation, Projective Identification, introjection, and cognitive dissonance. The victim constructs an alternative world, often suffering from depersonalization and derealization, hallucinations, ideas of reference, delusions, and psychotic episodes. Sometimes the victim comes to crave pain - very much as self-mutilators do - because it is a proof and a reminder of his individuated existence otherwise blurred by the incessant abuse. Pain shields the sufferer from disintegration and capitulation. It preserves the veracity of his unthinkable and unspeakable experiences. It reminds him that he can still feel and, therefore, that he is still human.

These dual processes of the victim's alienation and addiction to anguish complement the perpetrator's view of his quarry as "inhuman", or "subhuman". The abuser assumes the position of the sole authority, the exclusive fount of meaning and interpretation, the source of both evil and good.

Abuse is about reprogramming the victim to succumb to an alternative exegesis of the world, proffered by the abuser. It is an act of deep, indelible, traumatic indoctrination. The abused also swallows whole and assimilates the abuser's negative view of him and often, as a result, is rendered suicidal, self-destructive, or self-defeating.

Thus, abuse has no cut-off date. The sounds, the voices, the smells, the sensations reverberate long after the episode has ended - both in nightmares and in waking moments. The victim's ability to trust other people - i.e., to assume that their motives are at least rational, if not necessarily benign - has been irrevocably undermined. Social institutions - even the family itself - are perceived as precariously poised on the verge of an ominous, Kafkaesque mutation. Nothing is either safe, or credible anymore.

The abused develop compulsive rituals to fend off obsessive thoughts. Other psychological sequelae reported include cognitive impairment, reduced capacity to learn, memory disorders, sexual dysfunction, social withdrawal, inability to maintain long term relationships, or even mere intimacy, phobias, ideas of reference and superstitions, delusions, hallucinations, psychotic microepisodes, and emotional flatness. Depression and anxiety are very common. These are forms and manifestations of self-directed aggression. The sufferer rages at his own victimhood and resulting multiple dysfunctions.

He feels shamed by his new disabilities and responsible, or even guilty, somehow, for his predicament and the dire consequences borne by his nearest and dearest. His sense of self-worth and self-esteem are crippled. Suicide is perceived as both a relief and a solution.

In a nutshell, abuse victims suffer from a Post Traumatic Stress Disorder (PTSD). Their strong feelings of anxiety, guilt, and shame are also typical of victims of childhood abuse, domestic violence, and rape. They feel anxious because the perpetrator's behavior is seemingly arbitrary and unpredictable - or mechanically and inhumanly regular.

They feel guilty and disgraced because, to restore a semblance of order to their shattered world and a modicum of dominion over their chaotic life, they need to transform themselves into the cause of their own degradation and the accomplices of their tormentors.

Inevitably, in the aftermath of abuse, its victims feel helpless and powerless. This loss of control over one's life and body is manifested physically in impotence, attention deficits, and insomnia. This is often exacerbated by the disbelief many abuse victims encounter, especially if they are unable to produce scars, or other "objective" proof of their ordeal. Language cannot communicate such an intensely private experience as pain.

Bystanders resent the abused because they make them feel guilty and ashamed for having done nothing to prevent the atrocity. The victims threaten their sense of security and their much-needed belief in predictability, justice, and rule of law. The victims, on their part, do not believe that it is possible to effectively communicate to "outsiders" what they have been through. The abuse seems to have occurred on "another galaxy". This is how Auschwitz was described by the author K. Zetnik in his testimony in the Eichmann trial in Jerusalem in 1961.

Often, continued attempts to repress fearful memories result in psychosomatic illnesses (conversion). The victim wishes to forget the abuse, to avoid re-experiencing the often life threatening torment and to shield his human environment from the horrors. In conjunction with the victim's pervasive distrust, this is frequently interpreted as hypervigilance, or even paranoia. It seems that the victims can't win. Abuse is forever.

When the victim realizes that the abuse he suffered is now an integral part of his very being, a determinant of his self-identity, and that he is doomed to bear his pains and fears, shackled to his trauma, and tortured by it - suicide often appears to be a benign alternative.

next: The Narcissist - From Abuse to Suicide 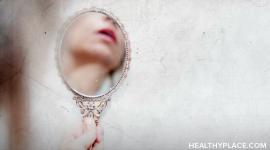 The Sad Dreams of the Narcissist

The Diagnostic and Statistical Manual (DSM) - Pros and Cons

The Meaninglessness of External Causes