Date rape and acquaintance rape are forms of sexual assault involving coercive sexual activities perpetrated by an acquaintance of the rape survivor. A perpetrator is almost always a man, and though both men and women can be raped, women are most often the targets of this violence. It is difficult, because of a lack of research on the subject and the tendency for rape survivors not to report attacks, to come up with precise statistics on male survivors. However, men are raped by other men and are also victims of sexual violence. Date and acquaintance rape can happen to or be perpetrated by anyone. Incidences are very high: they comprise from fifty to seventy-five percent of all reported rapes. However, even these figures are not reliable. According to conservative FBI statistics, only three and a half to ten percent of all forms of rape are even reported.

Date and acquaintance rape are quite prevalent on campuses. One in four college women has been raped; that is, has been forced, physically or verbally, actively or implicitly, to engage in sexual activity. A 1985 study revealed that ninety percent of college rape survivors knew their attacker before the incident. Another survey found that one in fifteen college men admitted to having forced a woman into sex.

Some experts believe that one explanation for such high statistics is that young people, constrained for most of their lives by their parents and laws, are unprepared to act responsibly in a "free" environment. This "freedom" can lead to unrestrained drug and alcohol use, which then leads to sexually irresponsible acts, and then to rape.

Another theory portrays America, especially young America, as a rape culture. The values adopted by the dominant society dictate inherent differences between men and women. Women are expected to be passive, unassertive, and dependent. Similarly, men are constrained in their behavior. They are taught to be aggressive, even intimidating, strong, and relentless. They are taught not to take no for an answer. Men who accept or unwittingly exhibit this kind of behavior are likely to misinterpret a woman's communications. Typically, the man will decide that the woman is acting coy or hard to get in a sexual situation. He may believe that she really means yes, although she has been saying no.

Communication is the most important avenue to understanding another person's desires and needs -- often the rapist will ignore the woman's attempts at communication, will misinterpret them and continue his actions, or will realize what the woman is trying to say but will decide that she "really needs to get laid" and doesn't care. The bottom line is that yes means yes and no means no; if you want to play sadomasochistic games, make up a safe word like "cow" to use as a preordained signal to stop.

If a person says no and is still coerced or forced into having sex, then a rape has occurred.

Many times women or men who have been date or acquaintance-raped do not view the assault as rape. They may experience some or all of the symptoms of rape trauma stemming from the violation of the body and the betrayal of a friend but still may not consider the incident rape. Some symptoms of rape trauma include sleep disturbances, eating pattern disturbances, mood swings, feelings of humiliation and self-blame, nightmares, anger, fear of sex, and difficulty in trusting others.

Often, especially in a college situation, the rape survivor and the attacker live near each other or may see each other every day. This can be particularly stressful to the survivor because the man may see the rape as a conquest or "just a mistake." Bystanders and friends of both people may not view the incident as the rape it is and consequently will not lend the survivor the support needed. Friends of the survivor may misinterpret the incident and feel that somehow the rape was deserved or that the survivor "asked for it" by wearing a miniskirt or getting drunk. Some people may belittle the survivor's traumatic experience, saying things such as, "She liked the guy anyway, so what's the big deal?"

These attitudes that blame the survivor, some say, are embedded in our culture and help to perpetuate violence against women and sexual violence such as date and acquaintance rape. Survivors, living and learning in this culture, may also accept "explanations" of "why it isn't rape," although they have been inwardly traumatized. The important thing to remember is that if there are feelings of violation, if a person's lifestyle and self-esteem are negatively affected by the incident, or survivors believe they have been raped, then it is rape.

Date and acquaintance rape is not only a woman's issue. Men must be actively aware of this issue, as they can help minimize rape by educating themselves and others. Lovers, neighbors, friends, co-workers, dates, and classmates -- these can all be perpetrators of date and acquaintance rape. Escort services, blue light phones, and van services are useless if the rapist lives in your home or dorm, is your date, drives you home from work, or is someone you have had reason to trust. In order for date and acquaintance rape to be minimized, men must stop "blaming the victim" and start taking responsibility for their own actions. We all must not allow rapists to use the "rape culture" as a means of silencing rape survivors, nor can we permit their friends to lie for them. And although it is always difficult, and admittedly, sometimes impossible to do, rape survivors and others must speak out and continue to speak out against rape.

There are many organizations which are designed especially to support rape survivors, give referrals, and talk about concerns they may have. All services are confidential.

Things to Try if Confronted with Acquaintance Rape

REMEMBER THAT GIVING IN IS NOT CONSENT!!!!

Giving in is not something to be ashamed of. The person may threaten you, and be physically violent. He or she may terrify you so that you cannot respond effectively. Going along with the attacker may be the only smart thing to do. Giving in may be a survival strategy. 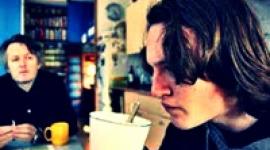 How Do You Know If You're in a Healthy Relationship? 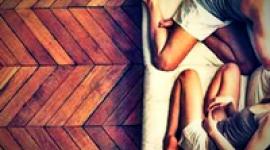 For Teens: Are You Really Ready for Sex? 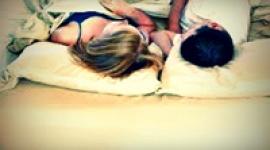 Recreate Yourself and Your Life