Emotional Abuse in a Relationship 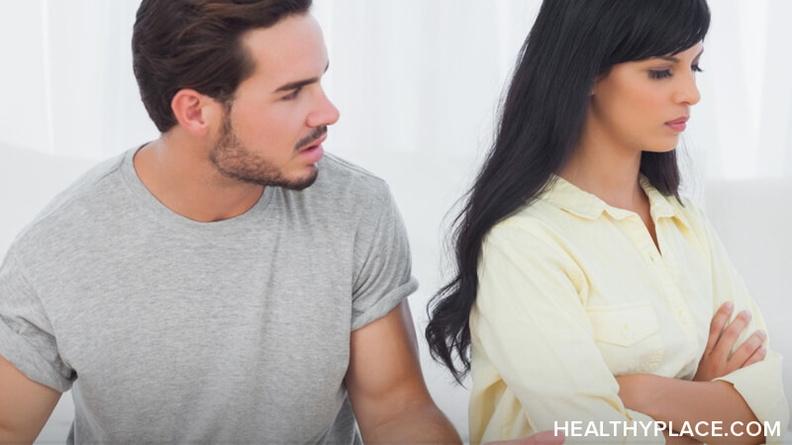 What is Emotional Abuse?

Abuse is any behavior that is designed to control and subjugate another human being through the use of fear, humiliation, and verbal or physical assaults. Emotional abuse is any kind of abuse that is emotional rather than physical in nature. It can include anything from verbal abuse and constant criticism to more subtle tactics, such as intimidation, manipulation, and refusal to ever be pleased.

Emotional abuse is like brainwashing in that it systematically wears away at the victim's self-confidence, sense of self-worth, trust in their own perceptions, and self-concept. Whether it is done by constant berating and belittling, by intimidation, or under the guise of "guidance," "teaching," or "advice," the results are similar. Eventually, the recipient of the abuse loses all sense of self and remnants of personal value. Emotional abuse cuts to the very core of a person, creating scars that may be far deeper and more lasting than physical ones (Engel, 1992, p. 10).

No one intends to be in an abusive relationship, but individuals who were verbally abused by a parent or other significant person often find themselves in similar situations as an adult. If a parent tended to define your experiences and emotions, and judge your behaviors, you may not have learned how to set your own standards, develop your own viewpoints, and validate your own feelings and perceptions. Consequently, the controlling and defining stance taken by an emotional abuser may feel familiar or even comfortable to you, although it is destructive.

Recipients of abuse often struggle with feelings of powerlessness, hurt, fear, and anger. Ironically, abusers tend to struggle with these same feelings. Abusers are also likely to have been raised in emotionally abusive environments and they learn to be abusive as a way to cope with their own feelings of powerlessness, hurt, fear and anger. Consequently, abusers may be attracted to people who see themselves as helpless or who have not learned to value their own feelings, perceptions, or viewpoints. This allows the abuser to feel more secure and in control, and avoid dealing with their own feelings and self-perceptions.

Understanding the pattern of your relationships, especially those with family members and other significant people, is a first step toward change. A lack of clarity about who you are in relationship to significant others may manifest itself in different ways. For example, you may act as an "abuser" in some instances and as a "recipient" in others. You may find that you tend to be abused in your romantic relationships, allowing your partners to define and control you. In friendships, however, you may play the role of abuser by withholding, manipulating, trying to "help" others, etc. Knowing yourself and understanding your past can prevent abuse from being recreated in your life.

Are You Abusive to Yourself?

Often we allow people into our lives who treat us as we expect to be treated. If we feel contempt for ourselves or think very little of ourselves, we may pick partners or significant others who reflect this image back to us. If we are willing to tolerate negative treatment from others, or treat others in negative ways, it is possible that we also treat ourselves similarly. If you are an abuser or a recipient, you may want to consider how you treat yourself. What sorts of things do you say to yourself? Do thoughts such as "I'm stupid" or "I never do anything right" dominate your thinking? Learning to love and care for ourselves increases self-esteem and makes it more likely that we will have healthy, intimate relationships.

Basic Rights in a Relationship

If you have been involved in emotionally abusive relationships, you may not have a clear idea of what a healthy relationship is like. Evans (1992) suggests the following as basic rights in a relationship for you and your partner:

What Can You Do?

If you recognize yourself or your relationships in this article, you may wish to: 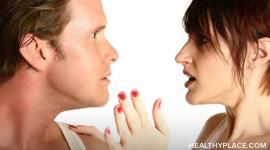 Abusive Relationships and How to Deal with Them 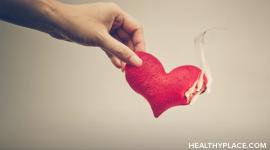 What Constitutes an Unhealthy Relationship? 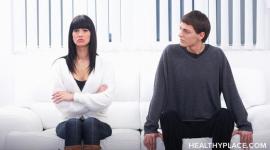 What to Do About an Unhealthy Relationship 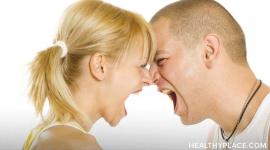 How to Resolve Conflicts and Prevent Violence

Resolving Conflict in a Relationship

It All Begins With Awareness

How to Tell the Difference Between a Healthy and Unhealthy Relationship