Problem Solving #4: The Six Aspects Of A Problem (Part 2)

Self-Therapy For People Who ENJOY Learning About Themselves

THE PART I PLAY IN THE PROBLEM

When we pretend we don't have any responsibility for a problem, we say things like: "It's Not My Problem!" - "I Didn't Do Anything Wrong." - "It's All Your Fault." - "You'll Have To Fix It!"

How Do We Know That We ARE Part Of The Problem? We ALWAYS play a part in any problem that exists between us and other people. But it's important to realize that we don't have to DO anything to be a big part of a problem!

If your partner says "I have a problem with the way you do dishes" you might say "It's not my problem. It's your problem that you want me to do them differently."

SAYING that you don't have a part in the problem, doesn't make it so! In this example, the part you play in this problem might be: - That you drop every third dish(!).

If you drop every third dish, you probably admit that you are at least part of the problem! But if you don't keep your word about when you'll do them or if you simply refuse to discuss the dishes, then your part of the problem is a PASSIVE part.

Many problems have both an ACTIVE and a PASSIVE participant. The active person is at least putting their beliefs "out there" to be seen. The passive person is staying hidden, and their role may be overlooked.

The worst example of passivity in problem solving is in abusive relationships. The person who is being abused keeps saying "I didn't DO anything!" but they DID do something very, very important! They TOOK the abuse, passively, even after they KNEW it was going to happen again. Their passivity is an extremely important part of the problem!

Tell Yourself: "I am part of this problem. Something I DID or DID NOT DO contributes to it!"

THE PART THE OTHER PERSON PLAYS IN THE PROBLEM

When we pretend the other person doesn't have any responsibility in a problem, we say things like:

How Do We Know The Other Person IS A Part Of The Problem? (See "How We Know WE Are Part of the Problem".... Just reverse the pronouns....)

This can be pretty serious stuff. It may be based on self-hate, intense fearfulness, or both.

Tell Yourself: "The other person IS responsible for what they do or don't do. It is NOT all my fault or entirely my responsibility to fix this." (If necessary, add: "I will not take being mistreated!"...)

THE ROLE OF THE SITUATION: "Are There Other Important Factors?"

Sometimes the situation really doesn't matter. If the "situation" in our example is only "the kitchen," there isn't much we need to say about it.

But what if one partner's parents are taking a side in the dispute? What if someone's religious beliefs are involved? What if someone believes that the only way to do dishes is the way they think "everyone" does them (and this is defined by what they've seen on TV)?

How Much Does The Situation Matter? Each person determines the amount they let these elements influence their decisions.

What matters is whether we take responsibility for making our own decisions or we blame outside factors for "making us" do what we choose to do.

Saying you "have to" do something the way your parents or your religion or your culture says, is a cop out. You make your own decisions, regardless of the amount of pressure around you.

Saying you LEARNED FROM your parents, religion, or culture and you picked out the good stuff and threw away the bad from each source is being responsible.

When Your Partner Wants to Share Opinions With You
Problem Solving #4: The Six Aspects Of A Problem (Part 2) 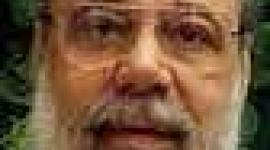 About Me Professionally
How Happy Couples Stay that Way

Depression and the Subtext of Family Life

How to Stop Thinking Negatively About Yourself

I Want Help With Children

When Your Partner Wants To Take Care Of You