A list of homeopathic remedies for treatment of psychological disorders like depression and anxiety and other health problems.

How to use homeopathic remedies

If you're suffering from a particular ailment, first take a look at Ailments. From the remedies recommended, choose one that most closely matches your symptoms.

It's best to consult a qualified homeopath to determine the remedy most suited to you for any given complaint and the best dosage. The most common over-the-counter dosages are 6C or 30C, but stronger remedies can be prescribed by practitioners.

Remedies may be taken in pill, powder, granule or liquid tincture form or as ointments or creams. The most common form is tablets or tiny pills made from a lactose base. In case of lactose intolerance, those with a sucrose base can be obtained.


It's best to take the remedy 20 minutes before or after food. They shouldn't be handled; instead, drop directly into the mouth and allow to dissolve under the tongue.

Avoid any strong tastes or smells that could interfere with the remedy's effect. Stop consumption of coffee and mint (including mint toothpastes) and anything containing menthol or eucalyptus, for example. Store the remedy in a cool, dry, dark place away from perfumes of chemicals.

In order to get the best possible results, you should also be aware of the following points:

Side effects are rare, but occasionally symptoms worsen before they get better. This is a recognized effect known as the 'healing crisis' and should last no longer than a day or so. If symptoms persist, seek professional advice.

The list of commonly used homeopathic remedies below is designed to give information about the pattern of symptoms associated with each remedy and the type of ailment for which it may be used.

Pattern of symptoms: contradictory symptoms, such as an empty feeling in stomach which isn't relieved by eating; grief, despair, disappointment, aggravated by stimulants such as coffee; symptoms improve with warmth. Common uses: bereavement and separation, emotional upset, depression, anxiety, irritating cough, sleeplessness due to shock, violent headaches or indigestion due to emotional upset, piles, hiccups, sore throat that's worse when not swallowing.

Sulphur
(Sul. or flowers of sulphur)

Pattern of symptoms: smelly discharges, bad breath, hot feet, extreme thirst, untidy, averse to washing, disorganized, impatient and critical; symptoms get better with fresh air and worse after baths and changes of weather. Common uses: eczema and skin rashes (but consult a professional homeopath to ensure this is the correct remedy if the condition is severe), scaly skin and scalp, coughs and colds with dry nose and smelly catarrh, sore throat, earache, eye inflammation, fever, headaches, joint pain, restlessness and insomnia, burning or itching piles, diarrhea in early morning, indigestion, measles. Caution: don't use if there's a history of tuberculosis.

Please note: every effort has been made to ensure that the information and guidelines in these lists was correct at the time of launch (October 2002). However, information and recommendations change periodically in the light of new findings and best use may vary from person to person. Therefore it's always advisable to consult a qualified practitioner for advice. 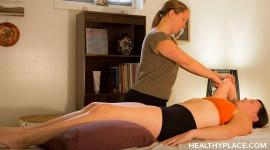 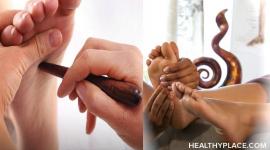 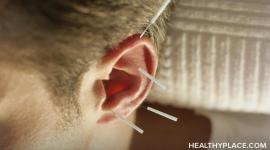 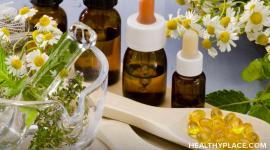 Alternative Treatments for Depression and Anxiety

Can the Information Highway Lead to a Better World (and a Better You?)

Autogenic Therapy for Peace of Mind

Mommy Do You Love Me?

On Forgiveness: An Interview with Dr. Sam Menahem