Binge eating disorder can control your life -- if you let it. It is a major mental illness that can lead to an entire host of problems in a person's everyday life. There can be periods of relative calm where the problem is not at the forefront of a sufferer's thinking every day. But there can also be days where the struggle is too much to bear and things quickly get out of control. At times binge eating disorder did control my life. 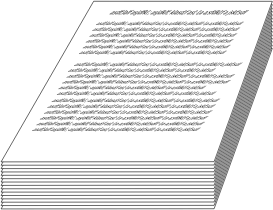 and 2008. It's part journal, part fiction, all incredibly difficult to read. I had neither been diagnosed with bipolar disorder or binge eating disorder at the time I was writing it and I was at a terrible place with my eating.

My writing details me going on starvation diets, overeating once those diets failed, feeling horrible about myself, my weight, my body image, and one section even lists a journal of what I ate every day. Some days, I had water and a caffeine pill. Other days, a can of Dr Pepper.

There was a constant theme in these passages where I would discuss how being thin was the key to happiness and how, since I was not thin, I was not allowed to be happy. I wrote about how people would treat me better if I was thinner and men would want to date me and that I would be able to like myself if I better fit into society's idea of what a woman should look like. It baffled me to read what I wrote almost a decade ago and see just how harmful my views were.

What really disturbed me about my writing, however, was that I was so focused on the awful thoughts that I was having about myself that the idea that I had a serious, diagnosable problem like binge eating disorder never occurred to me. I had always had problems with food and this was all just more problems. I was struggling so much and lying to everyone around me about what was going on with my weight and eating.

I wrote an entire passage about how I lied about how much I was eating and then binged in private when my resolve from my starvation diet finally gave way. I was so proud of how I had fooled everyone into thinking that I didn't have any issues with food when the reality of the situation was that I was very deeply in trouble and I desperately needed help.

Dealing with a mental health issue such as binge eating disorder is a difficult and complicated process. But you are not alone and you don't have to live this way. You don't deserve to be in so much pain and you should never hate yourself because of your eating. Go see a doctor, work with a binge eating disorder therapist, find a support system (Binge Eating Disorder Support Groups). Don't let toxic thoughts take over your life and convince you that you're not worthy of love or respect all because you're not thin enough. Binge eating disorder is not easy to cope with, but it's possible. Never stop trying to improve your relationship with yourself and what you put into your body.

Hey tammy, I suffered from BED and still am suffering from anxiety attacks. However, I can confidently say that I have stopped binge eating and can control my cravings. There is a book called "Brain over Binge" which was really the main driving force that led me to learn about why I binged and how I could stop; I really recommend it.

I also suffer from BED. I notice it most when I have anxiety. I have huge self image and self esteem issues even though everyone constantly tell me how beautiful I am. I am about 50 lbs overweight and hate myself. Its a viscious cycle. Constantly have negative and toxic thoughts about myself that I try and counter with positive affirmations. Can say them all you want but doesn't work if you don't believe them! Drown my sorrows in food which makes me feel good at the time but afterwards makes me feel even worse. What kinds of things do you do to avoid the binges?

I'm so sorry to hear that you're struggling with this. I saw in another comment that you mentioned working with a therapist. That is a great start to developing coping mechanisms. As for how I avoid binges, I think that would be a great article. Check back to the site in a few weeks and I'll post everything that I do keep myself from binging. Best of luck on your journey. And don't stop saying the positive affirmations. One day you will believe them.