Binge Eating Disorder: A Secret You Should Talk About

How Do You Keep Binge Eating Disorder a Secret?

Keeping binge eating disorder a secret can happen in a variety of ways. Some people are distressed at their eating and know they're eating too much, too fast, etc.. Sometimes when people play the binge eating disorder food police and make comments about eating or don't understand that binge eating disorder is a real illness, they can be unsupportive, making the sufferer want to disguise their behaviors. This way to avoid comment and criticism can prevent someone from wanting to seek treatment.

When I Kept Binge Eating Disorder a Secret 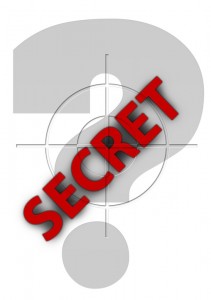 Being that my binge eating disorder is comorbid with my bipolar disorder, when it came to hiding a psychiatric illness, I was already very experienced. When I was younger, I hid that I was on starvations diets. When I got to my mid-20s, my binging was out of control and I started to hide that, too.

Part of it was that I was in denial about how much weight I was gaining and just how far out of control I was. Between my weight cycling and starvation diets, I didn't really know what average eating habits were. My eating habits were mine and starving myself, binging, and everything in between was completely normal to me.

The problem with keeping binge eating disorder a secret is that you can't get help for it if you're not up front about what you're facing. It took me reaching a real low point in my binge eating disorder to come to terms with the fact this was not okay, and I needed to do something about it.

Find Star on Twitter, Google+, and on her personal webssite.

APA Reference
LaBranche, S. (2016, January 21). Binge Eating Disorder: A Secret You Should Talk About, HealthyPlace. Retrieved on 2021, July 29 from https://www.healthyplace.com/blogs/bingeeatingrecovery/2016/01/keeping-binge-eating-disorder-a-secret