Why Do I Want to Binge Eat When Good Things Happen?

When dealing with binge eating disorder you might still want to binge even when something good happens to you. It had never occurred to me that this would be the case until it happened a few days ago. To say I've been struggling to find steady employment after graduating with my undergraduate degree would be an understatement. I finally got exactly what I've wanted for the last eight years and suddenly, I couldn't handle that either.

Why Would You Want to Binge Eat When Good Things Are Happening to You? 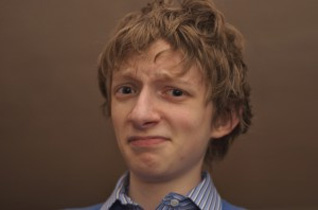 If anyone knows the answer to why you would still want to binge eat when good things are happening, please let me know. I have some theories, but none of them really make that much sense.

I remember sitting in my room at my desk after my job interview when I got the notification that my contract was being extended at another job. I had been in the interview for two-and-a-half hours. Although there were variables in play and I did not have an offer set in stone, it was clear that the team was interested in me joining, and it was overwhelming to have the interview go so well.

When the text rolled in and I was offered a second job, I realized good things were happening to me. My first thought was to binge. It felt like my brain didn't know any other reaction to significant news other than to find comfort in food. Instead of the news being bad, which I had had a fair amount of lately, the news was fantastic -- and all I could think about was binging.

Good Things Happened to Me and I Didn't Binge Eat

It was so strange to have these good things happen to me that I found I couldn't binge. Not only was the thought of doing so utterly jarring, but, at the time, I couldn't think clearly enough to actually prepare food to eat. My mind was racing so fast, eating seemed like a foreign concept.

Binge Eating Recovery Video: Wanting to Binge Eat When Good Things Are Happening to You

APA Reference
LaBranche, S. (2016, May 31). Why Do I Want to Binge Eat When Good Things Happen?, HealthyPlace. Retrieved on 2023, January 27 from https://www.healthyplace.com/blogs/bingeeatingrecovery/2016/05/when-good-things-happen-and-you-still-want-to-binge

Good things can be just as stressful if not more so than bad things. I tend to want to binge when there is change to adjust to. Just acknowledging the stress can help me get control and choose a better option.