People Can Change: My Reconciliation with My Family

According to HealthyPlace.com (What Is Borderline Personality Disorder?), borderline personality disorder (BPD) can be caused by abuse or neglect by a caregiver. As a child, I experienced both. It was so bad that I went to college one thousand miles away from home. My goal was to get as far away as possible.

But people can change. My parents and I now have a great relationship, in spite of my BPD.

How People Can Change 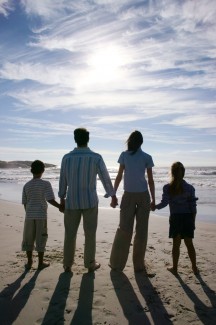 Some people change after giving up a negative coping skill, such as alcohol. Other people change when they go on medications--for example, my mother went on medications for menopause and became a lot more emotionally stable. Still others change after a religious experience--my parents both committed their lives to God when I was 18, and the difference was noticeable. Others change in healthy relationships--my brother Dan cleaned up his live when he met his now-wife Ivy.

Some people, however, refuse to change. When this is the case, it is necessary to look at the relationship and ask if it is one worth keeping. Family is not always a blood relationship (Borderline Personality Disorder: A New Definition of Family). Sometimes family is made up of people we choose to be our family.

For example, I have an AA family and a church family. They're not blood relations. But they're family because we love and accept each other more than we deserve. I can't imagine my life without them. I know I can rely on them.

When I was in college, some friends from church became concerned about my home life. To me, mental and emotional abuse were "normal". Eventually they, along with my therapist and psychiatrist, convinced me otherwise. At the advice of my church friends, I confronted my parents about the emotional abuse.

It did not go over well. My mother insisted they never did anything to me that I didn't deserve and said "I'm not going to pay my hard-earned money for some secular psychiatrist to tell you you've been abused." I never brought it up again. But my mother stopped the emotional abuse and eventually sought counseling. She changed, in spite of her denial of a need to change.

When I was at Larue D. Carter Memorial Hospital, a state psychiatric facility here in Indianapolis, the BPD program reached out to families. The objective was to help our families learn how to help us. Around this time, my parents got involved with the National Alliance on Mental Illness, and they learned what I was going through. This, more than anything, helped us to reconcile.

Understanding a family member's mental illness is key to a healthy relationship, regardless of past history. Abuse and neglect often occur due to a lack of understanding. Remove the barriers to understanding, and more often than not the relationship improves.

We don't have to be prisoners to the past. People can change. Reconciliation is possible. We just have to be willing to accept those facts while being willing to set boundaries for when people don't change.

APA Reference
Oberg, B. (2014, March 11). People Can Change: My Reconciliation with My Family, HealthyPlace. Retrieved on 2022, May 17 from https://www.healthyplace.com/blogs/borderline/2014/03/people-can-change-my-reconciliation-with-my-family