What the Hobby Lobby Decision Means for People with Mental Illness

The Supreme Court ruled 5-4 in Burwell v. Hobby Lobby that an employer does not need to cover contraceptives if it conflicts with a sincerely held religious belief. Some are saying it's a victory for religions liberty, others say it's a startling setback for women. The truth is probably somewhere in the middle. But this is a column about mental illness, and what the recent decision means for mental health consumers. In short, we're in danger.

Psychiatric medication saved my life. And it has saved the lives of many other people with mental illness. But there are some religious organizations that forbid the use of psychiatric medication like antidepressants. As Justice Ruth Bader Ginsburg wrote in her dissent, "Would the exemption . . . extend to employers with religiously grounded objections to blood transfusions (Jehovah's Witnesses); antidepressants (Scientologists); medications derived from pigs, including anesthesia, intravenous fluids, and pills coated with gelatin (certain Muslims, Jews, and Hindus); and vaccinations[?] . . . Not much help there for the lower courts bound by today's decision." 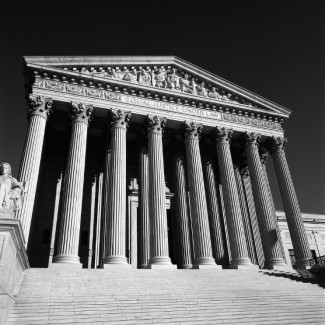 It's not just the Scientologists who forbid the use of psychiatric medication. I buried a friend who would have benefited from those medications because his church frequently preached that mental illness was demonic and the cure was a daily dose of Jesus. Medical science had no place in this church--I seriously saw them tell a woman with one leg to have faith and pray for a new one. This church and its satellite churches include several thousand people--should they be allowed to deny lifesaving medication because it conflicts with their sincerely held beliefs? Should they be allowed to refuse to hire or even fire someone with a mental illness because of their sincerely held beliefs?

Prior to Obamacare, individuals hospitalized for mental illness were often denied coverage. In my case, I could not get insurance so I used up all my assets and went on Medicaid. Gina Eckart, of Midtown Community Mental Health Center in Indianapolis, once told me, “Parity for mental health and addiction treatment has been an uphill battle. Most insurance companies do not offer extensive coverage for outpatient care, requiring co-pays of 50 percent or more and limited visits. This is, of course, very different from the standards for visits to primary care physicians and other healthcare specialists."

Even the Mental Health Parity Act of 1996, which prevented insurance companies from offering lower mental health benefits than physical health benefits, did not entirely alleviate the problem. According to the Centers for Medicare and Medicaid Services, there is no prohibition against increasing co-pays or limiting visits, imposing limits on the number of covered visits even if there is no comparable limit in medical or surgical benefits, or having higher co-pays for mental benefits than physical or surgical benefits. In addition to this, there was no requirement mental health benefits were offered.

Obamacare is an effort to fix that, especially the clause that eliminates pre-existing condition denial. We, as mental health consumers, have to stay informed as to how it and future court rulings will impact us.

Why Even Birth Control Matters in This

Ginsburg wrote that the Supreme Court of the United States may be headed into a minefield. One of those mines is treatment for mental illness. Where do we draw the line between religious liberty and medical necessity?

APA Reference
Oberg, B. (2014, July 1). What the Hobby Lobby Decision Means for People with Mental Illness, HealthyPlace. Retrieved on 2022, June 25 from https://www.healthyplace.com/blogs/borderline/2014/07/what-the-hobby-lobby-decision-means-for-people-with-mental-illness

What Happens When Your Dream Seems to Die?
Three Ways to Distract Yourself When You Feel Like Self-Harming
Danni
August, 4 2014 at 5:53 am

Spot on! And is it really anyone's business what and why we use medications? According to some people it is.

I also take the BC pill for psychiatric reasons- I have had PMS that put me in the hospital. Now I only get 3 periods a year, I know when they are coming- it is a lot better. I hope this ruling is not a slippery slope.
And yes, I would love to have some of my vitamins and supplements paid for- but I realize that anything that is not FDA approved is not going to get paid for any time soon.

I guess people can do what those of us who have suffered symptoms of mental illness and NOT done well with meds and have healed our brains with natural micronutrients. WE PAY FOR THEM BECAUSE INSURANCE WONT!!!!
Pharmaceutical drugs prescribed to me made me suicidal and I almost lost my life. I found out by tests that I paid for MYSELF that I had a MTHFR mutation that won't allow for certain enzymes to convert vitamin B which is essential to our mental health. I don't have a choice but to pay for the formula out of my own pocket that has saved my life and also the other 100,000 people over the last 18 years. When I was hospitalized it cost my insurance company well over 80k and they paid it and I guess are willing to pay for 1000's of dollars of meds every month but won't pay for a $49 supplement on a monthly basis. I took control over my own health and just realize that no one owes me anything for free.
While I have no problem with companies not paying for things if it doesn't agree with their moral values I understand how it may not seem fair, but whoever said life was fair.