Planning for the Future When You Don't Believe It'll Happen 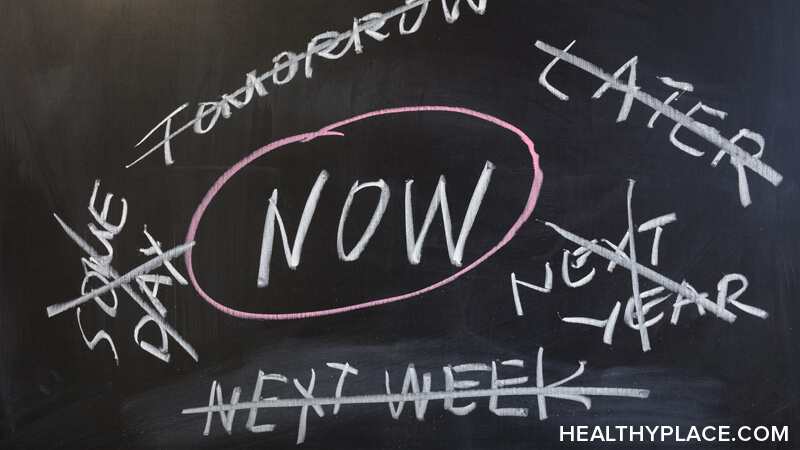 Planning for the future feels impossible when you're not sure if it will happen. Last week was my 26th birthday. For the longest time, I did not even imagine that I would live this long. Therefore, I spent many years stuck in my feelings and not making future plans.

When I was in my early 20s, I was in the worst grips of my borderline personality disorder (BPD) symptoms. I couldn't imagine a future where I would be alive in my late 20s. I couldn't see past the days that I was living, where it felt like such an effort just to get out of bed.

I dropped out of multiple university courses, switched degrees three times, and struggled to make it to classes. It felt like a waste of time. What was the point of a degree if I was never going to use it?

Depression sat so heavily behind my eyes that I could barely stay awake when I was at home. I continued with university out of habit and out of shame. All of my peers were achieving their degrees and succeeding while I hid in the shadows of my room.

Because I couldn't envision any kind of future, I didn't care what I did to myself. I didn't fear the consequences because I assumed I would never have to deal with them. I also struggled with so much self-hatred that I almost hoped that bad things would happen to me. I felt like I deserved them.

Planning for the Future

I left Australia on a one-way ticket to Argentina when I was 24. I had no idea what my future would hold, but I wanted to shake up my present. I spent months traveling without clear plans and enjoying freedom. However, it wasn't until I got to Peru seven months later that my attitude changed.

The biggest turnaround for me was when I decided to quit drinking alcohol. On a night out in Lima, I ended up in a potentially dangerous situation. I drank more than I could remember and had no idea where I was. My now-husband had to rescue me in the middle of the night. Reflecting on the experience, I was lucky that no one robbed me or worse.

After that night, I was so scared that I quit alcohol completely and resolved never to drink again. My 26th birthday was the first sober birthday that I've had since I was 17. Without numbing my feelings with alcohol, I've had to delve deeper into therapy.

I have also assumed more responsibility in my personal life. I have a husband and a puppy that I need to earn money to provide for. If I don't get up and work, then we can't pay the rent. If I don't leave the house to walk the dog, my husband will be pushed to the limits of his stress.

It's still difficult for me to think in the long term because I never imagined the reality I'm currently in. However, I'm finally starting to embrace the possibility of a future. I can start to think about owning a house, having a stable family, and long-term savings goals with my partner.

These things are simultaneously exciting and overwhelming because they're still so new. But for the first time, I look forward to seeing where my path will take me.

Are you planning for your future for the first time? Share your experiences in the comments.

Tags: planning for the future

The Pros and Cons of a BPD Diagnosis
Living with BPD During a Global Crisis Is Chaos Inside and Out
Lizanne Corbit
November, 9 2020 at 9:21 pm

This is a beautiful and honest read. The concept of planning and the future can be a tricky one to grasp even for someone not dealing with something like BPD. I think what you touch on here is something that many people will find some source of comfort in, a reminder it's not just them. Sometimes we can just plan for the "near" future, but it acts as a strong, small step toward longer and larger goals and plans.

Hi Lizanne,
Thanks for reading and taking the time to leave a comment. I'm glad that this post struck a chord with you. I agree that starting with the near future is much easier than trying to imagine many years down the track. It's something that we can build upon and create many interlinking goals that propel us forwards.