Where is Mental Illness Education? 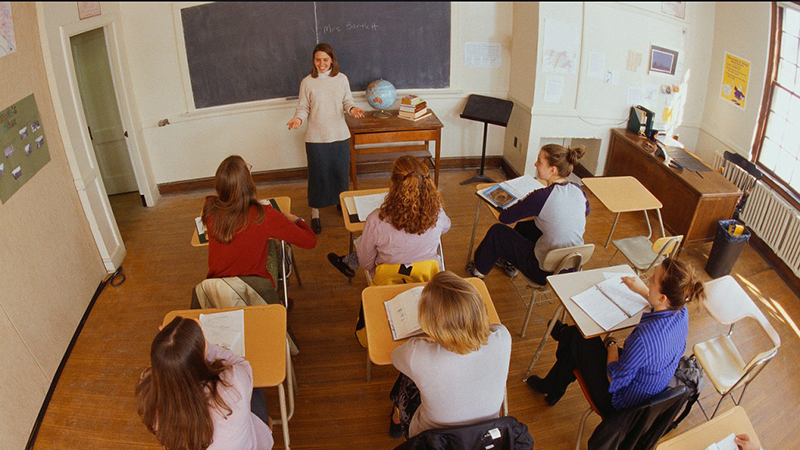 O Romeo, Romeo! wherefore art thou Romeo? Deny thy father and refuse thy name; Or, if thou wilt not, be but sworn my love, And I'll no longer be a Capulet.

There’s a piece of knowledge stuck in a cranny of my mind. Shakespeare. An important guy who wrote some important works, to be sure, and we all study him, for good reason. But how many of us use Shakespeare in our lives? Not too many, I’d wager.

Health education in schools is a bit tough because feuding political factions have to agree that something can be taught. It’s like that whole creationist nonsense. Somehow, science has to make even the most unscientific of people happy.

And health is the same way. In my high school there was hoopla around talking about HIV and AIDS because heaven forbid that may lead to a talk about homosexuality and that might turn all our kids gay. More nonsense from the unscientific among us.

I suspect, mental illness education is similar. While scientists and doctors agree that mental illness is a real thing and a physical thing at that, there is a vocal minority of people who say it isn’t so. And somehow schools have to make these unscientific people happy too.

Mental Illness Education Can Save Our Kids' Lives

And that’s a problem; because, unlike creationism, which doesn’t impact daily life, mental illness does. Mental illness impacts pretty much everyone, actually. Mental illness directly impacts one-in-four and serious, persistent mental illness affects a significant number of people, around 2% for bipolar I and II. That’s one-in-fifty people. That’s one kid in every other class in high school. And that’s not counting all the people who will develop other serious disorders like major depression and schizophrenia. I would say that at least one youth in every high school classroom will end up with a serious mental illness at some point in their lives.

Yet we’re not talking about it.

This is what we consider to be acceptable preparation before kids go out into the world? This is the preparation kids have about something that could potentially take their lives?

And did I mention we’re not talking about it?

I’m not saying we shouldn’t learn about Shakespeare or HIV and AIDS. These are extremely important things that youths need to know about, what I am saying though is that there’s a glaring omission in our current education system and it’s mental illness. This lack of education is robbing youth of the ability to make intelligent decisions about a critical aspect of their health.

If you’re lucky enough to have a child that attends a school that does make an effort to talk about mental illness, great, but if you don’t, talk to your school about it. Force your local school board to address the issue. Because that could save a life.

Eli Lilly – A Drug Company Without Horns and a Tail
Managing Bipolar Depression – You Should Know What Doctors Know
pete mosca
April, 27 2013 at 1:58 am

I come from an art background so mental health was there in sorts, through the music, pictures and literature of mental health sufferes. Unfortunately examples given were often exaggerated as caricatures of the artist but to me, their work still stood with an air of truth. What they were doing and expressing with their art.
I agree whole heartedly that mental health education needs to be in school and wonder if using the arts would be a good way to see what breathtaking beauty and mastery some sufferers have achieved.
As far as Shakespeare, This did and does stay with me,
To be, or not to be, that is the question:
Whether 'tis Nobler in the mind to suffer
The Slings and Arrows of outrageous Fortune,
Or to take Arms against a Sea of troubles,
And by opposing end them: to die, to sleep
No more; and by a sleep, to say we end
The Heart-ache, and the thousand Natural shocks
That Flesh is heir to? 'Tis a consummation
Devoutly to be wished. To die to sleep,
To sleep, perchance to Dream; Aye, there's the rub,
For in that sleep of death, what dreams may come....
P.S. Thanks for your blog. I enjoy it very much.

Thanks for this great article.I agree it's not being discussed enough, not given the same priority as other illnesses. Society want to live in denial& pretend it doesn't exist There's ignorance, mis-understanding & so much stigma surrounding Mental disorders. Not fair to those affected & the families who have to support them. I know b/c it runs in my family.

...Ah there it is.
Absolutely fabulous article. Why is it we don't teach kids anything real at all?