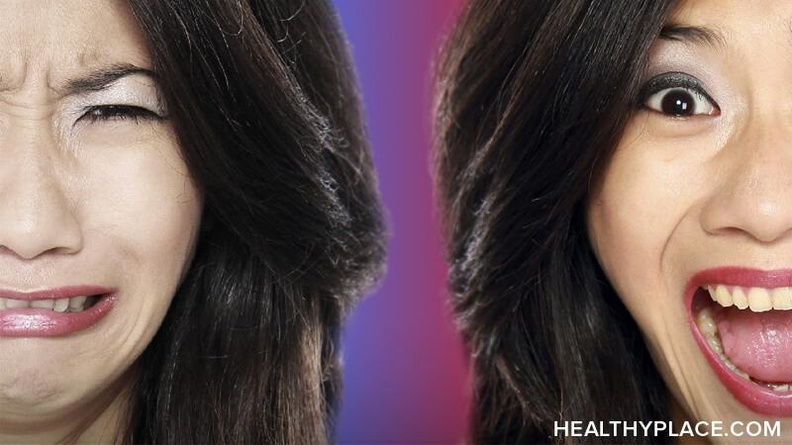 Bipolar moods vary in duration by person but typically, an untreated bipolar mood can last months or even years. All a bipolar disorder diagnosis requires is the presence of one manic/hypomanic mood episode and one depressed mood episode. This means that a person could be in a year-long depression and have only experienced one week of mania, a year ago, and still qualify for a bipolar diagnosis.

This is much to the surprise of many as there is a pervasive belief that bipolar disorder is about frequent “mood swings.” However, simply “being moody” is not indicative of bipolar disorder.

In traditional bipolar disorder, a person has no more than three bipolar mood episodes per year and can have fewer. For example, a person may be hypomanic for a month, then depressed for six months and then euthymic (symptom-free) for the rest of the year. In bipolar, most people experience more depression than mania/hypomania. In fact, in bipolar II, people spend up to 35 times more time depressed than they do hypomanic. 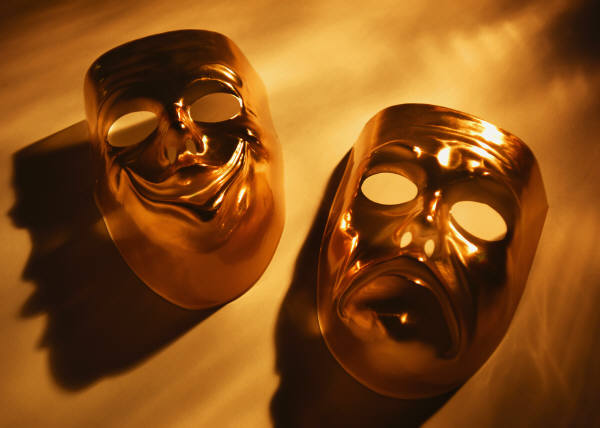 That, of course, is the rule, but there are exceptions. Some people have rapid cycling bipolar disorder. In this bipolar variant, people experience more than 3 mood episodes per year and moods can typically last weeks or months. Research has estimated between 13-56% of people may meet a rapid cycling diagnosis (the great range in estimates likely is due to differences in definition of “rapid cycling”). Rapid cycling is more prevalent in bipolar II and in women. Additionally, people who rapid cycle:

There is an even smaller number of people who suffer from ultra-rapid cycling bipolar disorder wherein moods can last only days or weeks. Finally, one rare variant, known as ultradian cycling bipolar disorder consists of moods that can be only hours or days long. Of course, when moods become a short as only a few hours, it can appear like the person is simply, “moody.”

Are People with Bipolar Disorder Moody?

So, on the whole, people with bipolar disorder are not just “moody” and with moods that last days, weeks, months or even years, you may not even be around when the mood “switches” occur. In fact, many times, the periods leading from one mood to the next change so gradually that they aren’t obvious to the person experiencing them let alone to anyone else.

What to Do if Someone with Bipolar Refuses Treatment
Do You Feel Forced to Multitask By Your Bipolar Brain?
Emily
May, 30 2013 at 9:59 am

Hi Natasha,
I've been reading your articles for a few months now and really appreciate your writing. I wanted to thank you for a reference you made (just a few days ago, i think) to pro-modal mania/manic symptoms. Reading about it really helped to understand that, yes, in fact, I was experiencing a lead up to my annual may/june manic episode. I'm forty and have only been diagnosed for about two and a half years, so I am still learning so much about the patterns; the way the illness presents itself in me. I definitely have two episodes a year: depression kicked off in late october to dec. which is pretty much only depression, mania (to whatever degree-now less with meds, but still happening), and then something deep in the middle of winter mid-december to mid-february that can switch back and forth between (rapid). I think I may get the months of February and September off from the roller coaster ride. My doctor just stated with sheer joy to me and his colleague who was sitting in on the appointment that I was: "a wonderful example of someone with rapid-cycling bipolar disorder". I really like him and trust him, so I didn't take offense. I definitely relate to the term rapid cycling at times. Right now, this spring it led up or the illness started presenting (i now realize) from late march/early april with a dip into depression; light, then more moderate symptoms; then, a week or two later it was up for two weeks, down the next two. Then, up one week, down the next; continuing on for the past two weeks as the rhythm squeezed in on itself and it became up two days up, down two. one day up, the next down...and now for the last giggly, irritable, twitchy, hypersexual, and at the same time bleak,dark week it's been depressed mornings and wacky high afternoons evenings. So, all over the place! I have some compensating meds from my doctor now that we think will nip it in the bud (no, this is not the fully blossomed flower, yet..not by a long stretch!) I have a positive outlook on the future here and the main reason why is because I figured out with the help of two people in my support system that something was going on! And that happened first with me reading your article, so thank you once again and I look forward to reading more. Thanks for giving me the space to share here :) Just seeing your Bipolar Burble posts come on my Facebook roll really helps me to remember I have it.

Hi Patti,
Considering you've only tried 3 medications, I highly recommend you work with your doctor to try something new.
That being said, to learn more about light and dark in bipolar disorder (and dark therapy) see here: http://www.psycheducation.org/depression/darkrx.htm
- Natasha

I have just been diagnosed with rapid cycling bi polar. I have very few hypomainia symptoms but severe scary depression that can last for years. I was raped three years ago and I am still depressed. Things tend to trigger deep dark depression where a shut down and cut off all people. Even without triggers I can go into a deep depression but not suicidal. I have been in the mental hospital twice. The depression and anxiety can overwhelm me. I have tried three medications that have not helped and the most recent Cymbalta has made me worse. Now I am trying to go off the medication which has pushed me into more hypomania episodes. I have heard of dark therapy. Do you have any information about this alternative therapy?