Depressed and Not Getting Better? Do You Have Mild Bipolar?

There are a significant number of people diagnosed with depression who don’t get better because they actually have bipolar disorder and have been misdiagnosed or have a mild form of bipolar. I was one of those people. Luckily for me, it only took about 6-9 months to correct the misdiagnosis but for many people, it takes much, much longer. Many people sit with a misdiagnosis of depression for, literally, years. And what doctors (and patients) should be thinking about is if a patient has been diagnosed with depression but isn’t getting better, does he or she really have mild bipolar disorder?

Why All the Bipolar/Depression Misdiagnosis?

The thing about bipolar is that most people present for treatment in a depressed phase – particularly in bipolar II. Often for people with bipolar II, hypomania feels “good” or at the very least some form of “normal” (for them) so they don’t recognize it as a symptom or a problem and don’t tell their doctors about it. 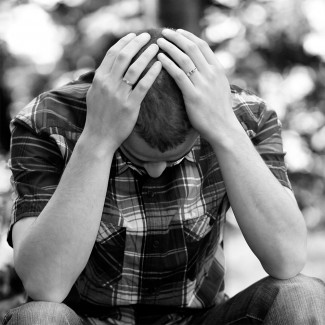 Also, in my experience, doctors are very bad at screening for hypomania (which is the defining elevated mood in bipolar II). Many doctors, especially general practitioners (family doctors), see all of the depressive symptoms and then only look for the most obvious signs of mania and assume if those aren’t present then bipolar must not be present. Of course, we know this isn’t remotely true.

An elevated, hypomanic mood is always harder to detect and it may take a specialist (a psychiatrist) to truly ask the right questions to spot it.

Depressed and Not Getting Better

These people, misdiagnosed with unipolar depression, generally don’t get better. One of three things generally happens:

Maybe You Have Bipolar – Considering a Bipolar Diagnosis

Now, honestly, if were a doctor and I had a patient with unipolar depression who was not reacting positively to antidepressants after several trials, I sure would look for bipolar disorder. But that’s me and I’m not a doctor.

That said, if you have depression and aren’t getting better, here are some times when you might consider a bipolar/mild bipolar diagnosis:

None of these things indicate that you must have bipolar, of course, but they are reasons to look for bipolar symptoms, consider a bipolar diagnosis and think about treating the illness like you would treat bipolar.

Depressed and Not Getting Better? Mild Bipolar

Keep in mind that bipolar exists along a spectrum. It goes from off-the-charts, easy-to-spot, discrete episodes of life-threatening mania and depression to much subtler versions that look a lot more like straight major depressive disorder. And you really shouldn’t have to care about that except for the fact that it will affect treatment. Antidepressants alone are not right for someone with bipolar depression like they are for a person with major depressive disorder.

So, in short, if you’re depressed, in treatment and you’re not getting better, discuss the possibility of bipolar/mild bipolar with your doctor and if you’re seeing your family doctor, get a referral to a psychiatrist because they’re the ones who are experienced in spotting those subtler versions of bipolar disorder.

APA Reference
Tracy, N. (2015, May 12). Depressed and Not Getting Better? Do You Have Mild Bipolar?, HealthyPlace. Retrieved on 2020, June 6 from https://www.healthyplace.com/blogs/breakingbipolar/2015/05/depressed-and-not-getting-better-do-you-have-mild-bipolar

Work and Bipolar Disorder – Dos and Don’ts for Success
Did Antidepressant Black Box Warnings Increase Suicides?
Guy
August, 24 2015 at 7:10 am

I think everyone I have ever known for longer than a year has exhibited signs of hypomania, including all my pets; in my pets i usually notice it by the first week. Am I a bipolar magnet?

I think there possibly is a bipolar spectrum but some things on the list are debatably common for depressed people in general. Having atypical depression, early onset, strange reactions to starting/stopping medication and having an antidepressant stop working over time haven't been researched enough so who knows. If a mood stabilizer works for you, though, more power to you.

I only recently found the psycheducation website after 7 years of mostly ineffective treatment for major depression. I was put on a mood stabilizer while I was hospitalized in March, and it helped. Then I found psycheducation.
I had no idea previously that hypomania existed and certainly had never been diagnosed with bipolar disorder. I still haven't been diagnosed with it, but my treatment is mood stabilizers and it is helping. It's like Dr. Phelps says on the website - the word is irrelevant. Diagnoses are only important in that it gives us a better idea of cause and/or treatment with medical problems. I had no idea that "soft" bipolar or a bipolar spectrum existed and kept being put on medications meant for treating depression.
I wish I had found that website a long time ago or at least had the knowledge I have now and been put on mood stabilizers 7 years ago when I started mental health treatment. Thank you for writing this. I hope that many people read your writing and check out his website.
I am happier now than I can remember ever being - and my psychiatrist says it is just happiness, not hypomania that I need to worry about. It's amazing!!! Most folks live like this, feeling happy most of the time with occasional low moods or events, maybe even feeling good when they wake up in the morning, like they can handle the day... the list goes on.
I thank God for this new knowledge and treatment focus and medication.

I've got depression for 22 years right now. I had an hypomaniac episode and my psichologist and psichiatrist are convinced it wasn't. Even my husband can describe my rare behaviour during the days this hypomaniac episode last. But they don't believe him or me. I suppose I have Bipolar II or a mild bipolar because I'm introvert too, but capable of being and open and talking person wich not is my real me.
I had the bad luck of needing an hospitalisation because I'm very suicidal too. For the very first time tne psichiatrist who treated pointed the possibility of a bipolar disorder and finally they began to give me mood stabilisers.
It's a very sad situation being misdiagnosed and then mismedicated. This fight with doctors don't help us or our family. Now I only hope a good treatment and medication. I don't mind what name they decide to use. But some specialists, here in Spain, try even to convince you that you have some other added problems to avoid recoignizing it's difficult the diagnosis and that they have comitted a mistake. You, me, only want to feel better...

I was someone who was prescribed antidepressants for severe depression (I was suicidal) and flipped right into mania. I quit my job (with no other job in sight) and headed straight to the Bahamas. By the time I got home, I felt rotten, crashed into depression again. I picked up a pamphlet on bipolar disorder during a visit and thought,"Oh my god, all these symptoms apply to me." The doctor did not agree. Within the next decade, I'd been hospitalized 5 times and finally was diagnosed with Bipolar Disorder. I can no longer take antidepressants. My teen son was recently diagnosed with bipolar disorder but only due to antidepressants. The doctor had initially giving him a mild antidepressant with a mood stabilizer (I would have insisted on the mood stabilizer anyway, though he was severely depressed). He rapid cycles now, but he has no choice, the level of depression he was experiencing was severe, suicidal, and psychotic. These drugs are not to play with. I wish more doctors recognized that. They should be dispensed with EXTREME caution as they can trigger that bipolar gene if you have it. Most people are horrible at detecting hypomania, the patient, the teachers (who thought my son was doing fantastic when he was hypomanic, even doctors and therapists.They rarely detect mine. I'm an outgoing, productive person while hypomanic but that is NOT the real me, who is much more of an introvert. Thank goodness the doctor recognized the hypomania in my son right away and I did not need to convince him. My son crashed, but not badly, because we caught it before it developed into full-blown mania or mixed mania. He son now has a diagnosis of bipolar disorder CAUSED by medicine...but he has no choice but to take antidepressants. We still have a very long way to go when it comes to diagnosing and treating bipolar disorder. Mainly, hypomanic symptoms should be matched with the person's personality, NOT what society thinks a person should be.

This post is really disturbing on so many levels.
First, it brings to light that bipolar disorder is widely over diagnosed, creating pain and robbing people of opportunities. A bipolar diagnose in and of itself, will impact someone's life, a loss of potential and opportunities those without it will enjoy.
Second it is misleading in what it does not say.
Antidepressants are simply ineffective for many people, nearly half, but those results are not published, leaving doctors and patients believing it is something about the patient.
It is time people begin to take back their power from psychiatry run amok by a DSM that has nothing to do with diagnosing anything.
It is little more than a dictionary that has caused tremendous pain and stigma.
Be very cautious about slapping a bipolar diagnosis on yourself or allowing someone else's self serving agenda to label and stigmatize you in this way.
Unless of course, you truly do wish to be a second class citizen in society.

Excellently written. As always. Thanks for all that you do to educate the public, Natasha. It is so appreciated