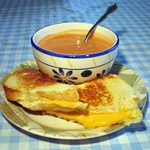 Today I was eating a grilled cheese sandwich in a local restaurant when two waitresses pointed their finger in my direction, laughed and spoke about the “voices in their head.” This is by no means the first time I had been harassed by strangers for the things that I write, and I am sure it will not be the last. I am, after all, a man who represents one of the most feared and stigmatized groups of people in the world. Most people I know have been very supportive of my writing and advocacy, but there are also those who cannot break down the wall of stigma and discrimination.

I will continue to write about Schizophrenia, despite anyones opinion, until I die. There are many people who suffer from this terrible illness, who are too embarrassed or crippled to speak for themselves. I can be one of many voices who speak for this forgotten and lost people.

One in a hundred people bear the taboo mark of “Schizophrenia”. It’s name alone conjures up fear and suspicion. Images of “Son of Sam” and the “Unabomber” dance through peoples heads, and are used as justification for the rampant stigma we face on a daily basis. In reality only a small fraction of people with Schizophrenia turn towards violent crime, and even fewer who follow a treatment plan. This is why it is important for everyone, that people with schizophrenia seek treatment and educate themselves about this illness.

I can see now that the waitresses at the restaurant were not evil people, but simply misguided by loaded preconceptions about people with this illness. Though I have not had a severe episode in almost five years, the mark of “Schizophrenia” on my sleeve still remains. It is a mark that will always be there and the people who mistreat me because of it, need to take a good hard look in the mirror. They may find something more troubling than a disease of the brain.

The living with Schizophrenia is not easy... You have not only written for yourself but also millions of people who re having the same illness. I do appreciate you so much! Keep writing and channel your voices to the world!

I never looked at it that way (strangely enough). Originally I used my writing as a tool to getting frustration out. I am glad that I inspire people however.

I commend you for your courage and strength. I am also a person that lives with a schizophrenia-related disorder; schizoaffective/bipolar type and i have been the victim of the ignorance of stigma and its esteem defeating ways when it is internalized. I too keep right on pushing and increasing my insight into both my illness and the stigma that surrounds it. Keep up your work and live a great live.

Thank you Ray,
I can imagine anyone with mental illness has experienced some degree of stigma. Many people are non-judgmental and understanding, but there are still many who are unwilling to see the disease for what it is. For schizophrenia the stigma is worse than most other mental illnesses, but there are still people out there who keep an open mind, and those are the best types of people anyhow.

Way to go, Dan. Never stop talking. The more positive messages and information that people see about any "hidden" illness, concern, issue or disability takes away another brick in the wall. My husband coped with bi-polar disorder for years and is our family's hero for doing so. Cancer took him last year and we all miss him dearly. His interest in life also was sharing with anyone who would listen the truth that mental illness is something that can be lived with and that people with any mental illness are first of all PEOPLE. Keep up the postings.

Yes, thank you for this article. I feel the same way about stigma. My diagnosis is Bipolar Effective Disorder and sometimes experience psychotic episodes and hear voices. Comments from some people hurt as I have been "branded" looney, mad, even psychopath. It is as if, in their misguided minds they see psychotic and read psychopath. I too will stick up for people with Schizophrenia, Bipolar Disorder etc. always. I have made many friends at the peer support group I attend and it is such a relief to be able to go somewhere where there is no stigma. Thank you again for your article.

Did you speak to the manager? Employees shouldn't be allowed to mock customers!

I didn't feel like dealing with the situation any further than it had already gone. It wouldn't have made me feel any better if they got in trouble, so I didn't continue the situation.