My History With Schizoaffective Disorder and Art School 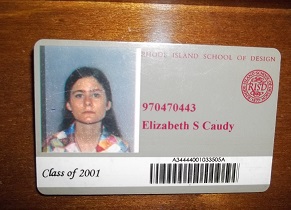 This was in the 1990s, when selective serotonin reuptake inhibitors (SSRIs), a type of antidepressant, first hit the market, and it almost got trendy to be on an SSRI. So I went on one, and I got better. I got a lot better, with dramatic bursts of energy. Pretty soon, I got manic. And my mania felt like a high -- until I had a manic psychotic episode and started hallucinating. That’s when my family, my doctors and I realized I had schizophrenia. It would later be diagnosed as schizoaffective disorder, bipolar type, meaning the schizoaffective hallucinations and anxiety often combine with swings from depression to mania.

Schizoaffective Disorder and a Psychotic Episode at Art School

I had been fine with the diagnosis of depression. I thought, “Great, I have depression, I go on antidepressants. Boom. I feel better.”

But it clearly wasn’t as simple as that (not that there’s anything simple about suffering from depression). I had created a fantasy world in my acute mania, which led to delusions, insomnia, and ultimately a psychotic episode while I was at the Rhode Island School of Design. Once the antipsychotic medication kicked in, I realized the people I thought were following me and watching me from television shows were delusions. The people weren’t there and the events had never happened. I was insane.

Does Schizoaffective Disorder Enhance My Ability to Create Art?

What really saved me at this time was literature. I read books about mental illness voraciously – I Never Promised You a Rose Garden by Hannah Green, Prozac Nation by Elizabeth Wurtzel and Girl, Interrupted by Susanna Kaysen. I made art about my condition.

But let me be clear: having schizoaffective disorder did not make me a better artist. During my manic episode, my grades slipped drastically. It’s hard to attend class regularly when you have no concept of time, and it’s hard to work on long projects when you have, as one professor put it, "the attention span of a two-year-old."

I Created Art With Schizoaffective Disorder -- But It Wasn't Easy

With treatment, and by working with the office for students with disabilities, I made it through both undergraduate studies at the School of the Art Institute of Chicago (I transferred there after my episode) and an Masters of Fine Arts at Columbia College, Chicago. I worked hard and loved the photographs I was taking. Professors reinforced the offbeat themes and compositions I pursued. But, sometimes, the medication made me so lethargic that I slept through class.

Creating Art Is Not About Schizoaffective Disorder or Schizophrenia

I really hate the argument that mental illness makes you a better artist. Both with and without treatment, that hasn’t been the case for me, at all. Artistic ability requires serious commitment, study, and discipline, none of which coincide with the manic or depressive state of mind. When I sometimes do still get manic, sure, I have a burbling overflow of ideas, which I jot down to consider when I am stable. Stability, for me, is when serious art gets made. And I wouldn’t get to stability, serious art-making, or much else without treatment.