My Schizoaffective Disorder Is Not My Fault 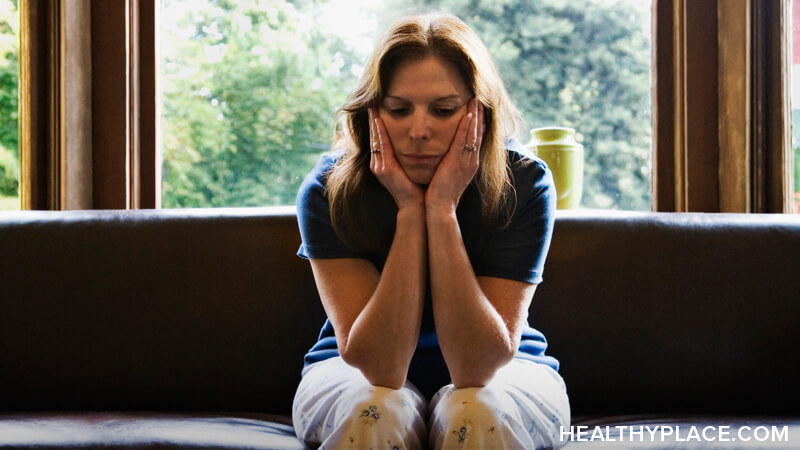 Schizoaffective Disorder Is No One's Fault

You Can't Wish for Schizoaffective Disorder

You might be too young to remember the early 1990s and grunge, or too old to have paid attention, but it’s the time when I came of age. It was a brief blip on the radar, punctuated by Kurt Cobain’s suicide when many felt depression was glamorized. Alternative bands like Radiohead wailed, “I don’t belong here.”

Blaming myself blossomed on a slippery slope in this era--I romanticized mental illness and thus developed it. The problem with this logic: you don’t get a disease because you romanticize it.

The fact is, I started experiencing depression and anxiety well before the grunge era. I was obsessed with the 1960s and its sanitized-for-kids message of sunshine, peace, and love. I even wanted to paint my bedroom walls yellow. Luckily, my mom talked me out of it. I was playing Help! by the Beatles on repeat and connecting with John Lennon’s cries for psycho-emotional help in a way that is unexpected for a 12-year-old. Nevertheless, no one was too worried about a pre-adolescent who loved listening to the Beatles, aced accelerated math classes, and took ballet classes four times a week (What Does a Depressed Child Look Like?).

You Can't Condemn Your Choices for Causing Schizoaffective Disorder

“Maybe if I hadn’t stopped working hard at my affluent, competitive high school where a large number of students in the top-track classes I was in went on to Ivy League schools.”

I went to the prestigious Rhode Island School of Design (RISD) and suddenly worked my butt off for the first time in God-only-knows-how-many years. Because of my psychotic episode, I transferred to the also very prestigious School of the Art Institute of Chicago (SAIC) to be closer to home. “What if I had gone to SAIC out of high school instead of RISD?” “What if I had stayed in the groove of working hard in high school as boot camp for what was to come?”

My uncle has schizoaffective disorder. He developed it in young adulthood, too. Article after article has been written about why serious mental illness rears its head at that time of life. If I had worked my butt off in high school, I may very well have developed schizophrenia or schizoaffective disorder in high school. If I hadn’t developed it in college, it probably would have shown up at an even worse time, like during my first job or when I got engaged.

My Schizoaffective Disorder Is Not My Fault

APA Reference
Caudy, E. (2017, April 27). My Schizoaffective Disorder Is Not My Fault, HealthyPlace. Retrieved on 2023, January 29 from https://www.healthyplace.com/blogs/creativeschizophrenia/2017/04/my-schizophrenia-schizoaffective-disorders-not-my-fault