Not Working Because of Schizoaffective Disorder, Schizophrenia 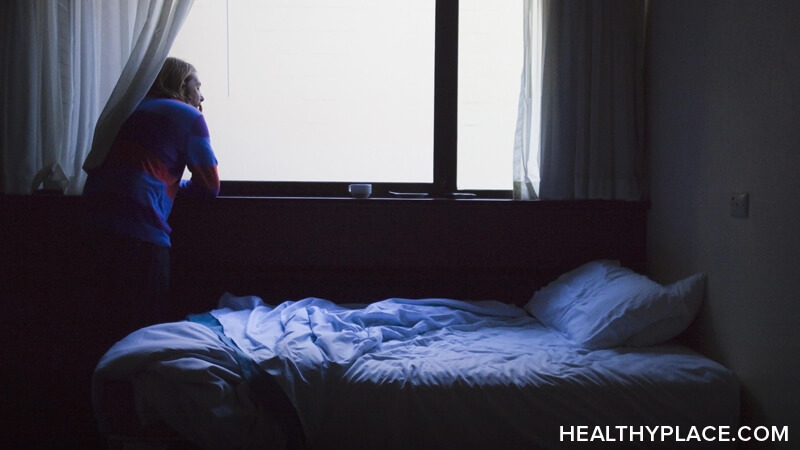 Sometimes people don't work because of schizoaffective disorder or schizophrenia. When you consider that we currently live in a political climate in which the government seems determined to slash Social Security and mental healthcare coverage, the challenges of working with a mental illness become even more alarming. I am very privileged in that even though I'm not working because of schizoaffective disorder, my support network allows me to live a normal life.

Not Working and Schizoaffective Disorder Makes Me Feel Worthless

I don’t feel good about having quit my job (Schizophrenia, Schizoaffective Disorder in the Workplace). I actually feel pretty worthless, because capitalism makes you feel worthless unless you’re making a lot of money. I still have this blog, so that gives me an important sense of helping others and pursuing professional achievement. Also, I’m married, and my husband works full-time. My parents are helping out, too. Yes, I’m very lucky.

I’m lucky except for the fact that I have schizoaffective disorder and generalized anxiety disorder. I am not able to function as the ideal worker our American culture expects and demands (Working with Schizophrenia and Succeeding at Your Job). Indeed, the man holding the office of President of the United States wouldn’t value me, if he knew me. Fortunately, he doesn’t. For one thing, I’m fat, and “no fat chicks” pretty much became one of his campaign slogans.

The reason I left my job resulted from a severe episode of depression. I became suicidal and checked into the Emergency Room of my local hospital. I enrolled in a partial hospitalization program, which meant I went to the hospital every day to learn skills for dealing with my mental illness but was not an inpatient. I actually enjoyed the program and learned a lot from it (Finding Help for Suicidal Thoughts in the Hospital).

Working or Not, Schizoaffectives, Schizophrenics Are Precious People

We all ask each other, “What do you do?” meaning, “How do you contribute to society and make money in return?” I can truthfully say, “I’m a writer.” But a friend and colleague suggested that a more positive question to greet others with would be, “What do you love?” How would it sound if I said this? “I’m working on loving myself.”

APA Reference
Caudy, E. (2017, May 11). Not Working Because of Schizoaffective Disorder, Schizophrenia, HealthyPlace. Retrieved on 2022, September 29 from https://www.healthyplace.com/blogs/creativeschizophrenia/2017/05/schizophrenia-schizoaffective-disorder-and-not-working

I Mourn Who I Was Before Mental Illness
Traveling with Schizophrenia or Schizoaffective Disorder
Munir
June, 1 2022 at 12:25 pm

It feels as though nobody understands me. I keep being told by my grandparents to go back to college or get a job. I honestly have a hard time doing the minimal. I hope God has us. As we let go and let God.

Dear Munir, thank you for your comment. I know what you mean about having a hard time doing the minimal. I'm sorry your grandparents don't understand your illness. I definitely believe that God has us. Best, Elizabeth

Growing up I was always taught that "real men work" well now I have schizoaffective disorder and I cant work. I get really depressed about this because I feel inadequate. America puts so much pressure on men to be the main bread winner but I'll never be able to do that. So yeah I get what you're going through. Please pray for me.

Dear Mitchell, Thank you for your comment. I get really depressed about not working, too. I had a good job for me for a while, but I had to quit because my symptoms were getting out of control. That was four years ago. I regret every day that I quit that job--it was the only job I'd ever been able to hold down for a long period of time. I beat myself up and call myself lazy. But if it came to going back to that job, I don't know if I'd be able to do that. I know there's extra pressure on men to be the primary breadwinner. I will certainly pray for you--please pray for me too.

I can relate too

I have administrative and not working either.I'm gonna probably be homeless one day

If you have a disability, including a mental illness, that keeps you from working, you can apply for Social Security disability benefits.

I'm so afraid of becoming homeless in the future due to my schizoaffective disorder. I have a support network, but I fear for my old age.

That was nice. I get it.