Schizoaffective Disorder and Marriage: Tips to Stay Together 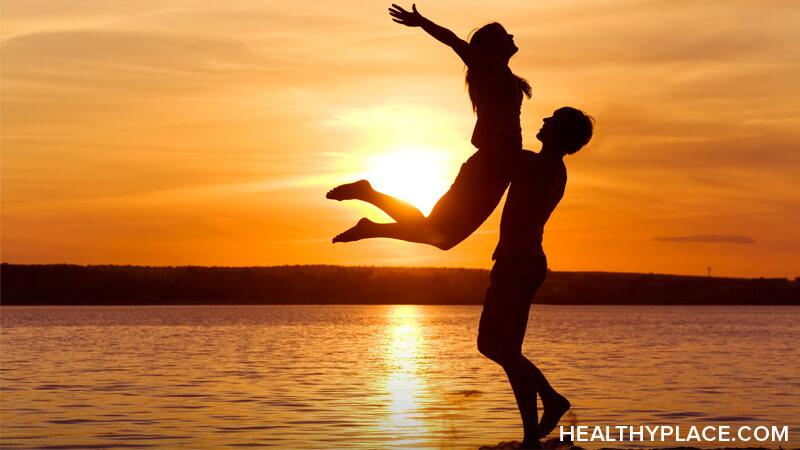 Patience Is Key with Schizoaffective Disorder and Marriage

Without hesitating, they both said, in unison, "Patience."

Tom and I grinned at each other and then turned back to the couple and Tom said, "That's our secret, too."

I've asked him similar questions several times in one day.

I think another thing that's really important in our marriage with schizoaffective disorder is that we make each other laugh. Having a sense of humor goes a long way. It's also really important to me that we can be silly around each other. For example, we have a stuffed cat named George. He's named after my parents' real cat. We bring our George out with us to lunch and dinner, especially if we're having sushi and/or ice cream because our George loves "fishies" and ice cream.

Another funny thing we do with George--if we are watching a TV show that says it has mature content, we bring George to the couch with us to provide "adult supervision." You see, George is much more mature than we are, as, perhaps, is evident by the fact that we carry him around in the first place.