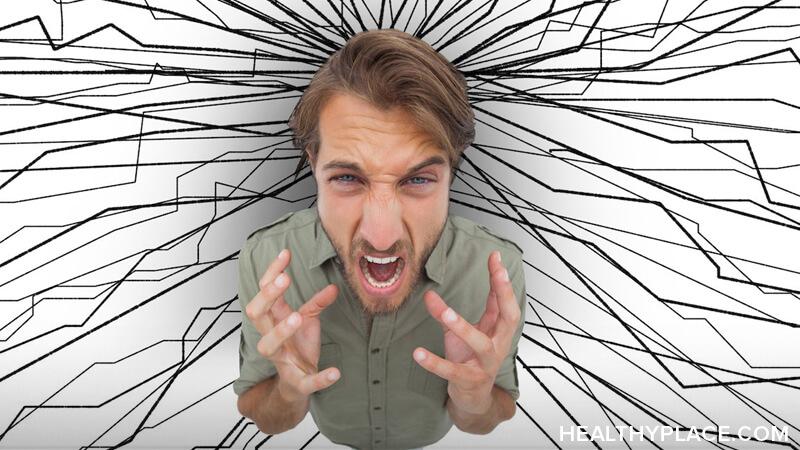 I was looking forward to January 6, 2021. That was a day of hope--that was the day Joe Biden would be confirmed as the next president. But something went terribly wrong.

I kept telling everyone I would finally be at peace with politics in this country after January 6, 2021. A lot of people replied that they would be happy after the inauguration but, after all the unfounded challenges, I looked forward to the formal ratification of the election in Congress. What we all had in common was that we had no idea about the catastrophic events that would unfold at our Capitol Building the day the electoral votes were counted there.

I was thinking of checking the news that day to see how things were going with the counting of the Electoral College votes in Congress. Then I got a notification on Facebook about the riots that were reeling out of control. So, I turned on the news. Let’s just say my schizoaffective anxiety was triggered.

There was a mob in the Capitol Building. Trump flags and “Keep America Great” flags and banners were everywhere--along with the violence of a takeover. None of the rioters were wearing masks. My most vivid memory of the footage is of Jacob Chansley (also known as Jake Angeli), the man with his face painted red, white, and blue and wearing horns shouting into a security guard’s face. Of course, he wasn’t wearing a mask.

At the time, I thought it was a coup. I thought the votes would never get counted. Later, when things had calmed down, I chalked that kind of thinking up to schizoaffective catastrophizing, but other people told me they had thought the same thing.

When I first turned on the news, I wrote on Facebook that I was watching the news and crying. I didn’t go back on Facebook for a while, but my sister and also one of my good friends texted me. My friend said to focus on taking care of myself. When I went back on Facebook, my sister had said that, if I could, I should turn off the news. I could see the news and the crisis weren’t changing; it was just more terrifying live footage of the looting, violence, and threats. Police and the National Guard would soon get it under control, but I didn’t know that. I turned off the TV and put on some music by Tori Amos, made tea, and put on a cozy robe to self-soothe. I still felt awful, though.

Volatile Politics Are Especially Hard for Someone with Schizoaffective Disorder

I don’t mean to suggest that my suffering is greater during these troubled times than anyone else’s, but it is particularly hard when you have a mental illness like schizoaffective disorder or generalized anxiety disorder to go through the volatile political climate we are witnessing right now. I checked the Internet periodically to find out the order of law had somehow been restored, and Congress would meet later in the day to continue counting the Electoral College tallies. But, honestly, this has been going on for me ever since Trump was elected and started going after healthcare.

There were other factors, but a meltdown over Trump getting elected resulted in me quitting my night desk job at my parish office and enrolling in an outpatient psychiatric program at my local hospital. ("Outpatient" means I went to classes at the hospital but went home afterward, whereas "inpatient" means you are full-time committed in the psychiatric ward.)

It’s been very hard for me to write this. I’m so upset over what is and has been going on in our country. As I write this, Biden hasn't been inaugurated yet. I am finding it difficult to think rationally, and my schizoaffective disorder doesn’t help. Plus, several people are dead because of the riots in the U.S. Capitol Building. I just hope Joe Biden’s presidency ushers in the kind of unity our country so desperately needs and that my own mental health won’t collapse under the weight of all this because, let me tell you, I am not feeling great right now.

How I Realized Holidays with Family Are Precious
Schizophrenia, Schizoaffective Disorder, and Valentine's Day
John Caudy
January, 26 2021 at 4:27 pm

I’m just so glad that Biden got in. These were hard to watch, but luckily these rioters are being brought to justice.
Luckily you are strong and a good fighter. Think of how many positive things will be coming our way with a President who has a considerable more amount of empathy than T45.
I love you so much Elizabeth❤️❤️ You are not alone.

Dear John, Thank you for your comment. Thank you for saying I'm strong and a good fighter. Sometimes I don't always feel it. I feel hopeful for our future with Biden as president too. It was just such a shame that I was so looking forward to that day and it turned into a nightmare, but at least it got sorted out in the end. Thank you for saying I'm not alone. One thing the comments I've gotten on my blog over the years is that I'm not alone. I love you so, so much, John.